Thursday's system is expected to bring lowland rain and mountain snow. However, we won't see snowflakes at sea level. 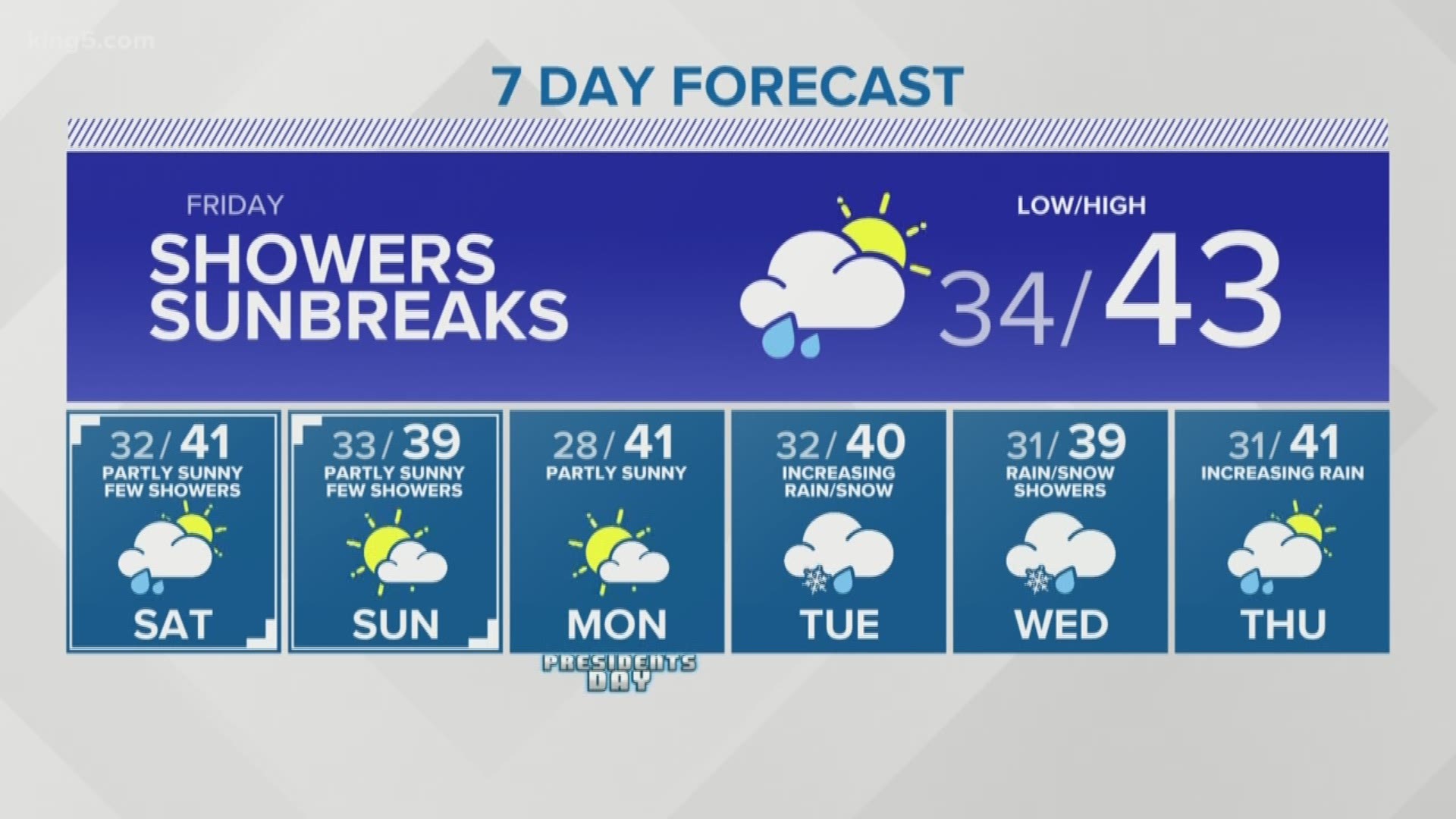 As the snow turns to rain in parts of Puget Sound, the risk of flooding increases, along with the potential for damage from rain-soaked snow.

Overnight freezing temperatures could prove dangerous by refreezing snow that melted during the day on Wednesday, making for an icy morning commute Thursday, according to the National Weather Service.

The combination of heavy rain, melting snow and clogged storm drains could cause flooding in urban areas this week.

Another system is expected to move through Western Washington on Thursday, bringing lowland rain and mountain snow. Between 6-12 inches of snow is expected at the Cascade passes. However, the snow levels will stay between 1,000 and 1,500 feet.

RELATED: The hazards associated with snowmelt in western Washington

Heavy snow has already caused damage across the region. In Lacey, a carport came crashing down on a row of vehicles at an apartment complex.

Resident Steve Hooper described the scene "like they demolished the Kingdome." 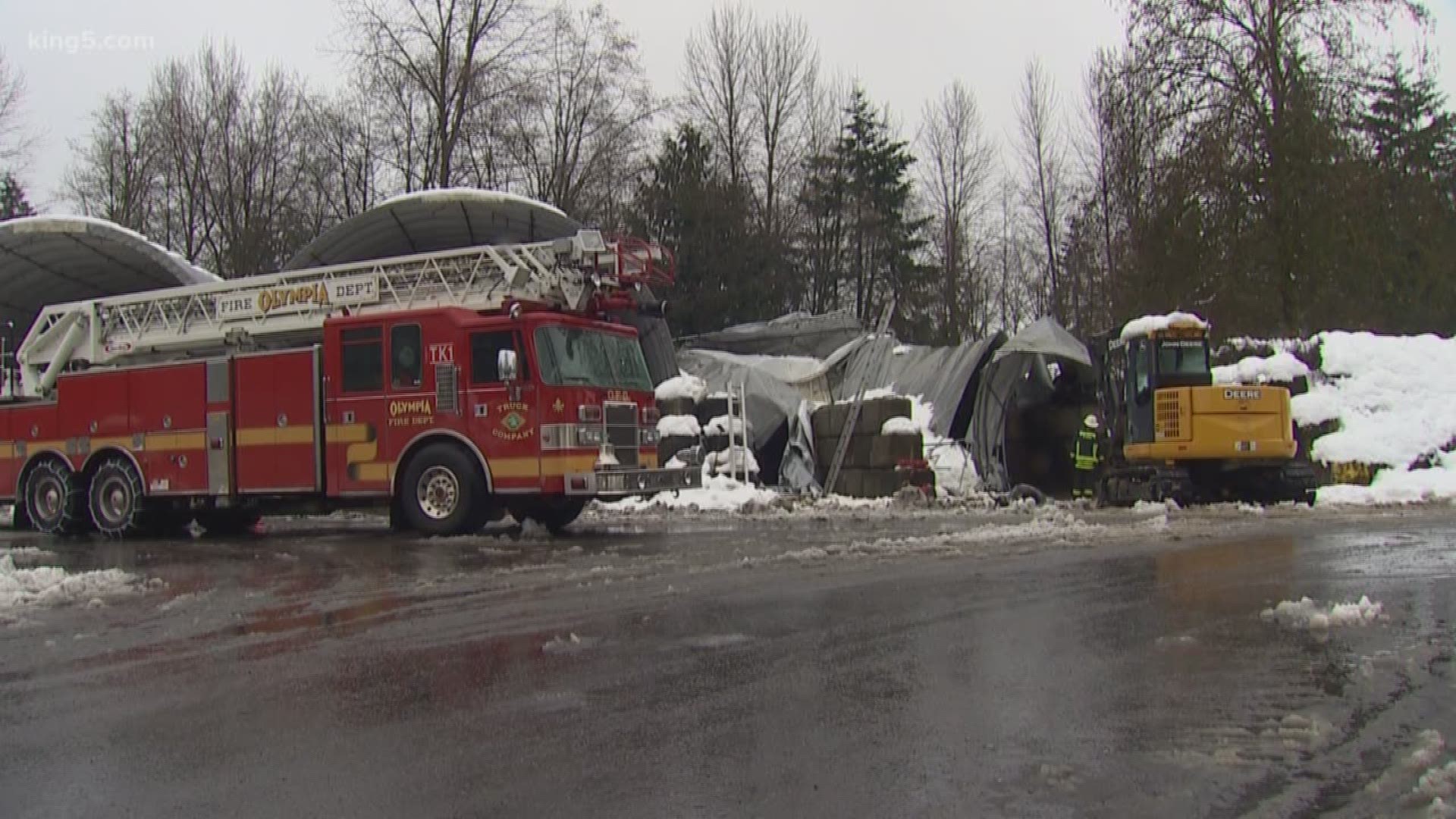 Both directions of I-90 over Snoqualmie Pass reopened by Thursday morning. Troopers and transportation crews led a convoy of semi trucks and vehicles off the pass on Tuesday afternoon.

The weather has resulted in a number of downed trees and power lines. King County officials said "numerous" trees reportedly fell across roads and that crews are responding "as quickly as possible."

In Seattle, Metro announced a 90 percent return to service by Wednesday, starting at 4 a.m. Mayor Durkan said the Seattle Department of Transportation is prioritizing school drop-off and pick-up areas and bus routes.

Seattle Public Utilities will continue working through next weekend to catch up on garbage collection.

Trooper Will Finn referred to travel over White Pass - used as an alternative to I-90 that remained closed due to heavy snowfall - as a "#HotMess."

WATCH LIVE: Radar of next snowfall

Governor Jay Inslee expanded a state of emergency in Washington ahead of the multiple storms. Inslee's proclamation grants state resources to assist in storm responses.

"Everyone in our state needs to focus on preparing for the snow and staying safe," Inslee said Friday when he issued the original proclamation. "Weather forecasters predict this may be a storm unlike one we've seen in many years. I encourage everyone to stay off the roads if possible and plan ahead if you must travel."

•    Stay off roads if at all possible. If trapped in your car, then stay inside.

•    Limit your time outside. If you need to go outside, then wear layers of warm clothing. Watch for signs of frostbite and hypothermia.

•    Avoid carbon monoxide poisoning. Only use generators and grills outdoors and away from windows. Never heat your home with a gas stovetop or oven.

•    Reduce the risk of a heart attack. Avoid overexertion when shoveling snow.

•    Watch for signs of frostbite and hypothermia and begin treatment right away.

•    Check on neighbors. Older adults and young children are more at risk in extreme cold.

RELATED: No salt, no problem: Alternatives to sidewalk salt during Washington snowstorm

RELATED: Sign up for text alerts for school closings and delays