'Best meteor shower of the year': How to watch the Perseids in western Washington

The Perseids are considered "the best meteor shower of the year," with 50-100 meteors every hour during its peak, according to NASA. 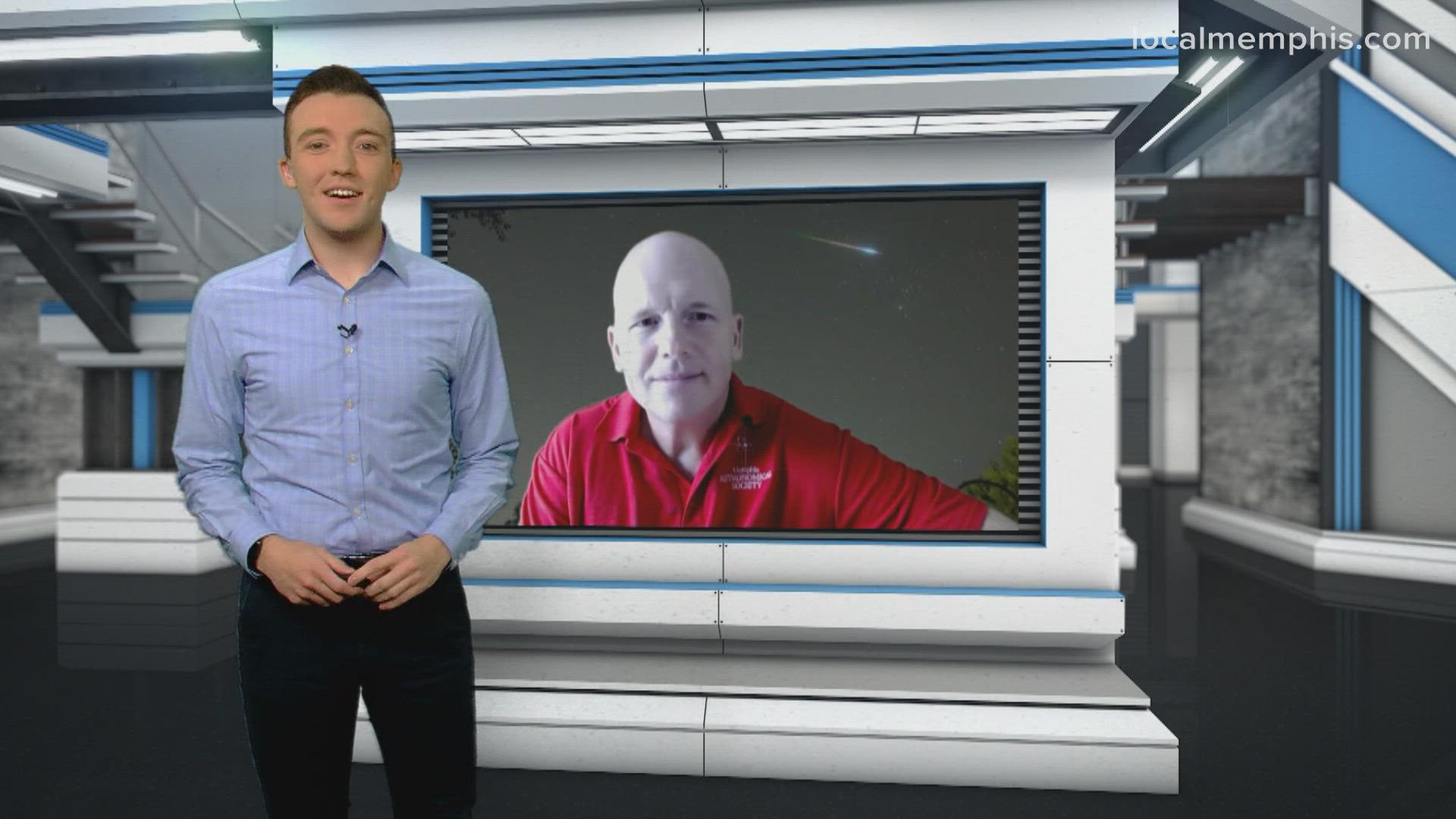 SEATTLE — One of the year's most exciting celestial shows is expected to peak Wednesday into Thursday.

The annual Perseid meteor shower, on display through Aug. 24, is considered "the best meteor shower of the year," according to NASA, with 50-100 visible meteors every hour.

The Perseid meteor shower is also known for the frequent occurrence of fireball meteors, which are meteors that leave a glowing trail behind for a few seconds.

These particular meteors are the result of space debris from comet 109P/Swift-Tuttle, which orbits our sun every 133 years. Giovanni Schiaparelli is credited with discovering that Swift-Tuttle was the source of the Perseids in 1865.

"Every year, Earth passes through these debris trails, which allows the bits to collide with our atmosphere and disintegrate to create fiery and colorful streaks in the sky," NASA explained.

This could be a great year to see the Perseids because the waxing crescent moon will set early in the evening. With the moon below the horizon most of the night, the meteors won't have as much light pollution from the moon. However, city lights can diminish the number of visible meteors.

How to see the Perseid meteor shower in western Washington

For the best viewing in the Northern Hemisphere, NASA recommends going out during the pre-dawn hours, although any time after 1 a.m. PDT is good. However, it is sometimes possible to view meteors from this shower as early as 10 p.m.

Credit: KING 5
The Perseids are considered the best meteor shower of the year.

Those hoping to catch a glimpse of this year's show can also use NASA's Meteor Estimator, which calculates how many meteors you can expect to see on a given date at a specific location.

Here in the Pacific Northwest, find a location as far away from city lights as possible. It's best if you have a wide-open view of the sky as you would in a field or a large lawn. Just lay down on a blanket or a lawn chair, and you're set.

The weather here in the Pacific Northwest will cooperate for a change as clouds and rain shouldn't be an issue Wednesday and Thursday nights. However, wildfire smoke is expected to drift into western Washington late Wednesday night into Thursday, which may obscure some of the fainter meteors.

Due to the possibility of wildfire smoke drifting in at the higher levels, KING 5 Meteorologist Rich Marriott said Wednesday night would be the best time to watch for meteors.

Increasing onshore winds on Saturday will begin to clear the wildfire smoke out of western Washington, and it should be mostly gone by Sunday.

On the bright side, it will be warm at night, so viewing the meteors will be more comfortable. 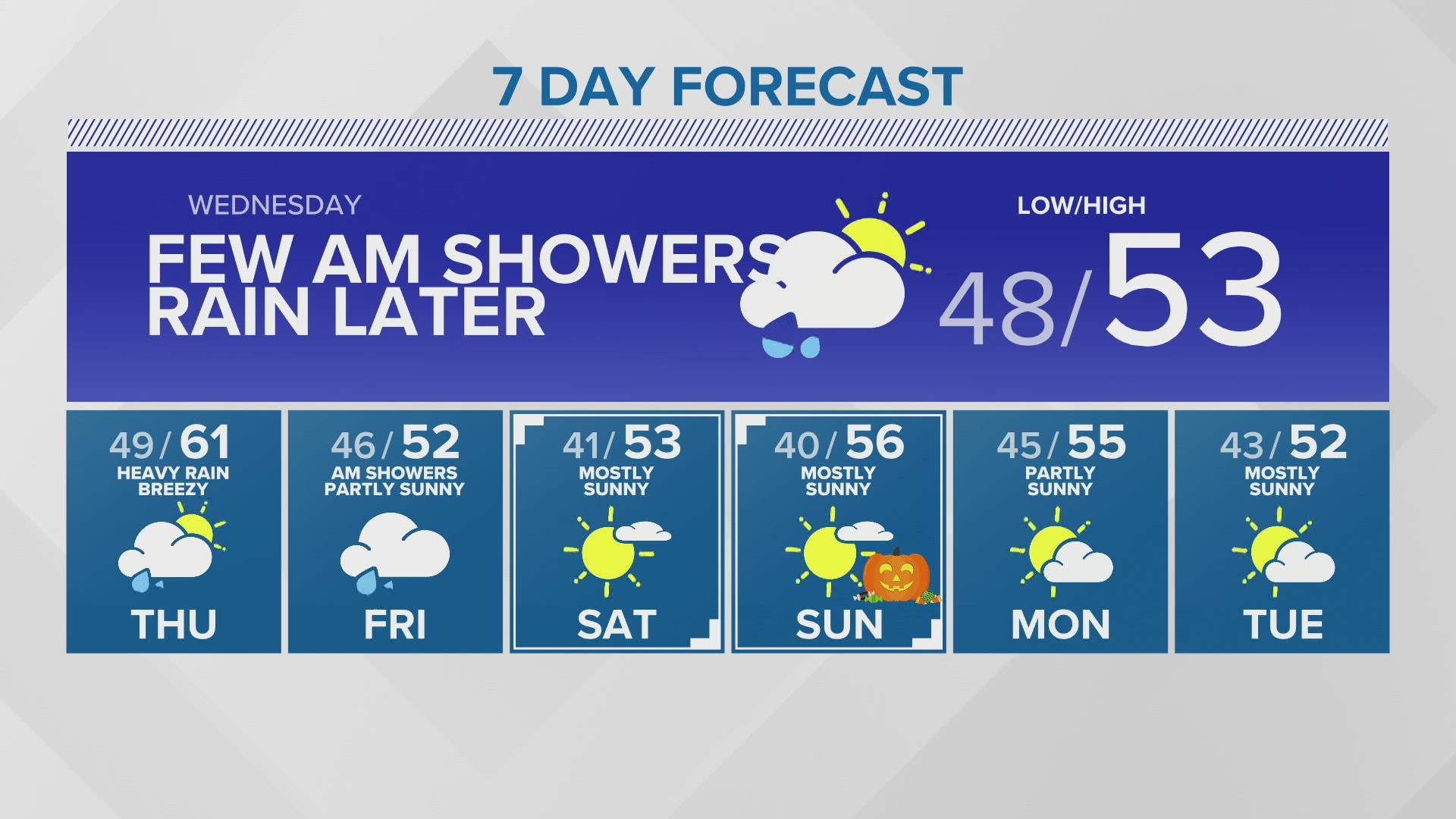