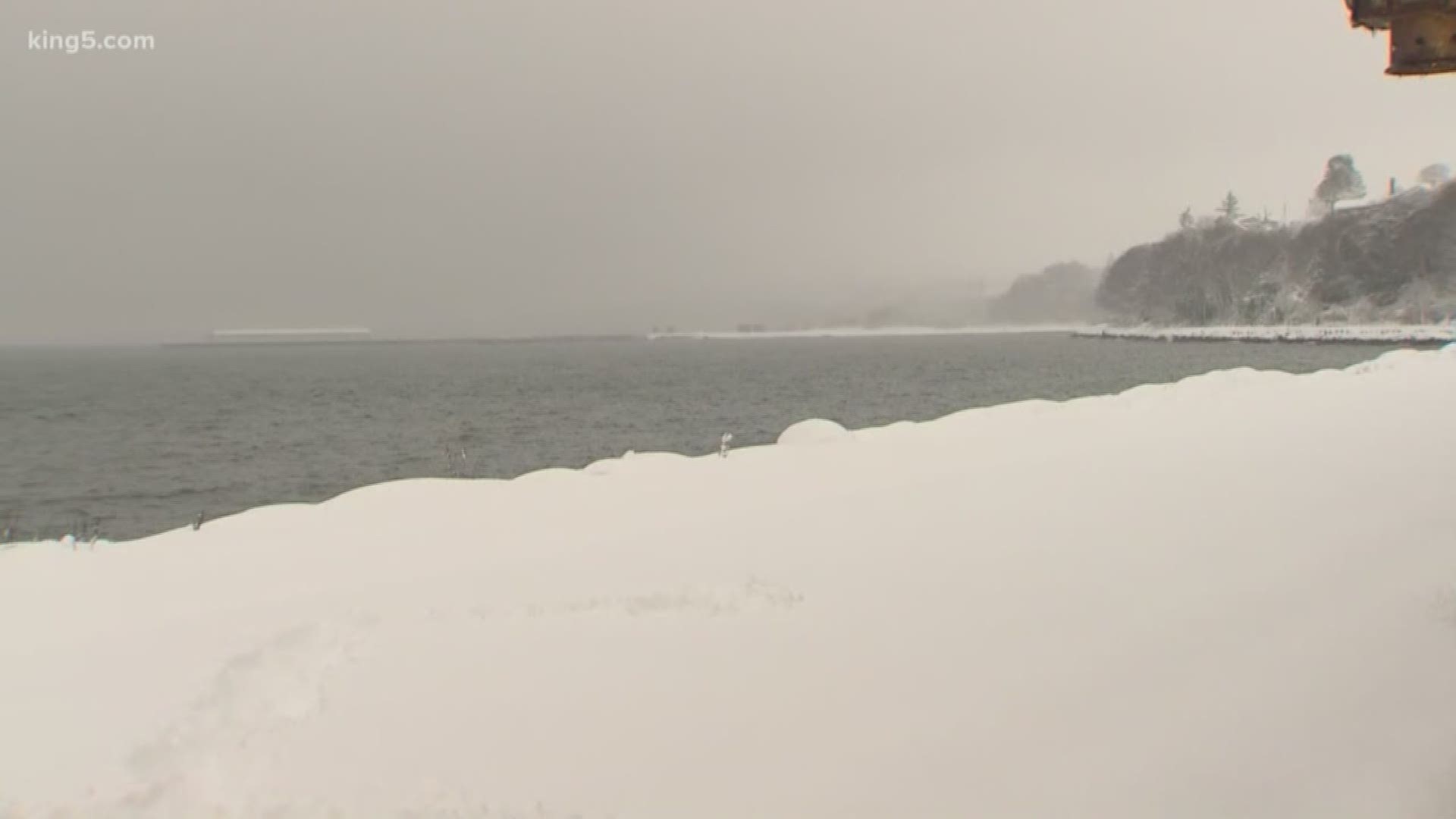 A midweek blast of arctic air dumped snow in Washington's Northwest Interior, but the South Sound hardly saw a flurry. Widespread snow started in the Olympic Peninsula Tuesday and spread to Snohomish and Kitsap Counties.

Initial reports indicate snowfall amounts in the 2-6-inch range in Skagit and Whatcom counties and along the Hood Canal. The northern Olympic Peninsula was hit hardest with reports of 18-21 inches of snow in Port Angeles overnight.

Over 200 schools canceled or delayed the start of class Wednesday due to exceptionally cold weather and road conditions. Click here to see if your district has a closing or delay. 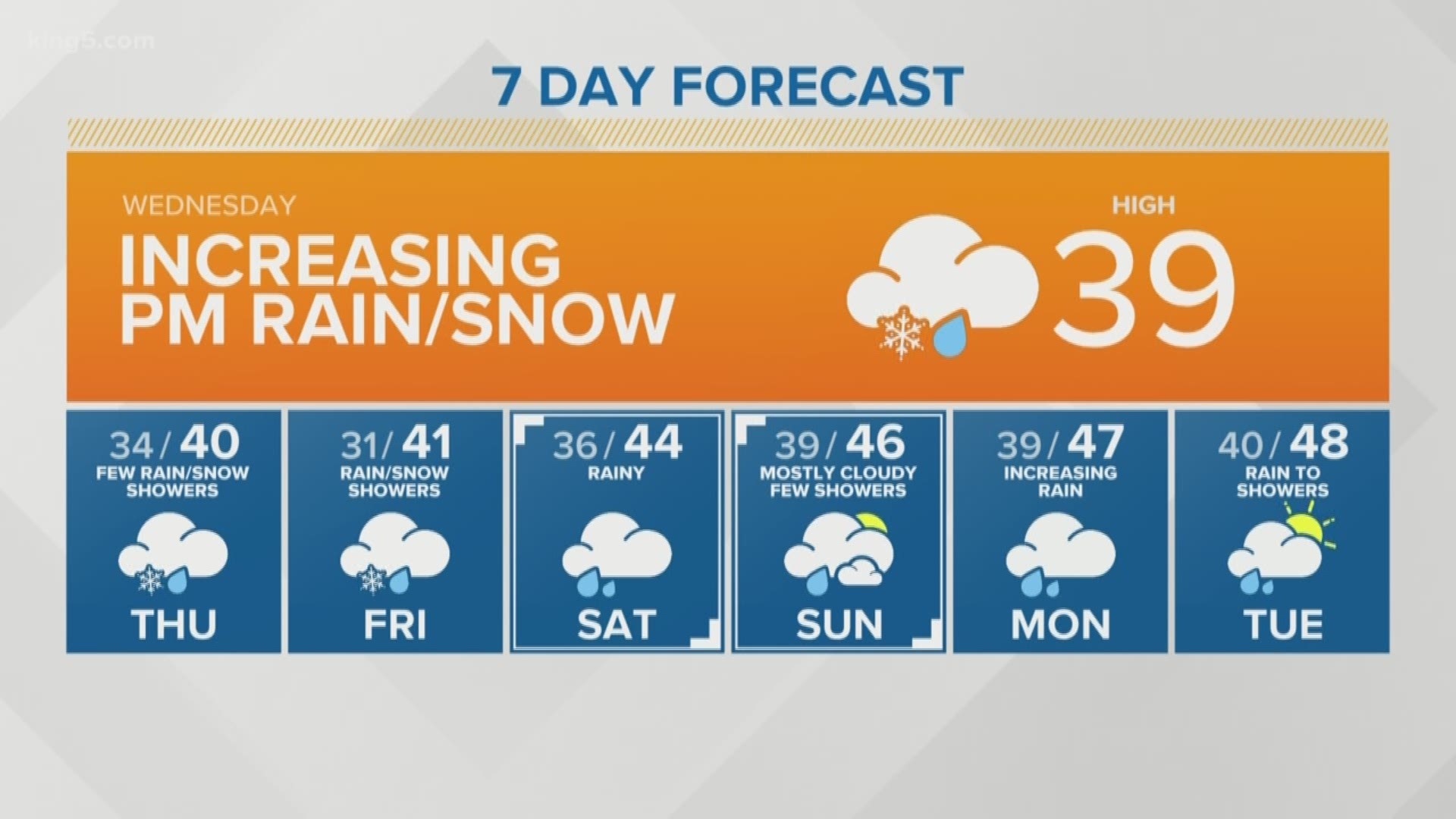 Gusty winds will develop along the Cascade foothills and over the waterways Wednesday afternoon and continue into Thursday morning. We could see east winds gusting to over 50 mph.

Areas throughout Puget Sound have been hit with power outages in the last few days. Gusty winds and heavy snowfall weighing down trees and even more areas could see downed power lines or trees on Wednesday.

The additional snowfall and the cold temperatures can create an icy nightmare for commuters. Give yourself extra time to get to your destination, slow down on the roads and increase your following distance from other cars to avoid crashes.

WATCH: A flight above a snowy Lynnwood neighborhood 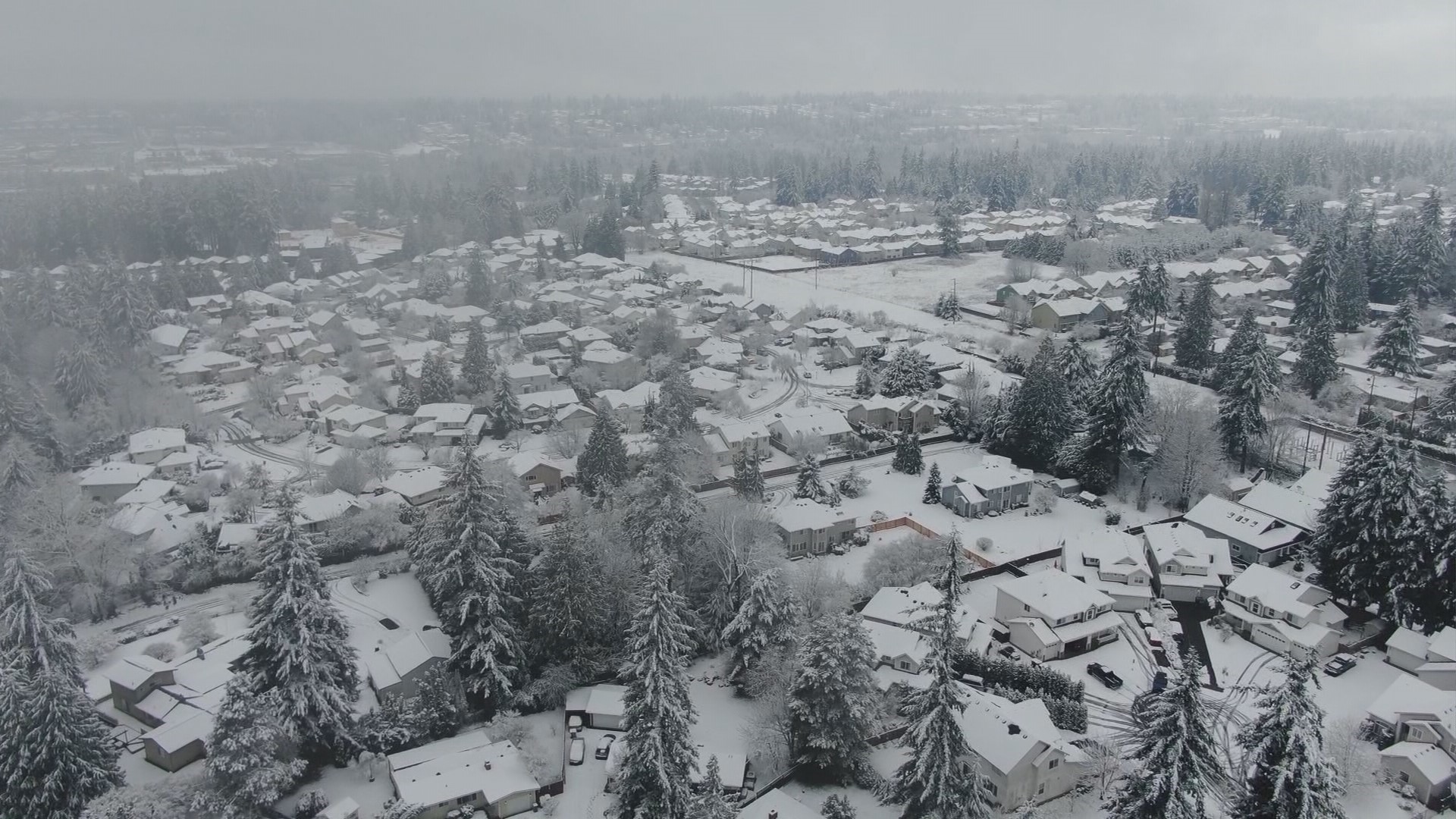