In a season of wildfires and heat, droplets are a good sign for the city of Seattle. But even so, the city is still not officially clear of its 36-day dry spell. 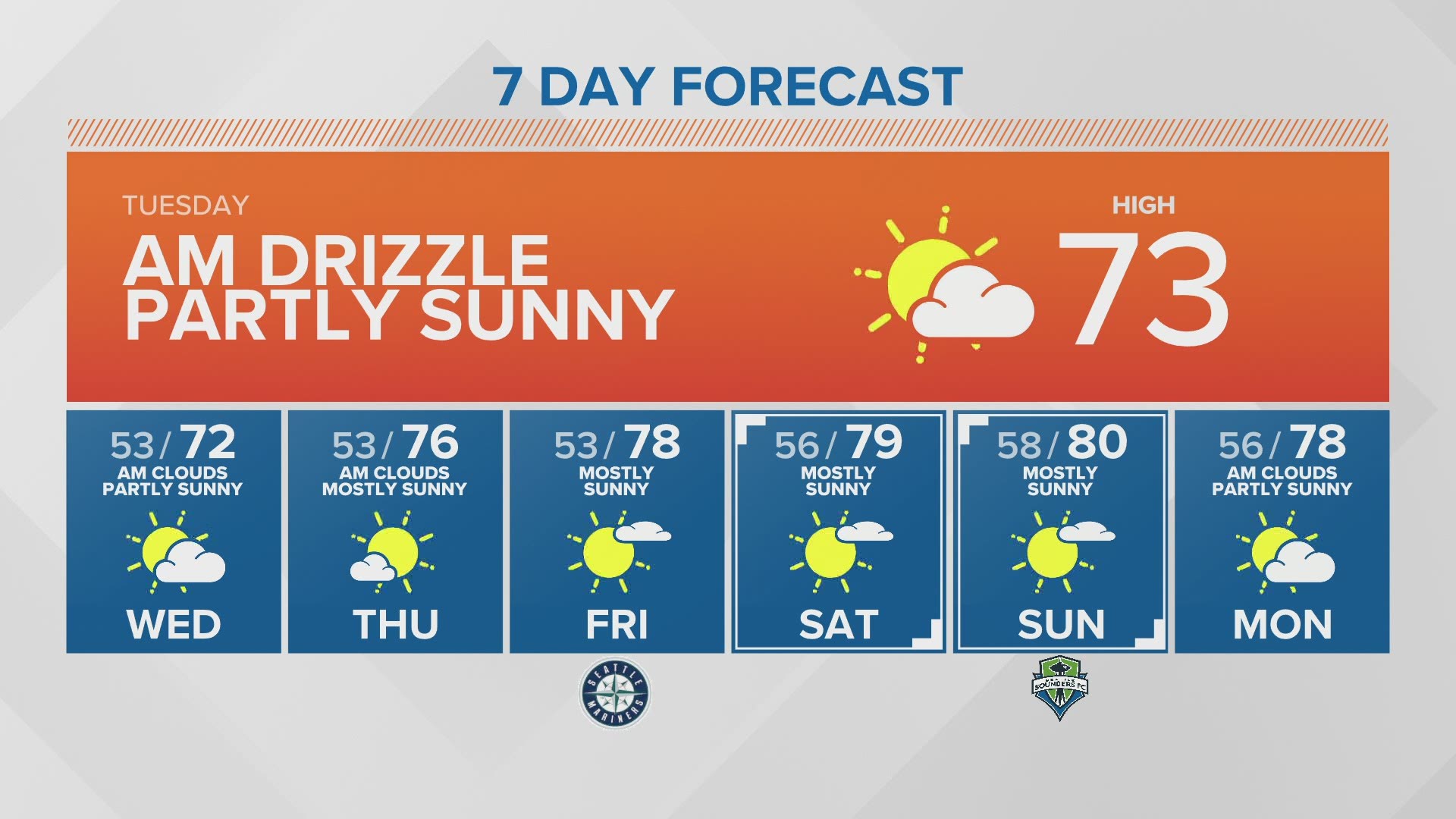 Rain droplets decorated Seattle windshields this morning for the first time in over a month.

A total of 0.06 inches of precipitation was reported Friday morning by National Weather Service.

If confirmed by Sea-Tac International Airport, it could mark the first measurable unit of rain the city has seen since June 14, when Sea-Tac reported just 0.04 inches.

With a heat-wave record, multiple wildfires and excessive dryness throughout the region this past month, these precipitation numbers would be an exciting feat, as it could break the city’s 36-day dry spell.

But according to KING 5 meteorologist Rich Marriott, the dry streak cannot be officially declared as over unless at least 0.01 inches of precipitation is reported at Sea-Tac. At present, the airport has only seen a few droplets.

“[It’s] nothing too serious but any sight of wetness during the summer here is always interesting to see,” said Marriott.

Some areas of drizzle to light rain around the Sound right now. Wet in Shoreline (wettest north of Seattle). But only a few drops at Sea-Tac only a trace of rain not measurable rain (0.01"). 35 day dry streak is continues for Sea-Tac. Less than perfect method for sure! #k5weather pic.twitter.com/k75Tm3Xaro

During the month of July, it is typical for Seattle to see at least 0.7 inches of rainfall throughout the month.

With added heat and dryness, wildfire danger continues to be high within Seattle neighborhoods and Washington state as a whole.

RELATED: More than 30 days pass without measurable rain in Seattle

On July 6, Gov. Jay Inslee issued a wildfire state of emergency for the second year in a row.

And even with some drizzle at Sea-Tac and lighter rain reported around the Sound, there’s still a long way to go. Looking ahead at the forecast, the rest of the week is expected to be mostly sunny, with little to no chance of precipitation.