Washington is under a big dome or bubble of hot air and will likely set all-time record highs Sunday and/or Monday in places like Bellingham, Sea-Tac and Olympia. 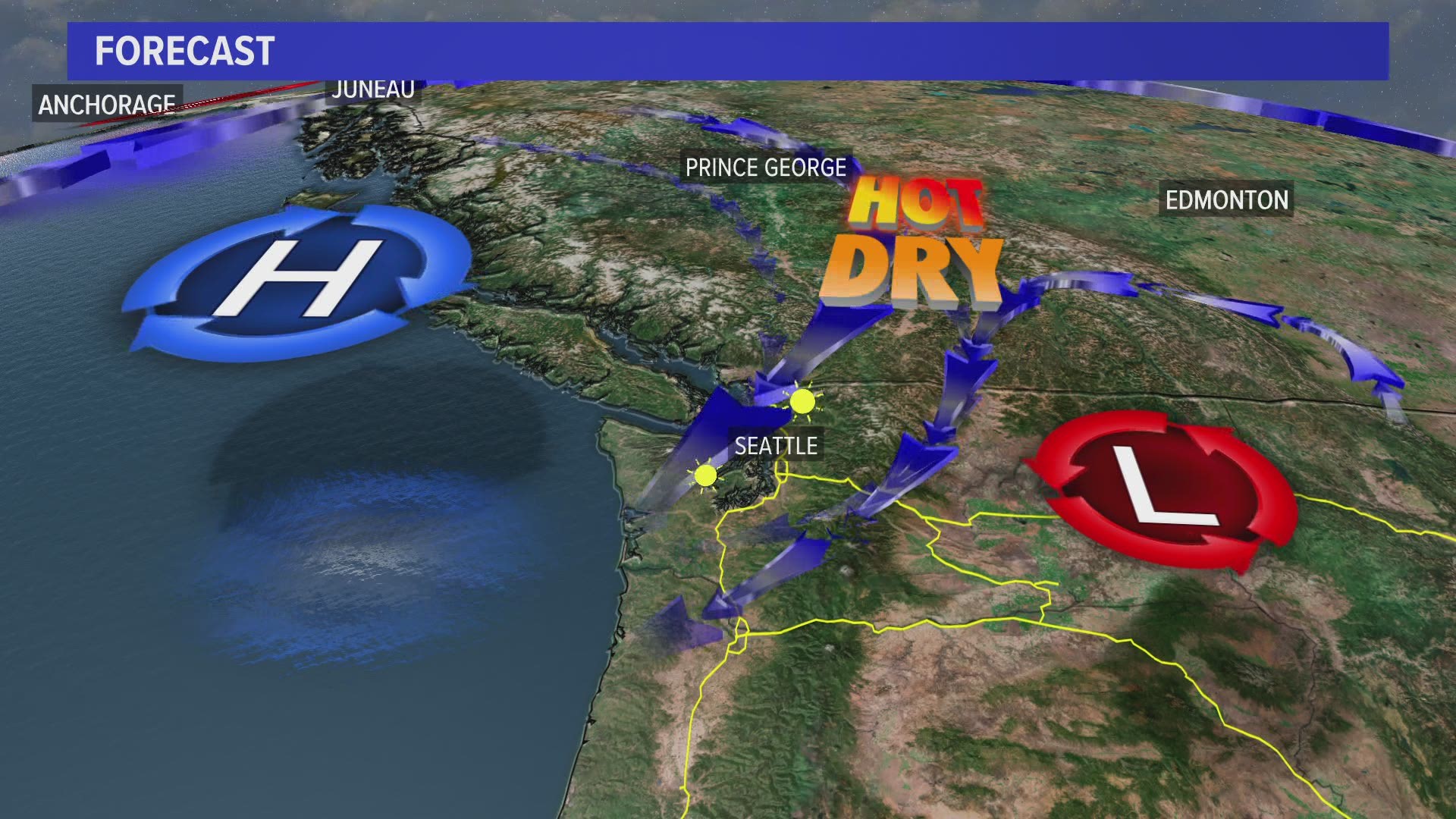 SEATTLE — The Pacific Northwest is bracing for a historic heat wave this weekend with potentially record-breaking temperatures. A viral tweet claims a "heat dome" will form over the West, bringing "obscene" temperatures with it.

Ryan Maue, a meteorologist based in Atlanta, tweeted an image of a meteorological model showing temperatures could reach 120 or higher.

ECMWF 12z model develops an extreme "heat dome" over U.S. Northwest with obscene temperatures in excess of 120°F in California, Oregon and Washington early next week 🌡️.
🚨 Probably need to keep a close eye on this 🔥 pic.twitter.com/r2ZjKuXYTA

According to KING 5 Meteorologist Craig Herrera, some forecast models are forecasting highs about 110-116 degrees in the coming days for western Washington, but 120 degrees is highly unlikely.

"We are under a big dome or bubble of hot air. We will likely set all-time record highs Sunday and/or Monday in places like Bellingham, Sea-Tac and Olympia," Herrera said.

The heat is all due to high pressure over Washington state and most of western Canada. There is also have an offshore flow (north and northeasterly winds) at the surface sending hot dry air towards our state from the high desert areas of British Columbia.

Monday is on track to be the hottest day of the heat wave across the interior, with temperatures expected between the mid-90s and into the 106-degree range for some areas.

Seattle could break the all-time high record of 103 degrees on Sunday.

RELATED: How to build your own DIY air conditioner