Residents in Seclusion Cove were evacuated Monday night due to a landslide. As residents were warned of the threat, Poulsbo Fire said trees were heard cracking. 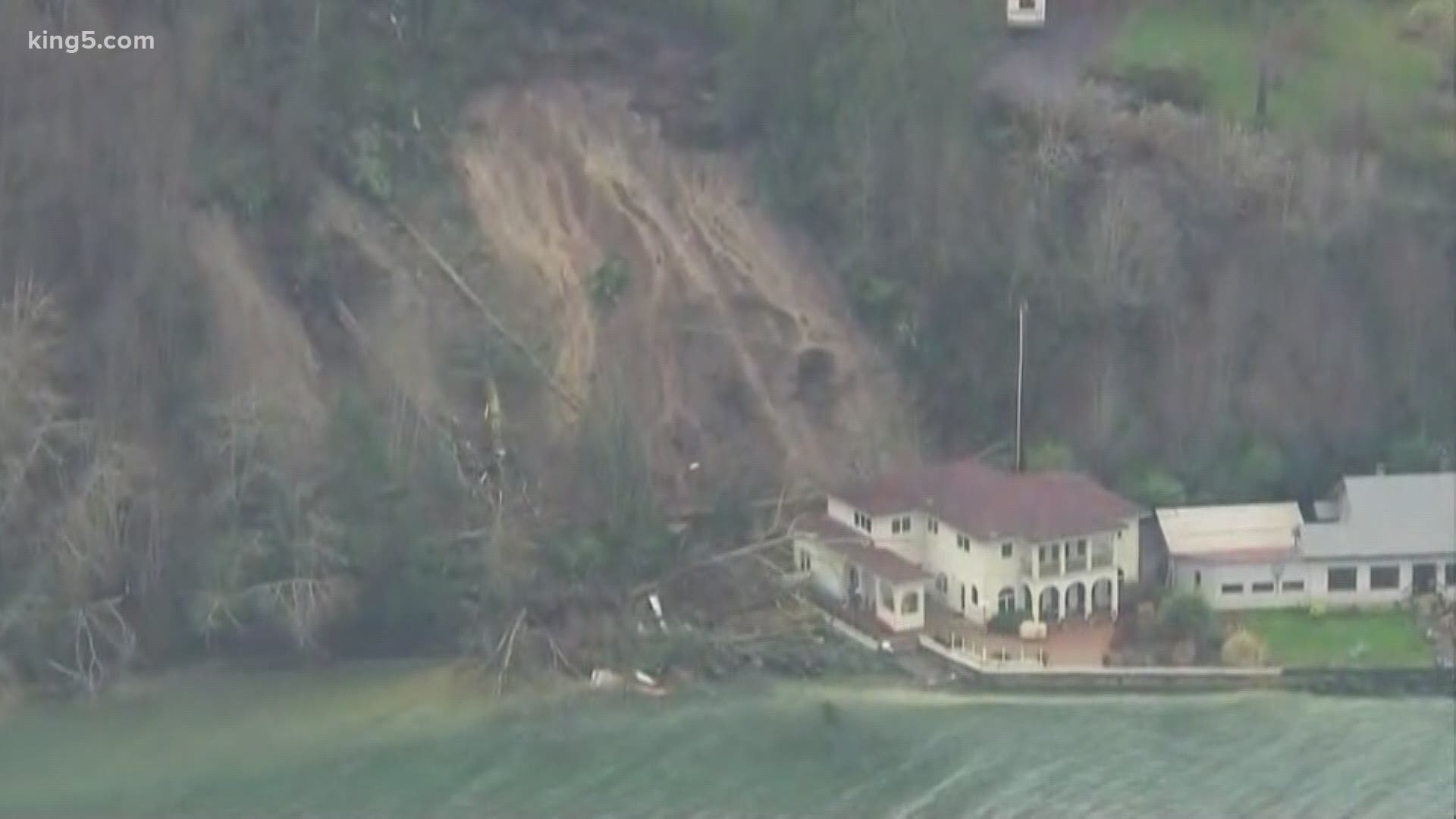 Eight homes on the Hood Canal were evacuated Monday night due to a landslide on a Kitsap County cliff.

Trees were still cracking while the duty fire chief went door-to-door to evacuate residents in Seclusion Cove, according to the Poulsbo Fire Department.

There are no reports of injuries. Puget Sound Energy cut power to homes threatened by the landslide.

Jack Heggenstaller has lived in the area for 25 years and was evacuated Monday night.

“We’ve been through this before, so we figured we’d better at least get a car up here and then head down to our daughter’s house,” he said.

He was allowed to briefly return Tuesday to check on the house – with a warning from officials that the road could be unstable.

Officials with Kitsap County Department of Emergency Management said they know the road has been undermined, but the extent of the damage is unclear.

Two of the evacuated homes were red-tagged as uninhabitable for the time being, what emergency management called “life safety issues.”

The ongoing rain will make it difficult to predict when it will be safe to permanently return.

Glarum said it's “really lucky” no one was hurt, because if the slide was any larger, it could have swept at least one home into the water, a dangerous prospect.

While fire crews warned residents of the landslide, they also responded to a boat house fire caused by the landslide. Fire crews couldn’t access the waterfront with heavy fire engines due to the landslide risk next to the road. 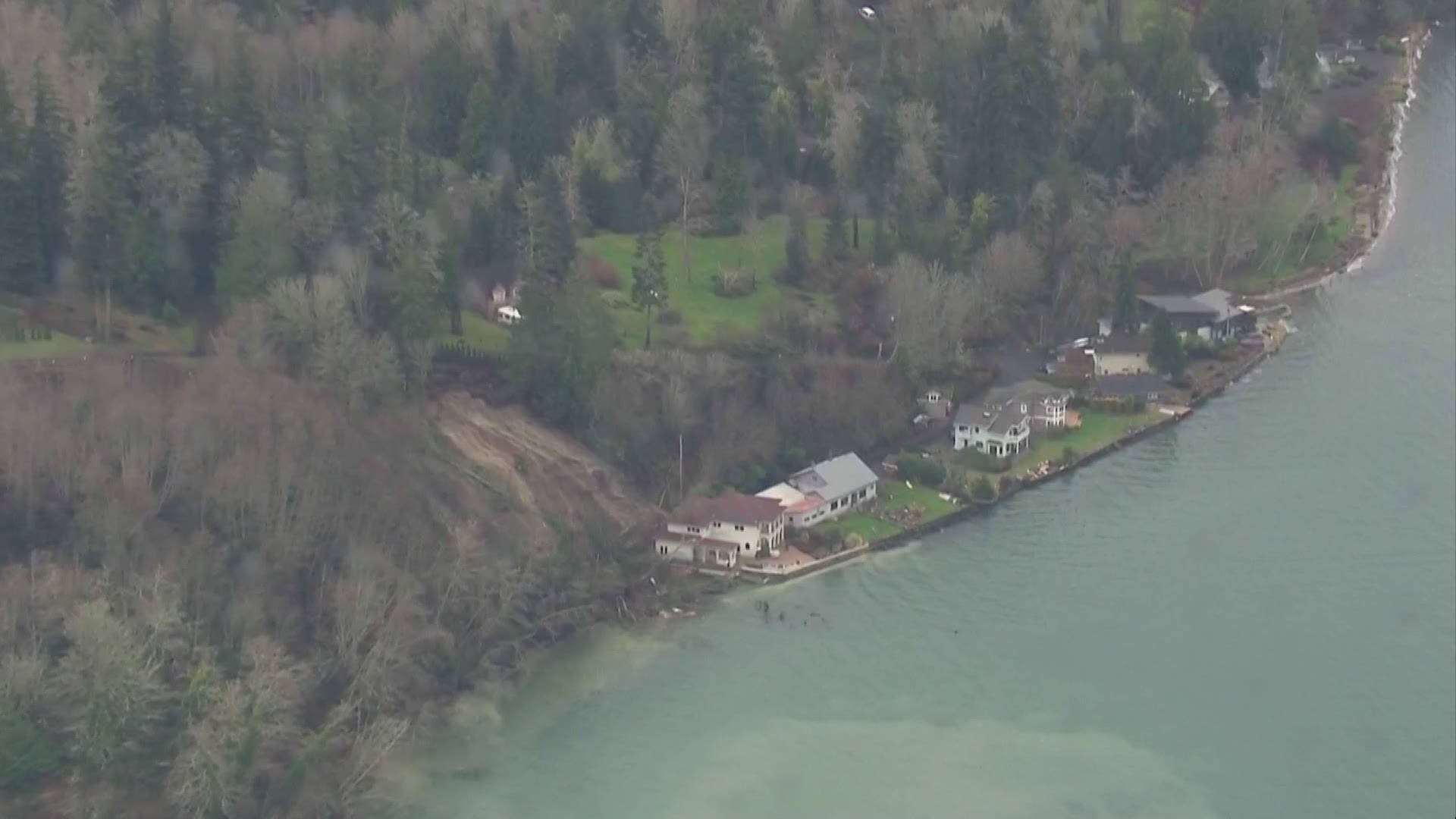 Landslide risk is elevated across western Washington after heavy rains pummeled the region and increased soil moisture. More rainfall is expected through early Wednesday with 0.5 to 2 inches possible in the lowlands, according to the National Weather Service.

Several minor landslides were reported across the Olympic Peninsula this weekend. US 2 was also temporarily shut down near Leavenworth on Monday after a landslide partially blocked the roadway.