It's unlikely Washington will have another extreme heat wave this summer 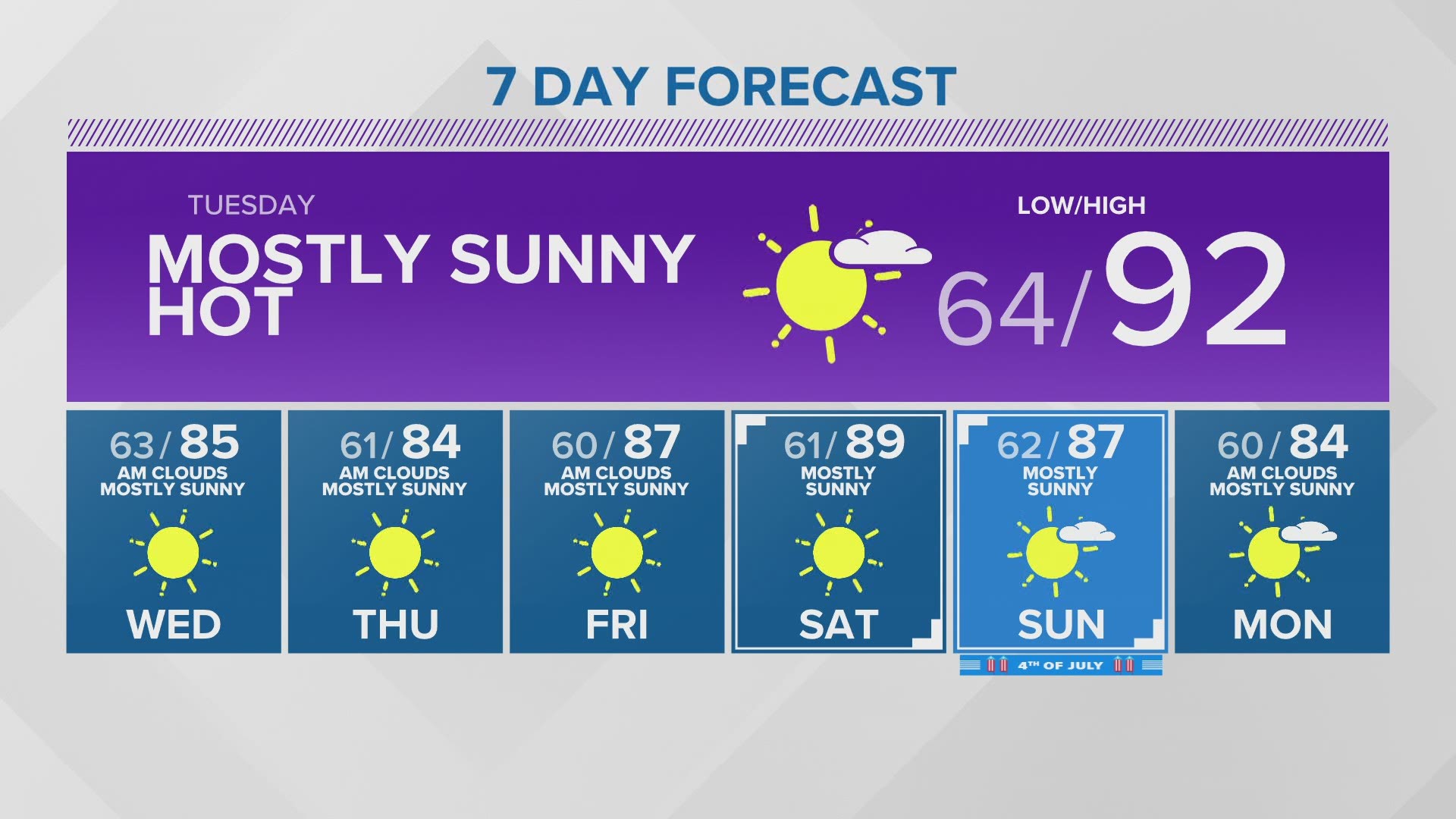 SEATTLE — Washington state is in the midst of a historic heat wave with unprecedented high temperatures for this time of year, so some are wondering will this type of heat happen again this summer?

According to KING 5 Meteorologist Adam Claibon, the current heat wave will likely be the hottest air mass we deal with this summer.

"Not to say we won't see more hot days in the 90s (possibly flirt with 100) again, but the strength of this high pressure system has been stronger than any one in recent history," said Claibon.

The temperature outlook for July 5 through July 11 for our region shows highs will be above normal for this time of year.

Normal high temperatures at Sea-Tac Airport during this stretch range between 75 and 77 degrees. However, the first half of July will likely have plenty of 80 degree days and some in the 90s.

Credit: KING 5
The temperature outlook for the first portion of July, 2021.

"The record-shattering extreme heat we’re experiencing is just the latest example of our climate crisis and how it’s impacting human health now," said Duchin. "Extreme heat is the leading cause of weather-related deaths in the United States and climate change is causing increasing frequency and intensity of heat waves and other extreme weather events. In fact, the health and economic consequences of climate change are only projected to worsen.
Climate change is a health emergency and reducing greenhouse gas emissions is literally a matter of life and death."

With Monday expected to be the hottest day yet, Duchin urged everyone to find a cool place to stay and avoid being in the sun during the hottest periods of the day.

Temperatures are forecast to be in the triple digits Monday. The National Weather Service extended its Excessive Heat Warning for Washington state until Tuesday at 11 p.m. due to temperatures expected to linger in the 90s.