Crews rescued nearly a dozen people who were trapped in floodwaters at an Issaquah apartment complex. 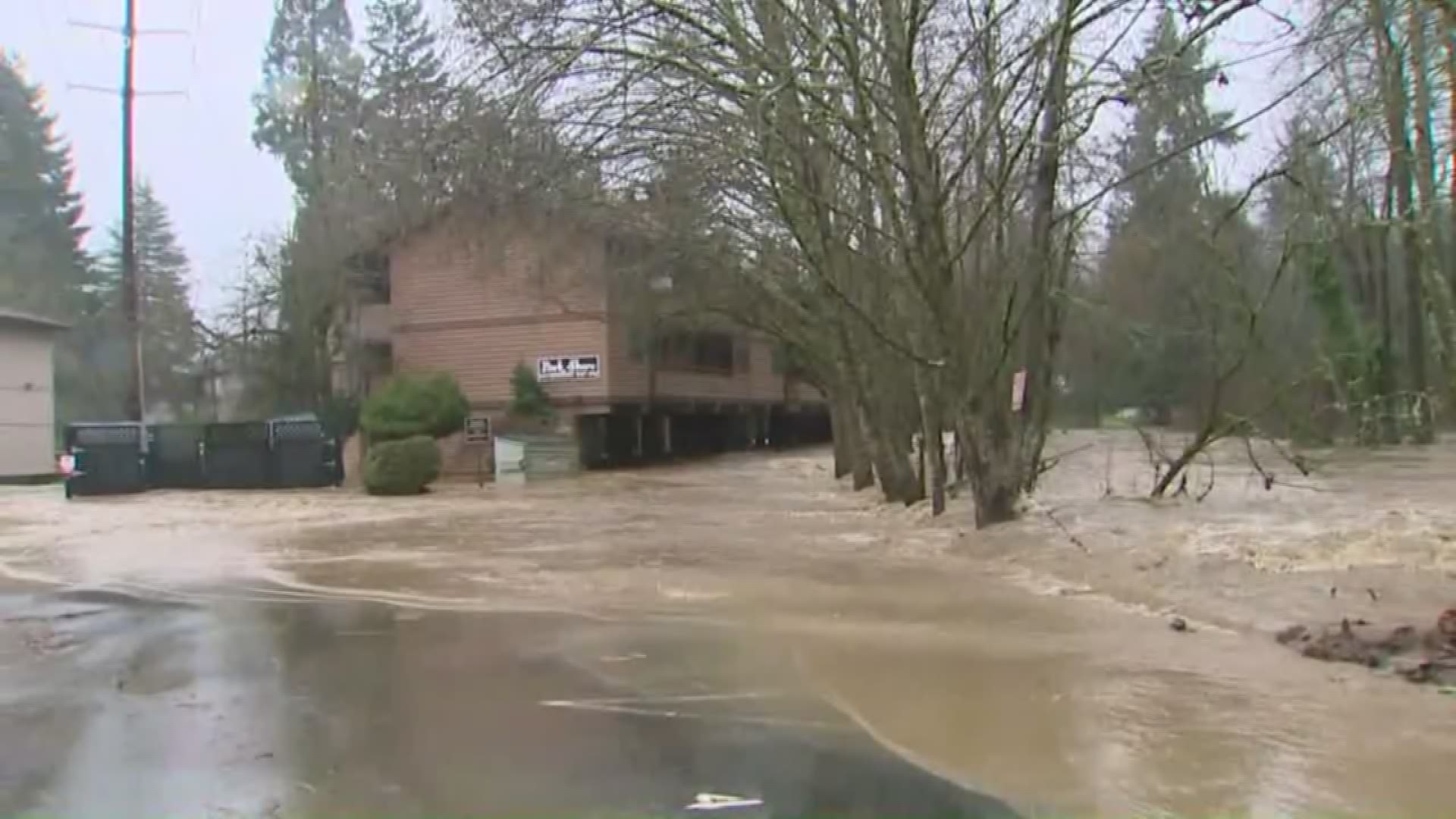 ISSAQUAH, Wash. — Eleven people, including several children and animals, were rescued Thursday from an apartment complex that flooded in Issaquah after heavy rainfall.

In the last 48 hours, about 2.5 inches of rain fell near Issaquah, according to the National Weather Service.

Eastside Fire and Rescue crews had to inflate rafts to rescue residents who were unable to evacuate the Park Shore apartment complex on their own.

Traci Alves, who lives at Park Shore with her husband Gerald and two kids, said the flooding had gone done quite a bit, but the water was still up to their thighs when they were rescued.

“I would rather have my kids out and away, safe,” said Gerald.

RELATED: Duvall's treatment plant 'maxed out' due to heavy rain

Resident Ryan Ostrom said he had to walk through water when he and his cat were rescued from the complex. He said it was surprisingly cold, and there was a surprising amount of debris underneath.

Eastside Fire says they’re looking for shelter for about 200 people displaced by flooding.