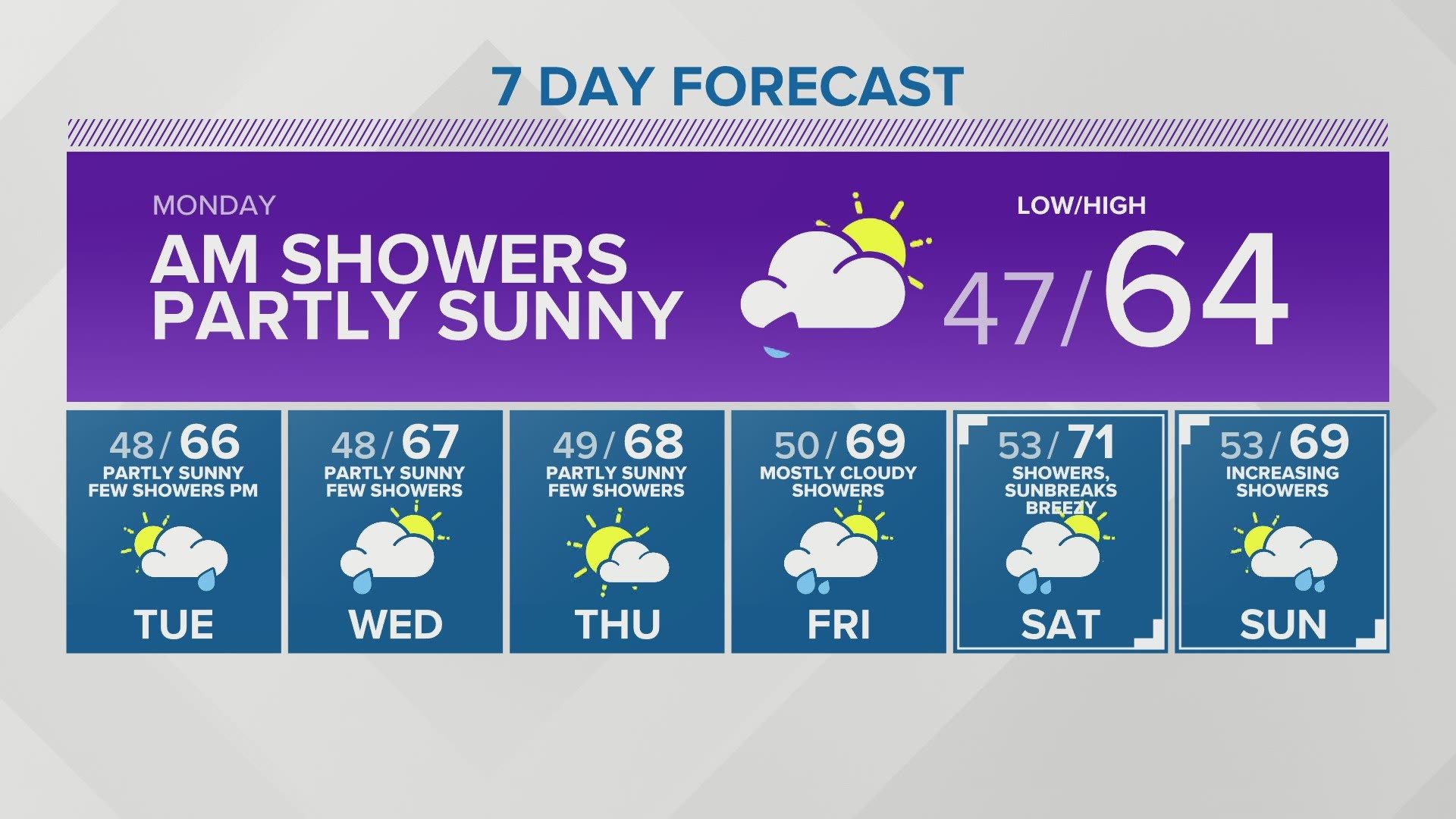 SEATTLE — The coldest June day in nine years was recorded at Sea-Tac Airport on Sunday.

The high temperature for the day was 55 degrees, according to the National Weather Service.

That is the coldest high since June 4, 2012. The high temperature that day was also 55 degrees.

However, 55 degrees isn't the coldest max temperature for Sea-Tac Airport. That was set on June 11, 1952 when the high was 51 degrees, according to the National Weather Service. That record was matched on June 2, 1966.

Temperatures will remain cool through the week.

An upper level low will move onshore and overhead for western Washington through Monday morning. Snow levels will be near 4,000 feet for the mountains.