On average, Seattle is unlikely to see significant lowland snowfall after February 20. 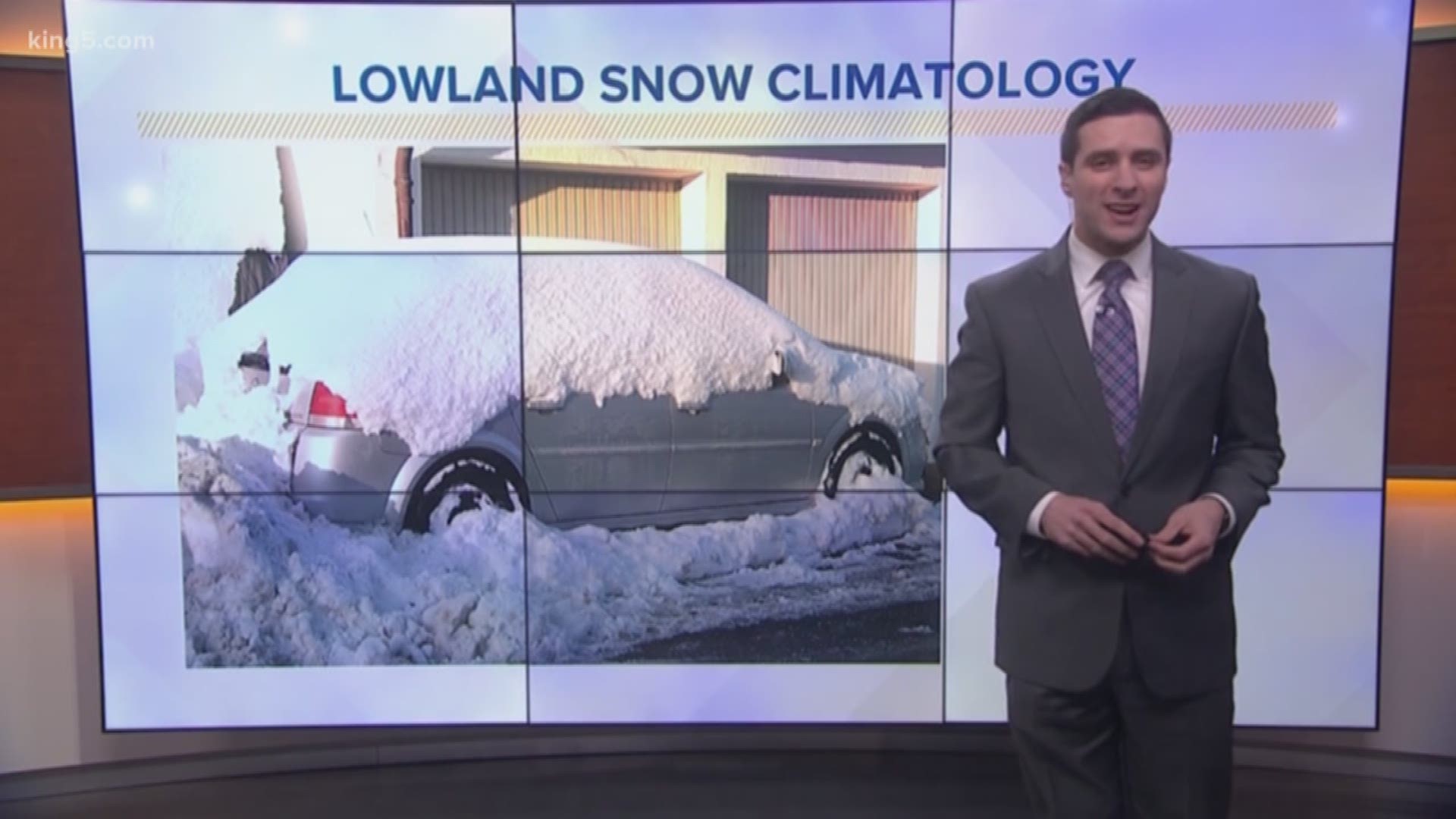 SEATTLE — Lowland snow does tend to be a polarizing topic – you either love it or you hate it.

The Seattle area recently reached a significant milestone when it comes to lowland snow. On average Seattle sees its last snowfall of the year on February 20, according to records dating back to the 1940s at Sea-Tac Airport.

That being said, it does not mean we won't see any more snow this season. In fact, last year our latest lowland snow was March 7. The latest we've ever seen lowland snow is April 17, which happened back in 1972 when 1.2 inches of snow fell.

Everett, Bellingham and Olympia all typically see their last snowfall in mid- to late February. On average, Quillayute sees its last snow in mid-March.

Below are a list of those cities and their average last snowfall: