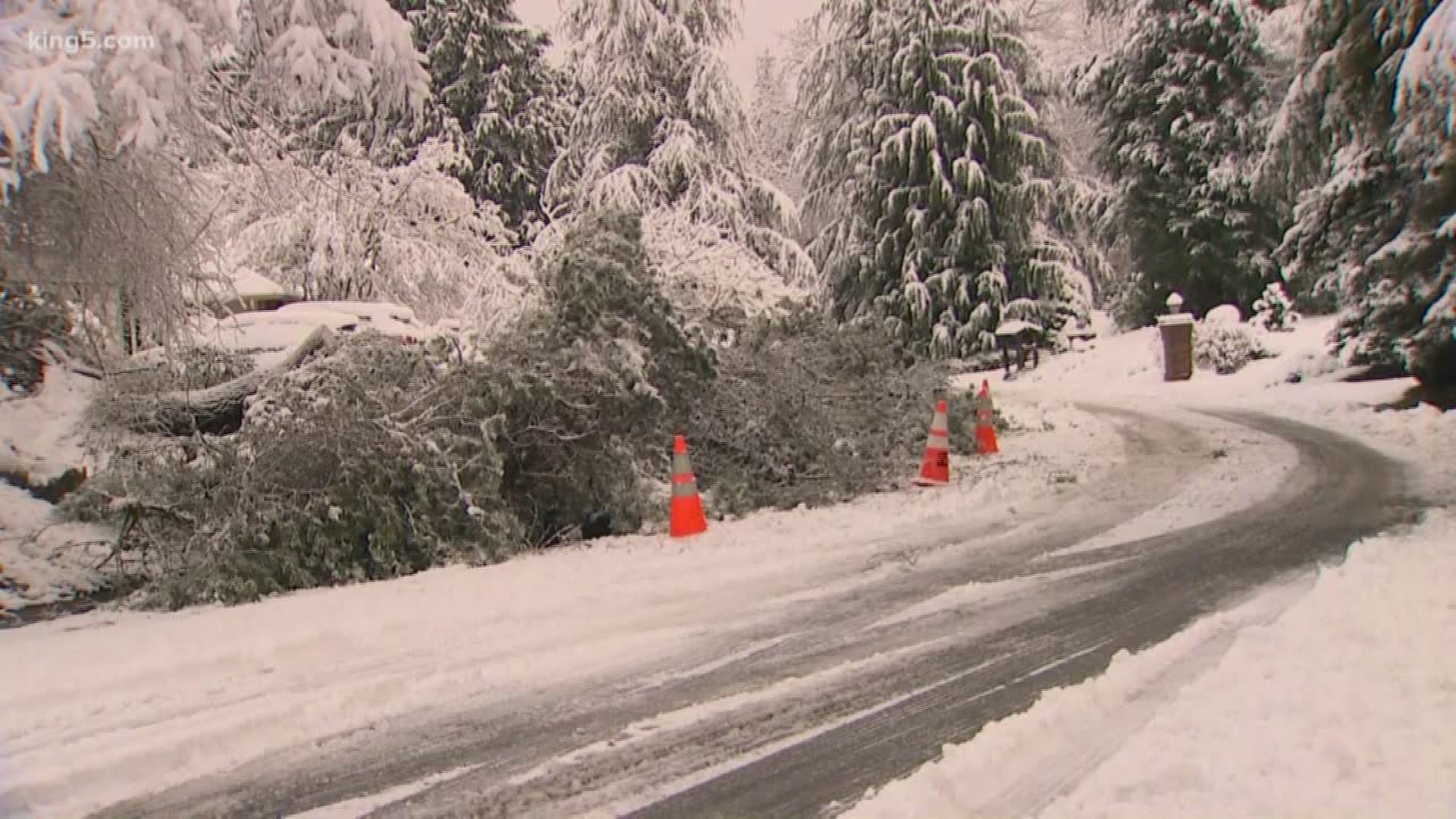 The Pacific Northwest's first major storm of the season arrived north of Seattle on Sunday.

By Monday morning, around 2 inches of snow was reported in Seattle, Kirkland, and Bellevue, according to the National Weather Service (NWS). Some areas north of Seattle saw accumulation between 3 and 6 inches.

RELATED: Sign up for text alerts on school closings and delays

The NWS issued a winter weather advisory for the Seattle metro areas in effect until 10 p.m. Monday.

Gusty winds from the Fraser River Valley brought chilling temperatures and snow into Washington state. The blast may bring the coldest temperatures western Washington has felt in years. 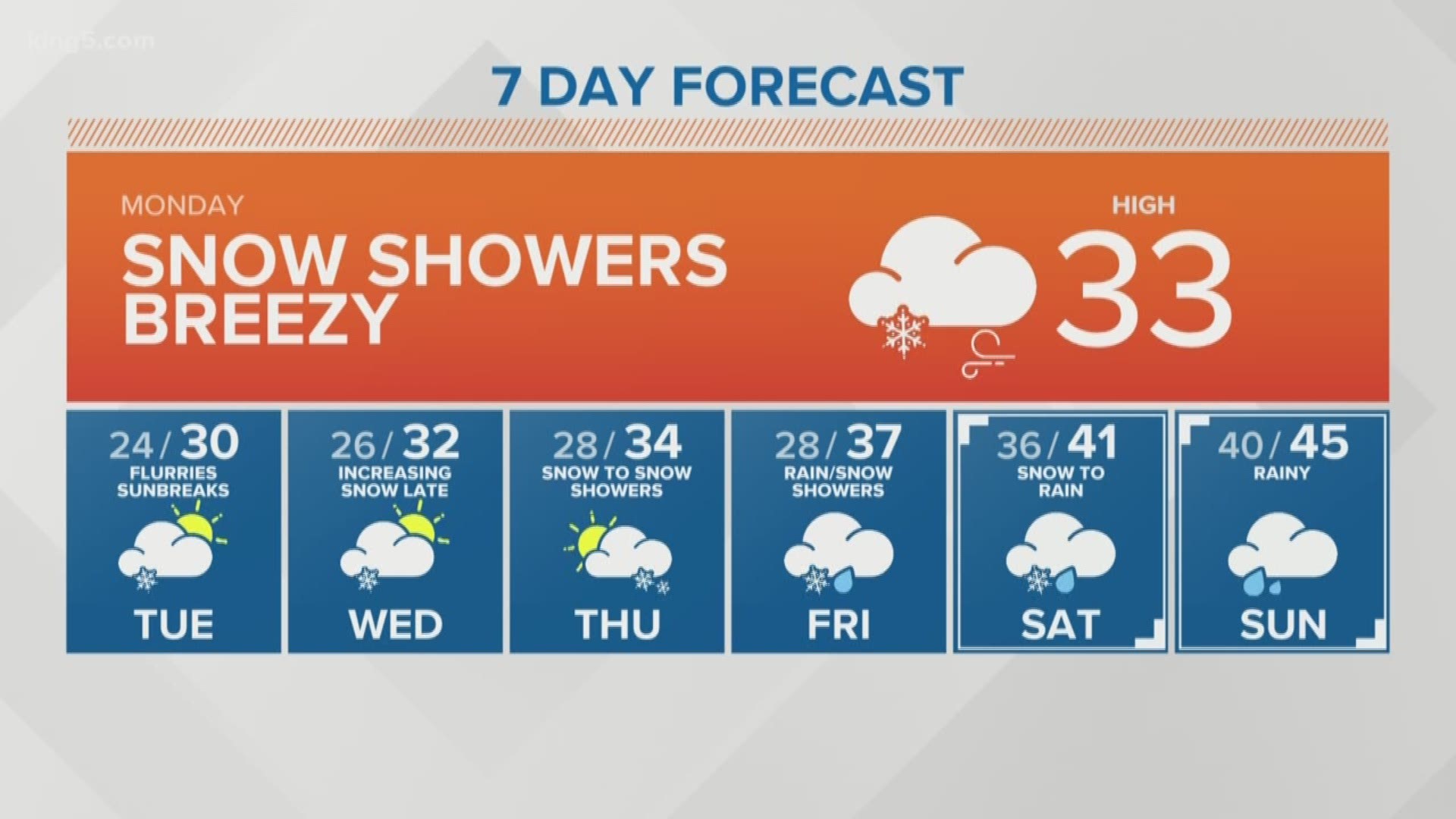 RELATED: Timeline: Frigid temps, icy roads ahead of next round of snow

Residents who live near Skykomish said some drivers had to stay in their cars overnight Sunday or find somewhere to stay due to the closure. Anthony Vega, who lives near Skykomish, said he tried to help those who were stranded.

"It's crazy out there," Vega said. "I've literally taken, what two, four, six, eight people off the highway and have gotten them into cabins like sleeping on couches."

Residents in Whatcom, Snohomish, Skagit and King counties reported snow by late Sunday afternoon. Around 8:30 p.m., one South Everett resident said he had 3 inches. As of 9 p.m., residents in Monroe and Snohomish reported 4 inches of snow. Three inches were reported in Bellingham and 2 inches in Lynnwood. Areas of Carnation and Duvall picked up as much as 8 inches.

Snow began to fall and stick to grassy areas in Seattle just after 10:30 p.m. Sunday.

Sea-Tac International Airport deployed its "Snow-Ice Traffic Management" plan Sunday even before snow began to fall. Some flights were delayed by an average of over an hour, according to the FAA.

Associated Press contributed to this report.