More than 30 days pass without measurable rain in Seattle

The next day for possible rain is Friday, but the weather trends remain dry throughout the rest of the month. 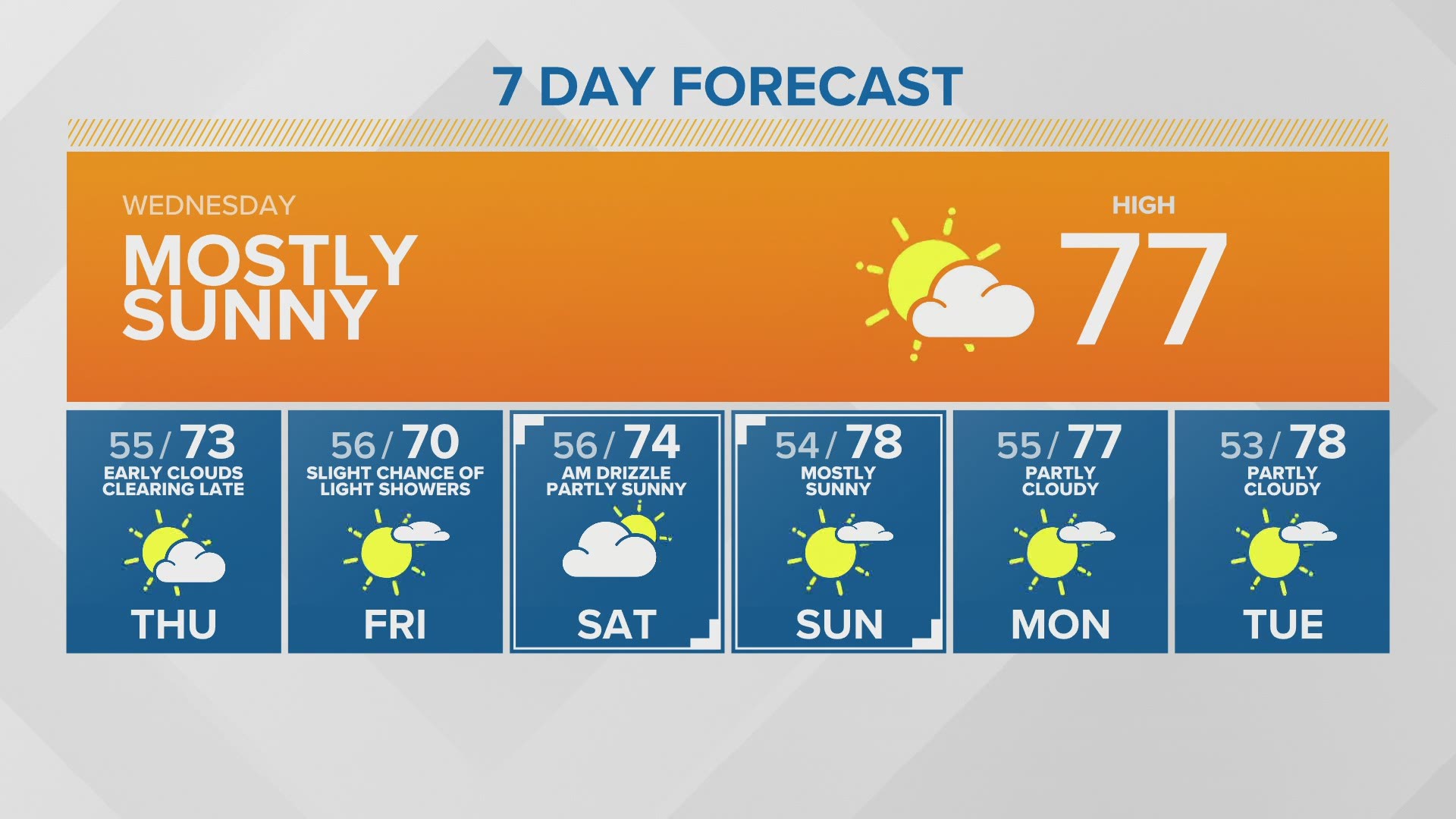 SEATTLE — To describe Seattle’s weather for the last month you just need one word: dry.

Thursday, July 15, marked 31 days since the last time there was measurable rain at Sea-Tac International Airport.

While there was an immeasurable trace of rain on July 7, those looking for any measurable rainfall in the area would have to travel all the way back to June 14 when we saw just 0.04 inches.

"Over the past couple of weeks, it's just been dry, dry, dry,” said KING 5 Meteorologist Adam Claibon.

Well, today will make it 30 straight days of no measurable rain at Sea-Tac Airport. After a mild start this morning, temps will top off near seasonal norms as highs fall back to the upper 70s. The cool down continues to end the week. Details now on @KING5Seattle #k5summer #wawx pic.twitter.com/MtWBjTorr8

During July, Seattle typically sees 0.7 inches, yet the first chance we have for any rain won’t come until Friday or Saturday. However, according to Claibon, there won’t be much rain even if it does fall.

If Seattle misses out this weekend, the next chance for rain won’t happen for at least another week or so.

The record for most consecutive days of no measurable rainfall at Sea-Tac Airport was broken in 2017 when the area saw 55 straight days without rain. Before that, the record was 51 days, which was set back in 1951.

Claibon said that while we’re still more than two weeks away from breaking the record, the weather is trending dry through much of the latter half of July.

Right in the middle of Seattle’s current dry spell, the entire region suffered a days-long heat wave. Seattle broke multiple heat records, including the hottest temperature ever when Sea-Tac Airport recorded a high of 108 degrees on June 28.

With the heat and dryness, wildfire danger is high even in Seattle's neighborhoods. Since July, Seattle firefighters have responded to 65 brush and bark-related fires.

Since July 1, the Seattle Fire Department has responded to 65 brush and bark-related fires. Tip: Dispose of smoking materials in proper receptacles and douse in water, not in planters, beauty bark or out of your vehicle window. More tips here: https://t.co/WP6HyEHBvP pic.twitter.com/mWSvJiBGtg

Amid the dry and hot weather, several large wildfires are burning throughout the state with some threatening homes and requiring evacuation orders.

On July 6, Gov. Jay Inslee issued a wildfire state of emergency for the second year in a row.