Threatened by flooding, residents of Hamilton band together

Flooding is not uncommon in Hamilton where residents were busy working to save homes and businesses Sunday. 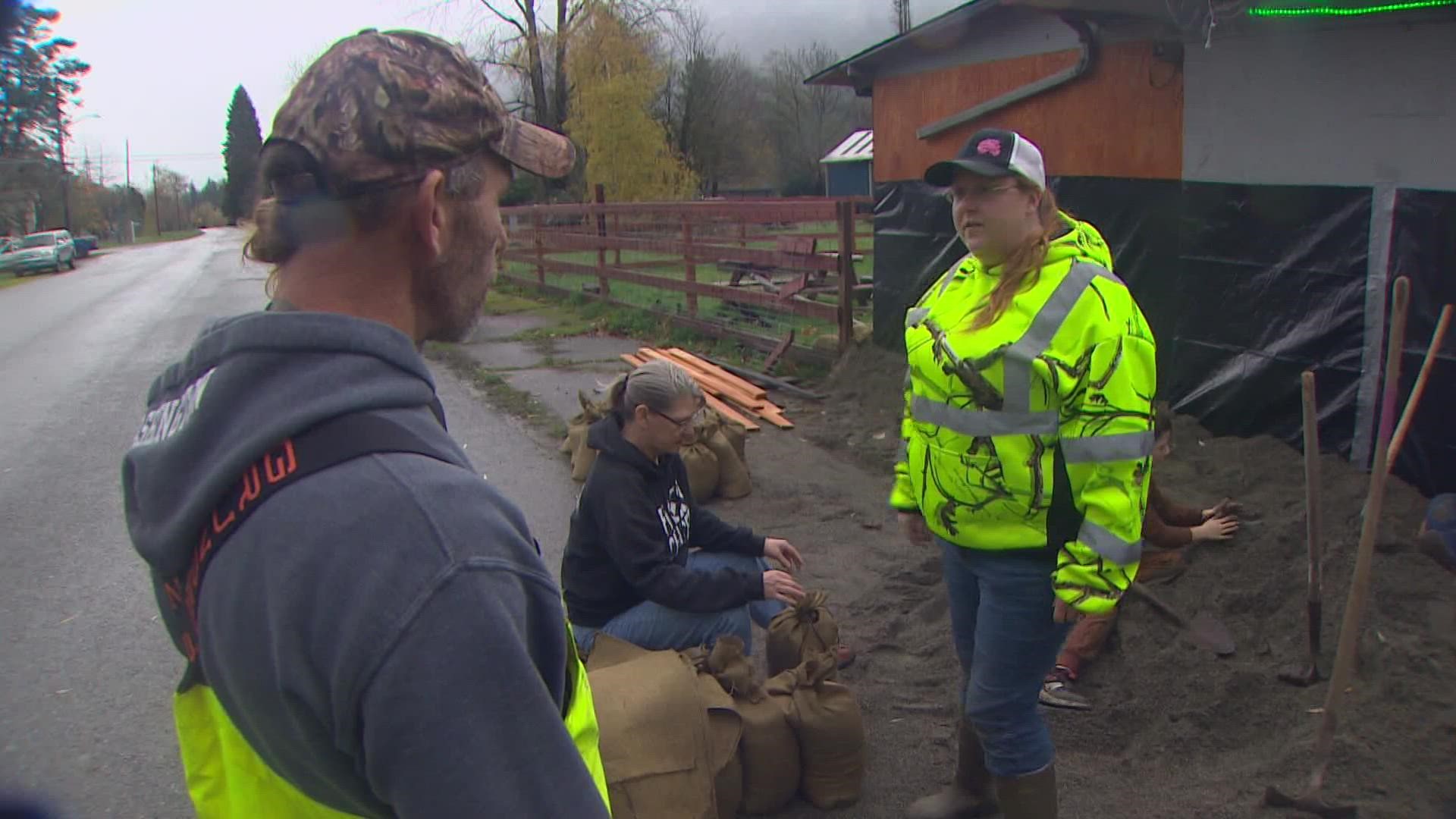 SKAGIT COUNTY, Wash. — Some residents of Hamilton and the surrounding area in Skagit County were advised to evacuate Sunday due to potentially dangerous flooding conditions, while others watched the rising level of Skagit River.

Hamilton’s Baptist Church was opened as an evacuation center. The church is allowing people to park their cars and RVs in the parking lot, and the Red Cross is set up inside so people have a place to sleep if they are displaced from their homes. Those in need can head to the shelter to get food, cots and take care of other urgent needs.

Flooding is not uncommon in Hamilton. Residents come together, filling sandbag after sandbag to deal with rising floodwaters.

“What else are we going to do? It's really all on to save each other,” Lisa Martinez said.

Martinez said she doesn't usually worry about her house, but this year is different.

“This one will probably come straight across, and when it does, I'll probably get it,” she explained.

The county dumped several loads of sand Sunday to keep up with demand from those trying to protect homes and businesses.

Just down the road, they hoped a combination of plastic and sandbags would keep water out of Boots Tavern.

“I don't like the silt in the bar, so anything that can hold water and silt out would be way better,” Tavern Owner Frank Boots said.

There’s a beam inside the bar with a line several feet off the ground that shows where the water reached in 2003. They're hoping these preparations make sure that never happens again.

Boots thinks of his customers like family. “I'm blessed with the people around me,” he said.

Martinez and her family made quick work of the sandbags, quickly filling up the dozens of bags they needed. They even helped out another family they had never met before, offering to drop the bags at their home.

“You're not ever a stranger in a small town. Everybody knows everybody. So yeah, it's what we do in a time of crisis. We all help each other,” Martinez said.

The preparation in Hamilton is happening as the region deals with another atmospheric river. An atmospheric river is a long, narrow region in the atmosphere, like a river in the sky, that brings water vapor from the tropics, according to the National Oceanic and Atmospheric Administration.

The National Weather Service said river flooding is expected to be the biggest impact during this storm, with the Cascades and Olympics taking the brunt of the storm. 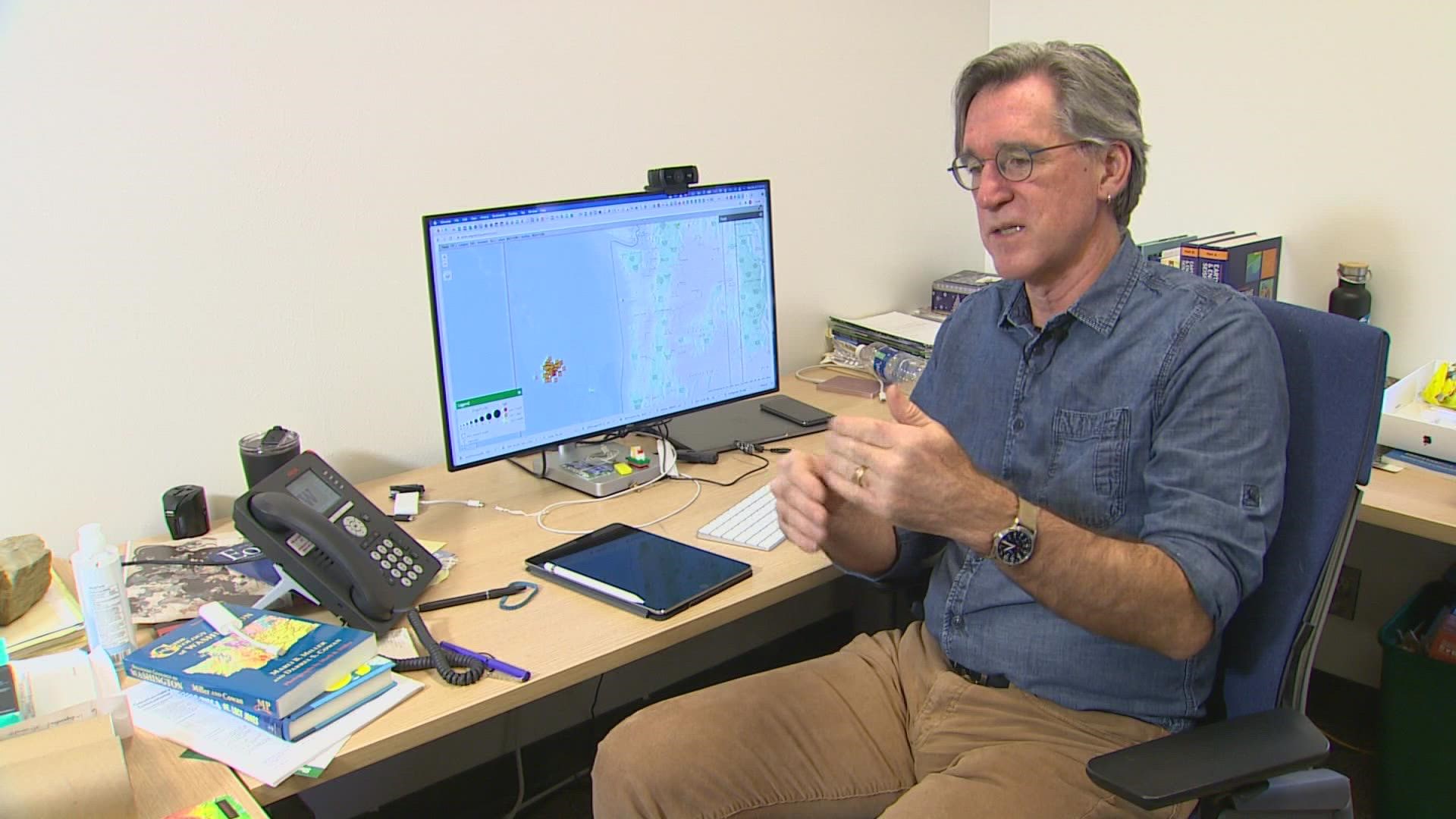