So it's your first winter in Spokane. Here's what you need to know

It’s not often that snow falls in October but it’s not like it’s never happened before. If you’re new to Spokane though, this might be kind of shocking. 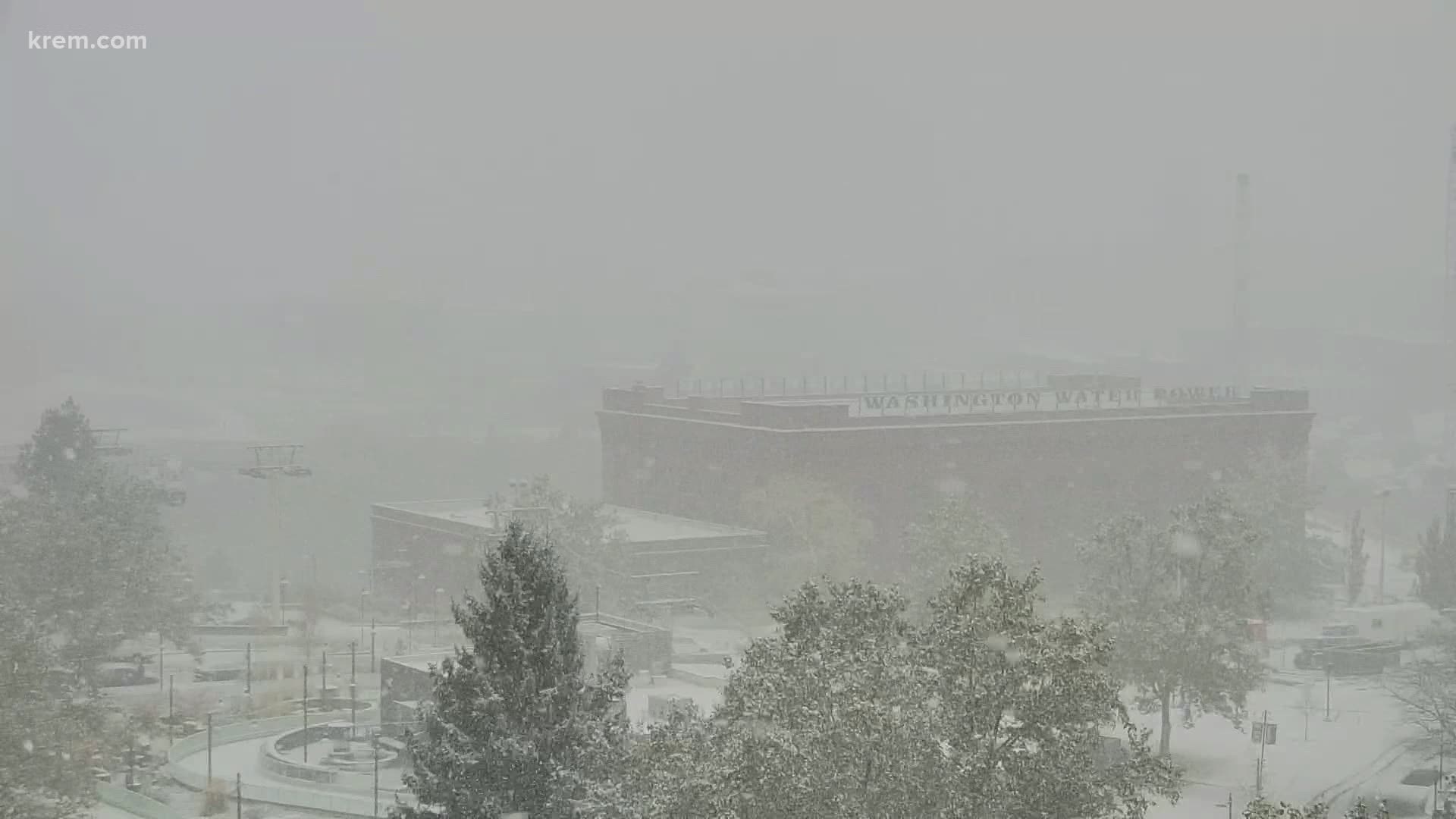 SPOKANE, Wash — Are you surprised snow is in the forecast for the Spokane area in late October? You must be new here.

It’s not often that snow falls in October but it’s not like it’s never happened before. If you’re new to Spokane though, this might be kind of shocking.

If you think that’s shocking, wait until you hear about the rest of how winter usually goes in Spokane.

The first large snowfall is always the worst. Roads won’t be plowed to people’s liking, dozens of schools cancel classes (which may or may not happen this year depending on where your children go to school), and traffic will be slowed for wrecks and stalled cars. Temperatures will drop into the teens some days. They could get into single-digits if we’re extra unlucky (Let’s be real. It’s going to happen. It’s 2020 after all.)

This cycle will repeat from early November all the way to early March.

Then, once the snow clears, the pot holes will begin. The City of Spokane will ask people to alert them to problem pot holes they see on the roads. People will say they damaged their cars when they hit them. Street crews will hustle to fill them all.

It’s not all car wrecks and destruction. Neighbors will help neighbors with shoveling. Kids will build incredible snowmen. Parents will help construct igloos.

Plus, if you like the outdoors, just go outside and look around. The beautiful evergreens will be covered in snow and everything will seem so serene.

I personally believe the holiday season in the Inland Northwest is the best. There’s so much to do from seeing Santa on Lake Coeur d’Alene to chopping down your own tree.

Your first winter in Spokane might be a little tough, but give it a few years and it’ll grow on you.

So stay safe and enjoy the winter wonderland we live in.