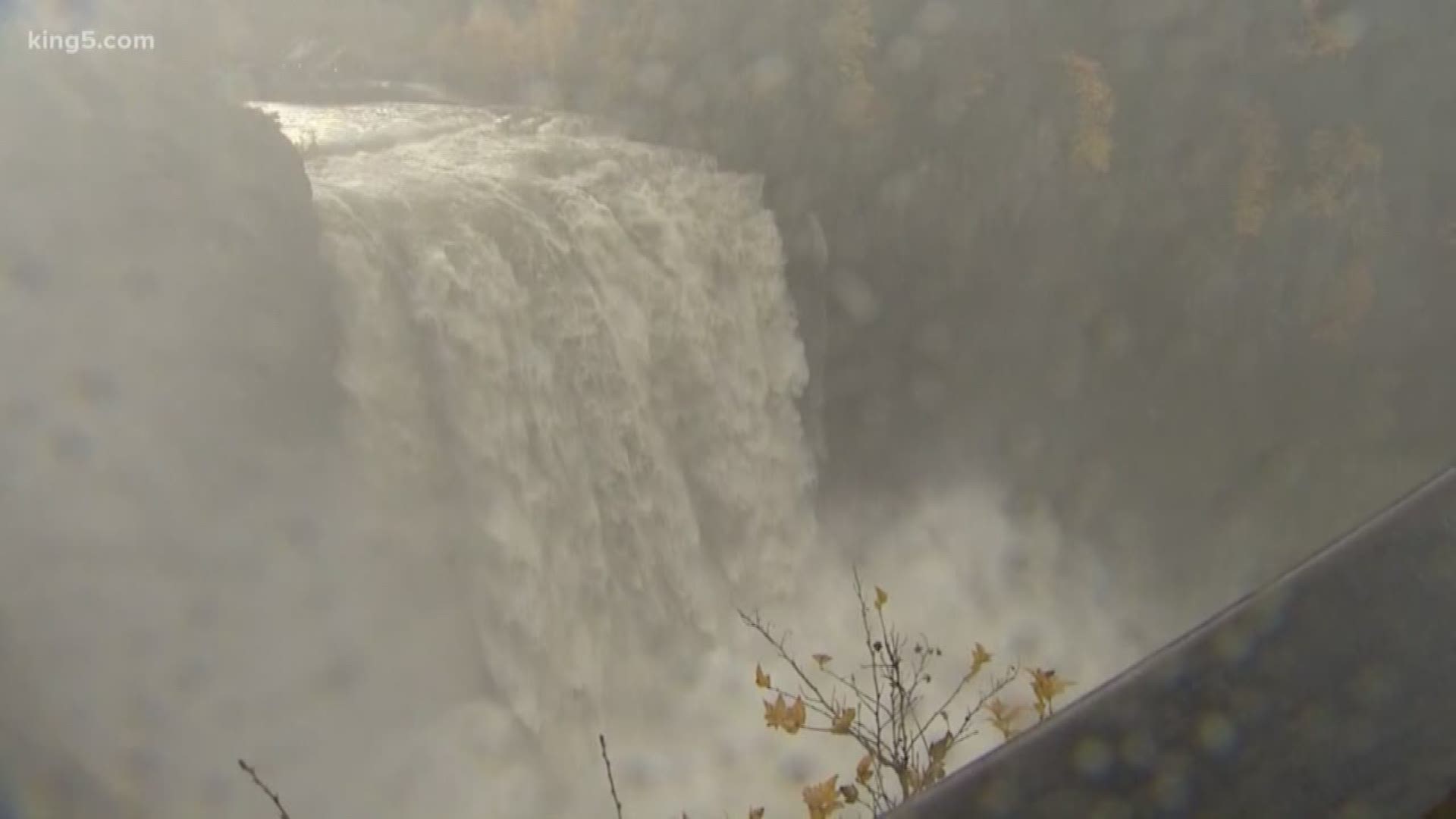 SNOQUALMIE, Wash. — Snoqualmie Falls can draw a decent crowd any day of the year, but on Tuesday, the swollen Snoqualmie river turned the falls into a true spectacle.

"Pretty impressive, isn't it?" said Karl Nokes, who came out to see the gushing falls.

Nokes took his two black labs and his camera to see the falls, which were fueled by an overnight deluge.

"This must be the best, or the worst, whichever way you describe it, that I've ever seen it," he said.

The National Weather Service in Seattle reported that at 9:20 a.m., the Snoqualmie River at the falls crested at nearly 45,000 cubic feet per second (cfs). It is the 14th highest level recorded at the falls and it was a number that took the city by surprise.

Joan Pliego, the city's public information officer, said that King County had predicted that the water would get up to about 22,000 cfs.

"Overnight, it doubled unexpectedly and our public works crews had to go around and close roads," said Pliego.

She said crews were out on the roads by 4 a.m.

Soon after, the parking lot of the Pickering Court Apartments was flooded several feet. Cars were partially submerged, along with backyards and roads.

In the morning, Three Forks Off-Leash Park was completely submerged under several feet of water.

"We found the park underwater, it's underneath the river," said Rachel Cartwright, a dog walker from Bellevue who brought three doggy clients to the park. "I should've checked the internet first," she laughed.

By the afternoon, water began to recede from closed roads, like Route 202 and 203.

By 5 p.m., the water in the Snoqualmie area had receded by about half.

A flood warning for areas around the Snoqualmie River remains in effect until later Tuesday night. 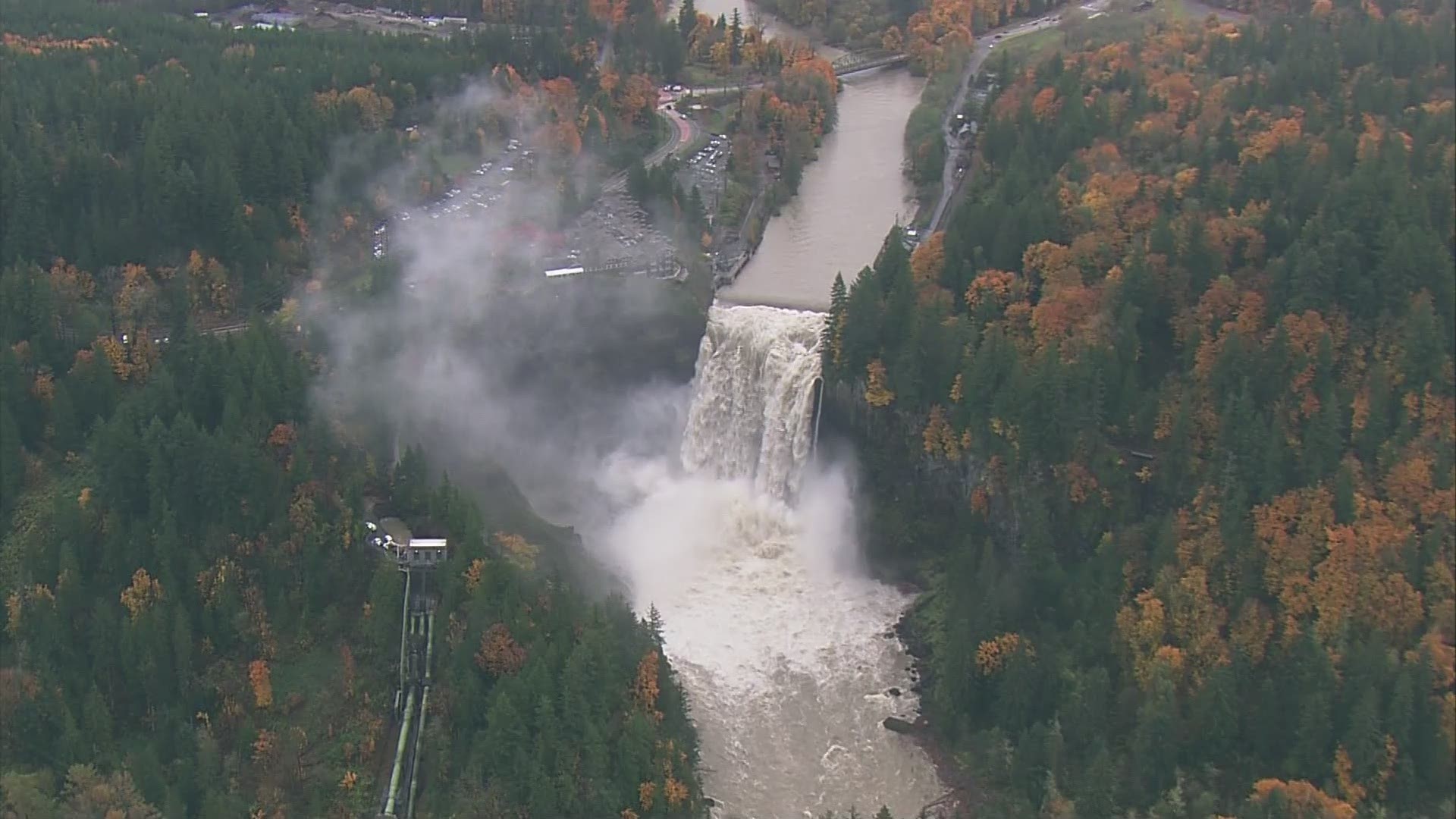