The Skagit River nearly broke a crest record in Mount Vernon following heavy rainfall over the past few days. 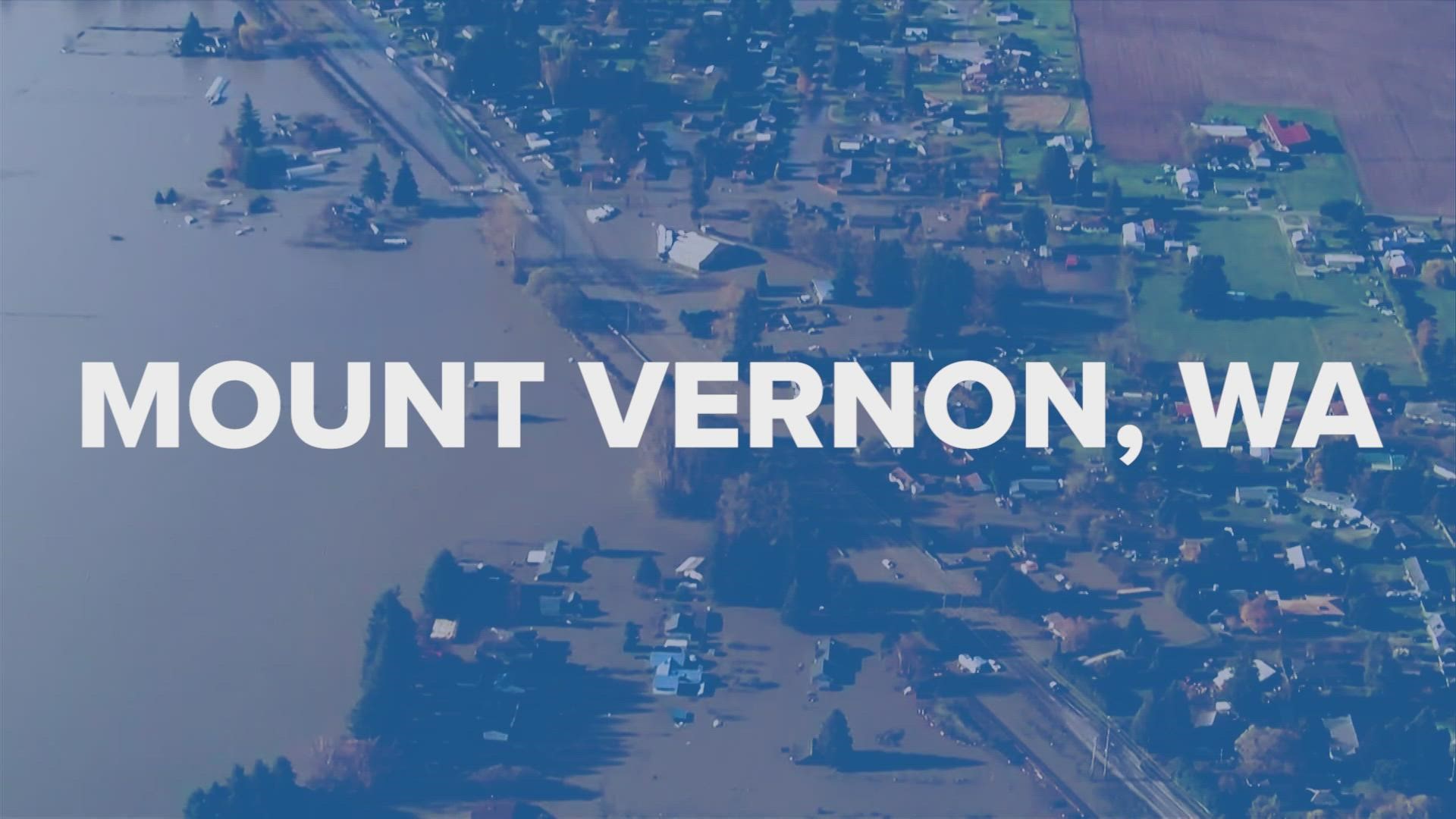 MOUNT VERNON, Wash. — The heavy rain over the past few days caused near-record flooding along the Skagit River near Mount Vernon.

The crest along the Skagit River near Mount Vernon is now the fifth highest in recorded history.

The flooding seen along the Nooksack didn't break into the top five, but it is the highest crest in the past several years. In 2020, the river crested at 20.95 feet on Feb. 2.

The Samish River near Burlington crested at 13.9 feet on Nov. 15. There is no historic data available for the river in that area.

The flooding seen over the past few days in Whatcom and Skagit counties prompted evacuations and forced schools to close.

On Sunday, Nov. 14, Bellingham Airport recorded the fifth wettest day in history when 2.78 inches of rain fell, according to KING 5 Meteorologist Rich Marriott. Rainfall the next day broke the daily record, setting an all-time, two-day rainfall record for Bellingham at 4.67 inches.

Bellingham broke it's record rainfall for the date yesterday for the 2nd day in a row 1.89". This gives them a two day total of 4.67" for the wettest 2 day period recorded at Bellingham. Previous 2 day record Nov 10-11, 1990! #k5weather #wawx #nwsseattle

The rainfall occurred during the second atmospheric river in the past several days.

An atmospheric river is a long, narrow region in the atmosphere, like a river in the sky, that brings water vapor from the tropics. 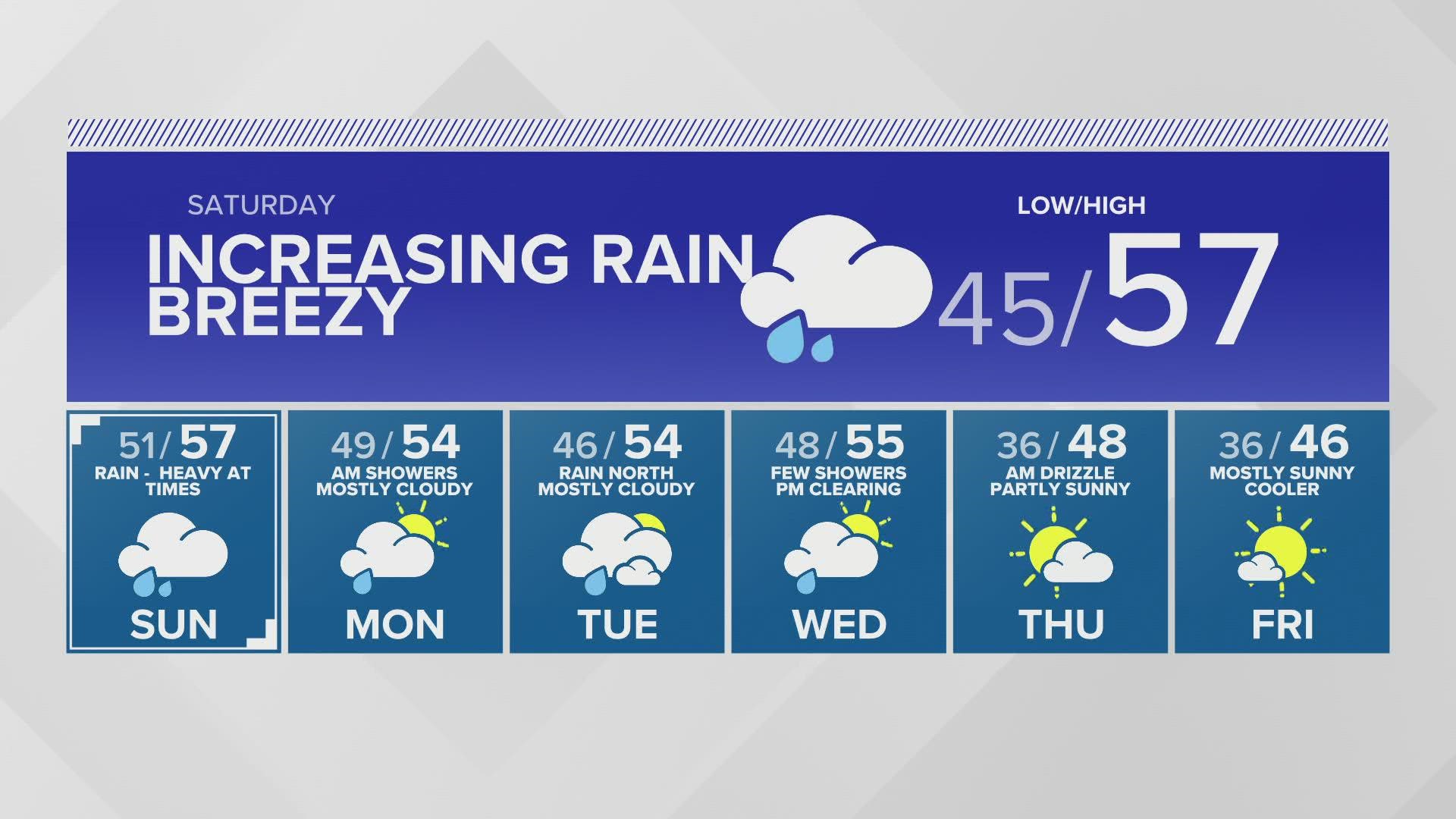