Emergency management, community bring supplies to residents stranded along US 2

Several communities along US 2 have been cut off for days due to heavy snowfall. 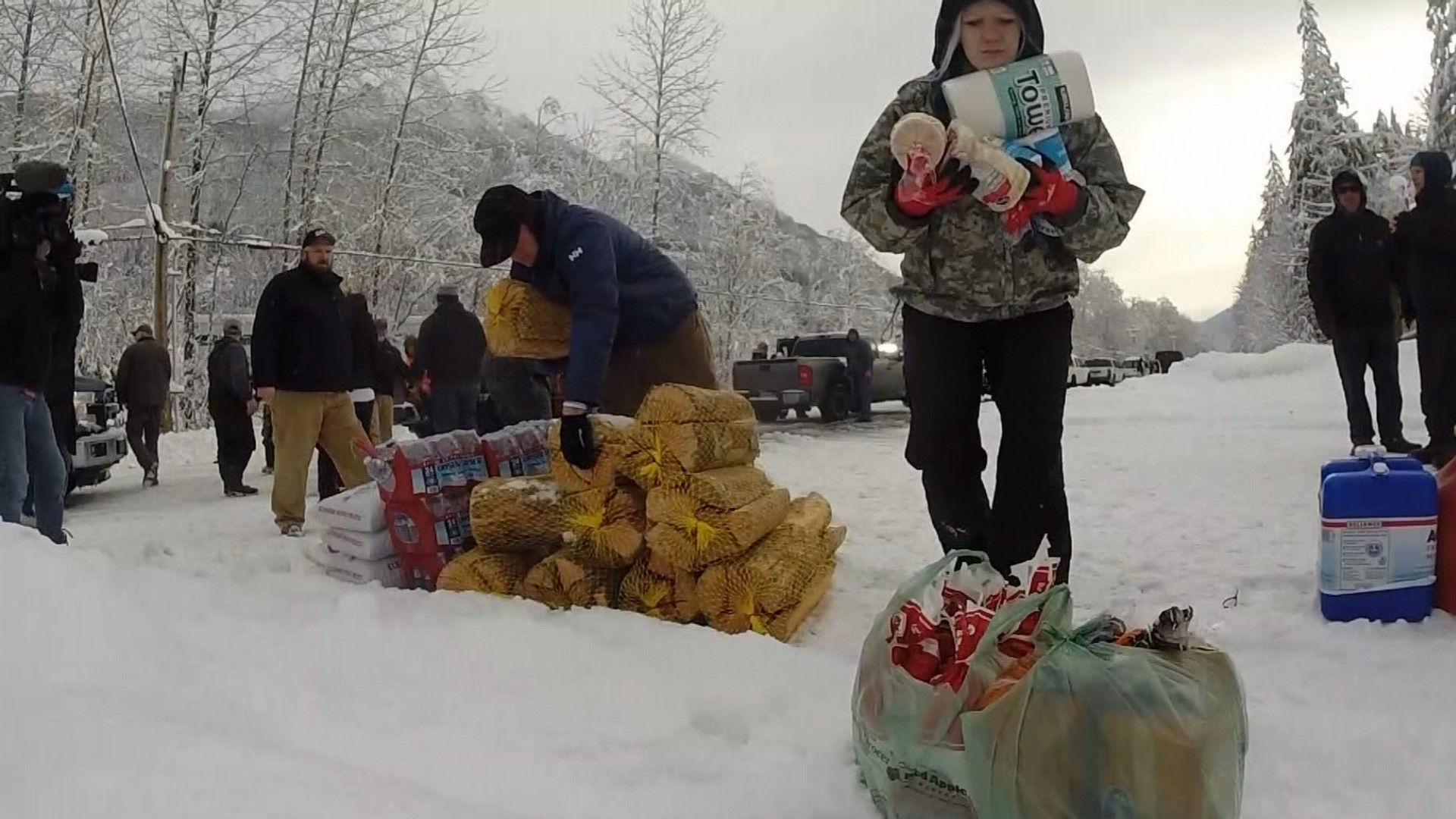 GOLD BAR, Wash. — Patience is wearing thin for residents impacted by the closure of US Highway 2 near Skykomish. Most living in the area have been without electricity since 2 p.m. Friday.

Washington State Department of Transportation (WSDOT) opened a portion of US 2 on Wednesday at 2 p.m. for local access to Skykomish for people living between Money Creek tunnel and Skykomish. US 2 remains closed between Skykomish and the Stevens Pass summit.

But help arrived Wednesday when WSDOT escorted a group of volunteers across US 2 with supplies donated by community members for residents stranded by the closure.

“We’ve got like four trucks packed full right now with more coming. Everything from pellets for pellet stoves, gas for generators, diesel, the normal amenities that everybody needs," volunteer Dave Mergenthaler said. "Food, bread, milk, tons of water, anything and everything we could gather between last night and this morning is going up.”

"This is the type of help that just warms you when nothing else does," said one resident when the help arrived.

RELATED: 'Not worth the risk': Troopers end escorts off US 2 east of Skykomish

Some residents have posted videos showing at least three feet of snow on the ground. Mergenthaler said some people have been trapped in their homes for days.

"We don't have news, we don't have phones, we don't have internet. We're totally isolated," said Preston. "I don't know if the governor has called this an emergency. If he hasn't, he needs to. We need all the help we can get."

Governor Inslee said Wednesday his office has been in contact with the mayors of Gold Bar and Skykomish, who did not immediately request help from the state. Inslee defended the state's response in an interview with KING 5.

“I think we’re executing extraordinary efforts,” Inslee said, "we're exercising every possible resource to get this critical highway open." He also added, "We've been very appreciative of people, they're resilient in these communities."

Inslee said his office used executive authority to free up funds to get helicopters into the Skykomish area Wednesday to help knock snow off of treetops, as well as hire private contractors to help with tree removal. 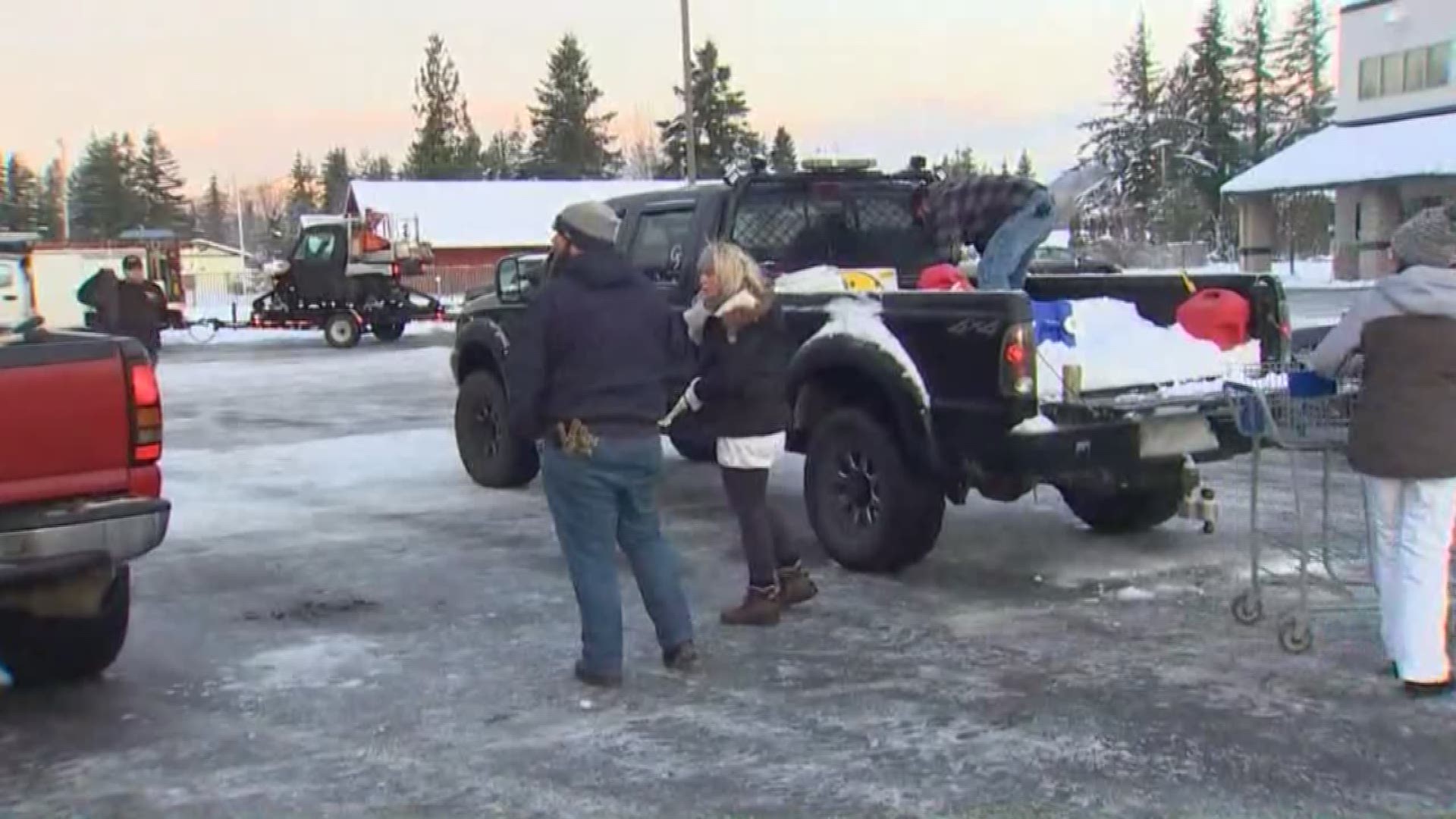 The WSDOT reported at least 70 full or partial trees blocking US 2 and taking down power lines. At one point, the agency pulled its crews out because conditions were too dangerous.

"Every time they cut down a tree, or a vulnerable tree, or a tree that's already snapped, more trees are coming with it," said Washington State Patrol's Heather Axtman.

Skykomish Mayor Henry Sladek also confirmed there are issues with the city's drinking and sewer water.

"It's down to just a trickle," Sladek said Tuesday. "We're getting a new generator so that should be fixed rather quickly."

Sladek also said efforts were underway to bring fuel into town, but he wasn't sure when that would happen. The local food bank is feeding people who have run out of food. 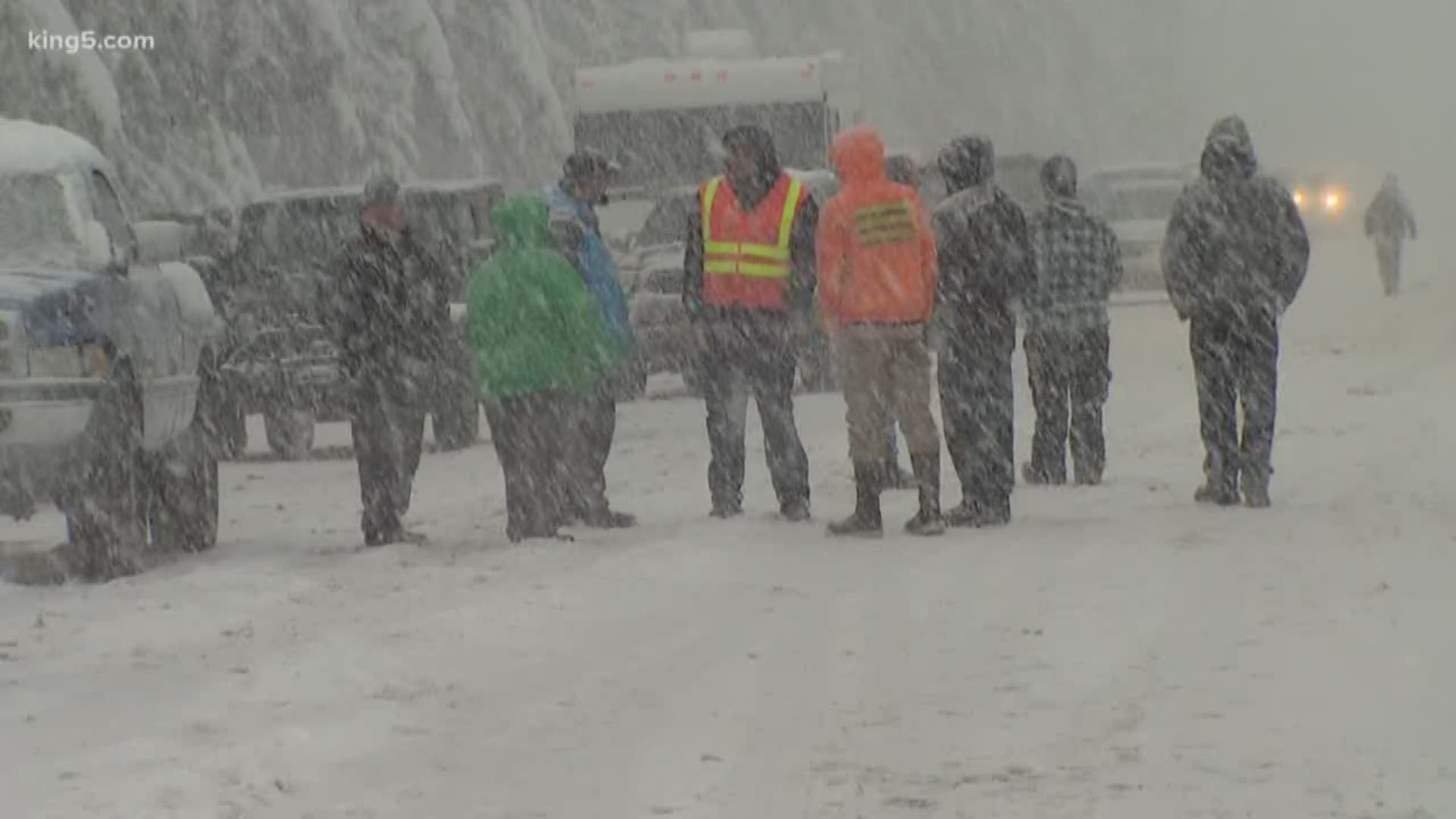 Donations of non-perishable food items, diapers, and other essentials are being accepted at the Gold Bar Fire Department.

The King County Sheriff's Office said any Baring residents in need of immediate services like water, fuel, or propane should call the Skykomish Fire Station at 425-736-7654. Residents can also pick food or eat at the Skykomish Masonic Lodge located at 108 E Old Cascade HWY. 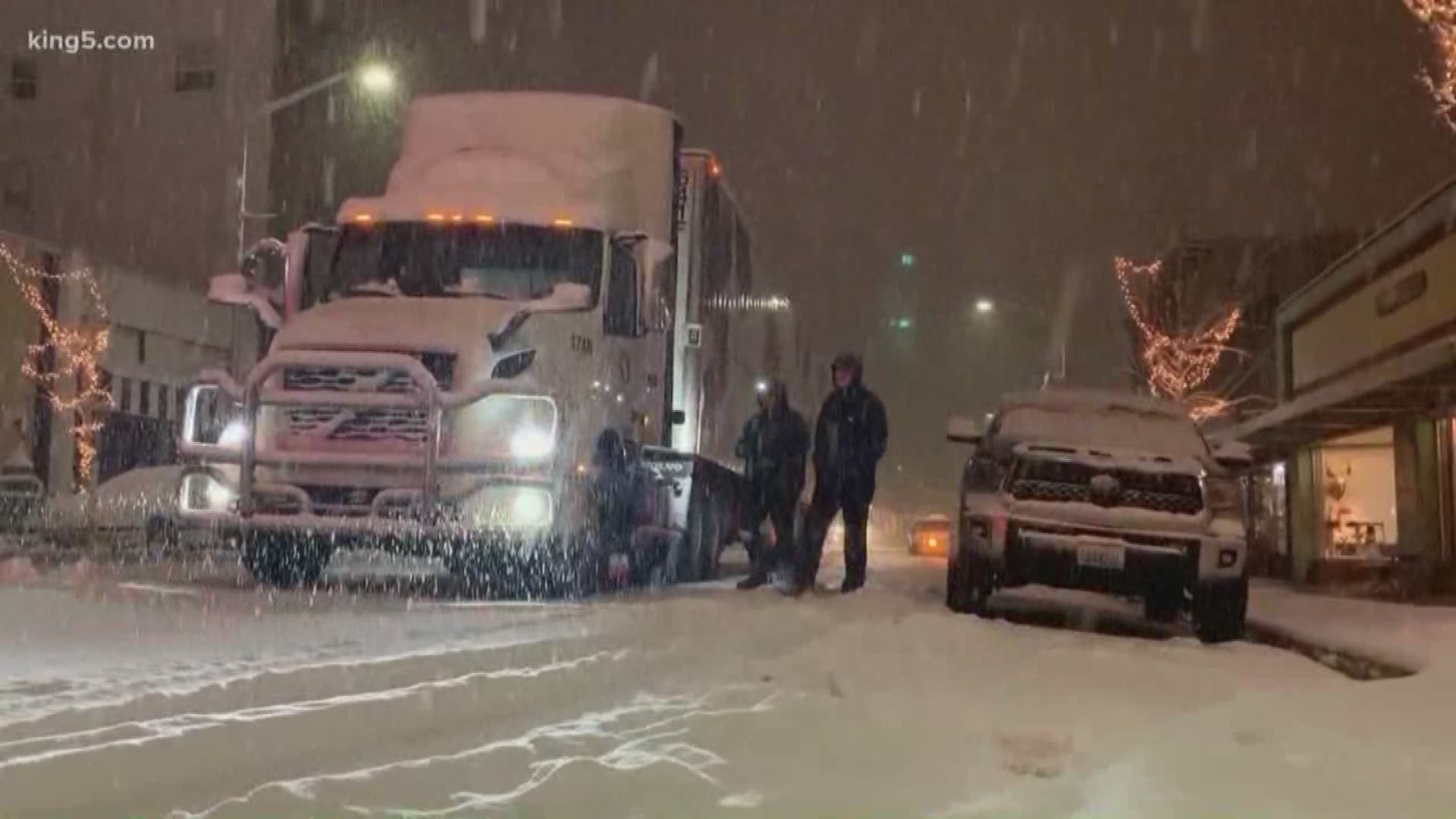