Snow will be concentrated in the South Sound on Thursday, but a storm could bring up to 10 inches of snow throughout western Washington on Friday and Saturday. 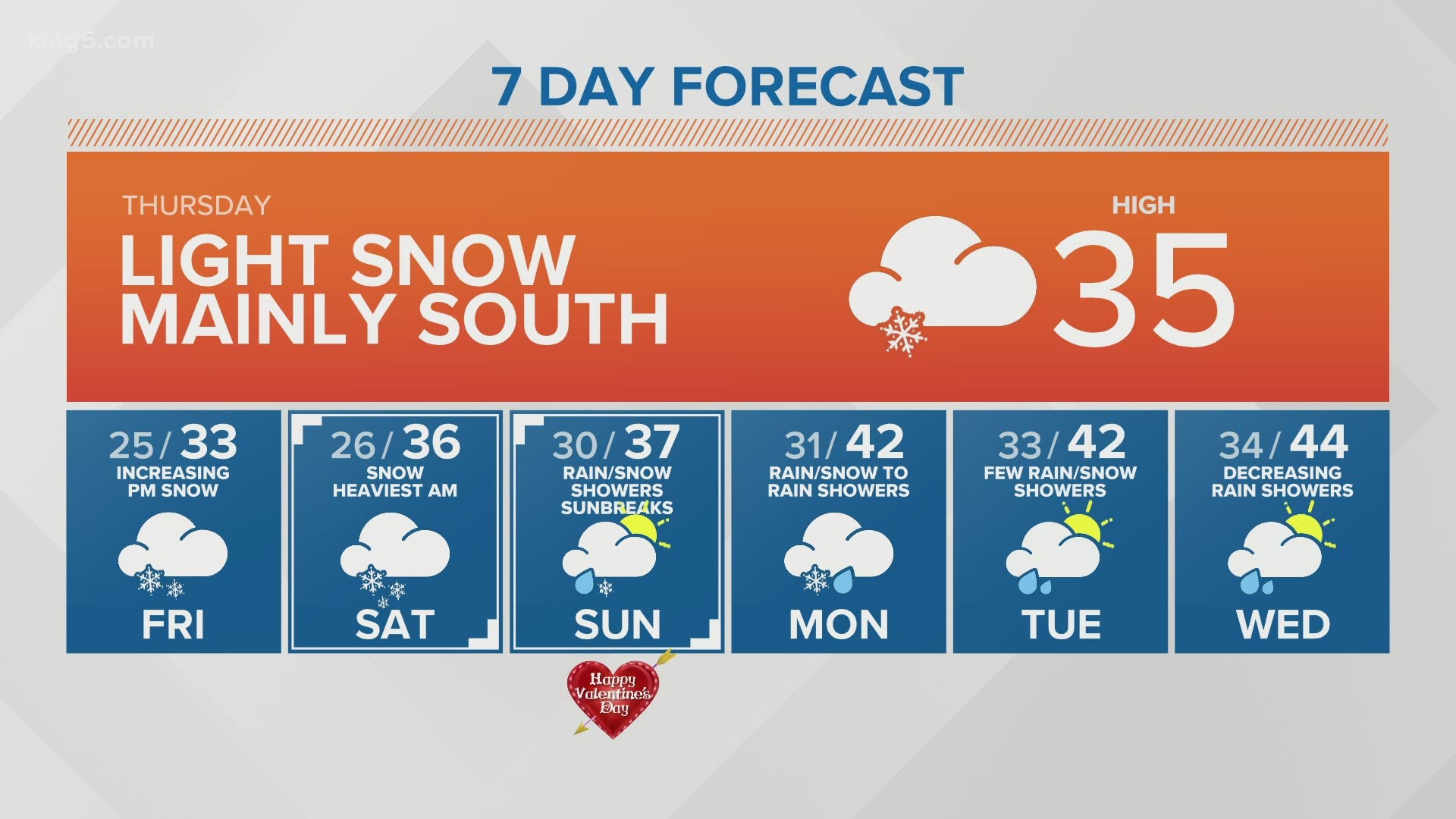 SEATTLE — Bundle up, Northwest. A blast of cold air has arrived in western Washington with 5-10 inches of lowland snow possible in the Puget Sound region by Saturday.

Computer models disagree on the details for later in the week and the weekend, but this is the most likely scenario right now:

There is a chance of scattered snow flurries across western Washington Thursday morning with increasing snow spreading up from the south late Thursday afternoon and evening.

The National Weather Service (NWS) reported an area of light snow extending from the San Juan Islands into Island County around 2:40 a.m. Thursday.

Most snow accumulations will be in the South Sound on Thursday: From Olympia southward could see 1-3 inches of snow. Amounts lessen moving north with Seattle expecting an inch or less.

The NWS issued a Winter Storm Warning until 6 a.m. Friday for Tacoma and Hood Canal, and areas south through Lewis County.

RELATED: What's your elevation? Check this map before snow hits 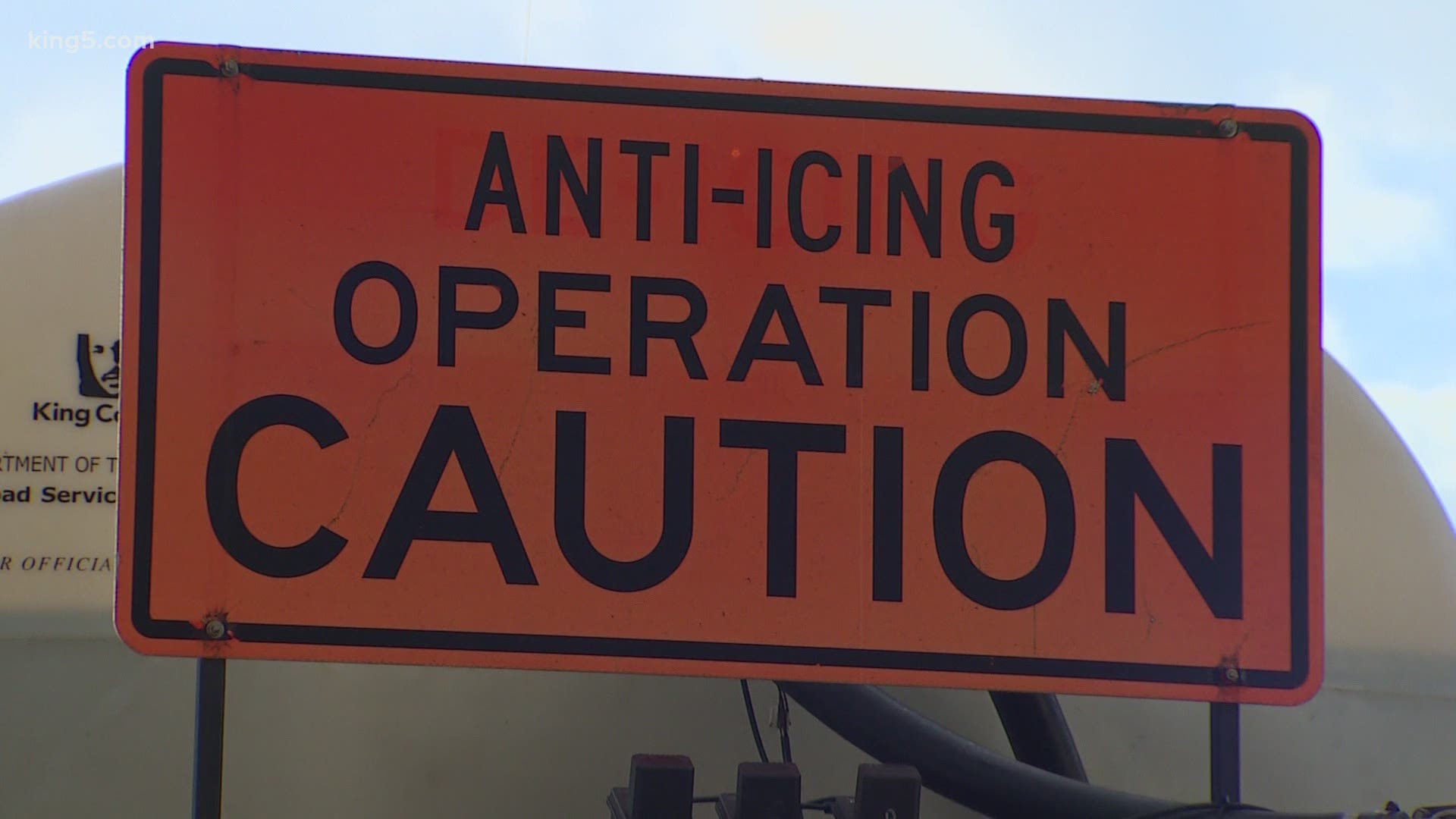 A stronger weather system pushes through Friday afternoon and evening for increasing snow, which is expected to become heavy overnight Friday.

High temperatures on Friday are expected to be in the upper 20s to low 30s for most of Puget Sound and in the mid-20s in Whatcom County.

The NWS also issued a Winter Storm Watch for portions of northwest and west-central Washington from Friday afternoon through Saturday afternoon. The weather service said heavy snow with accumulations of 4-6 inches is possible.

Snow showers are expected to diminish Saturday afternoon. Total accumulations may add up to 6-12 inches across the south Sound, 5-10 inches around the Seattle area, and 3-8 inches from Snohomish County to the Canadian border, according to KING 5 Meteorologist Craig Herrera.

Sunday could see snow showers, but they are expected to become mixed with rain during the day as snow levels edge up towards 500 feet.

Monday may see a mix of rain and snow showers with snow levels between 700-1,000 feet.

Right now, it looks like we will return to mainly rain in the lowlands next week. 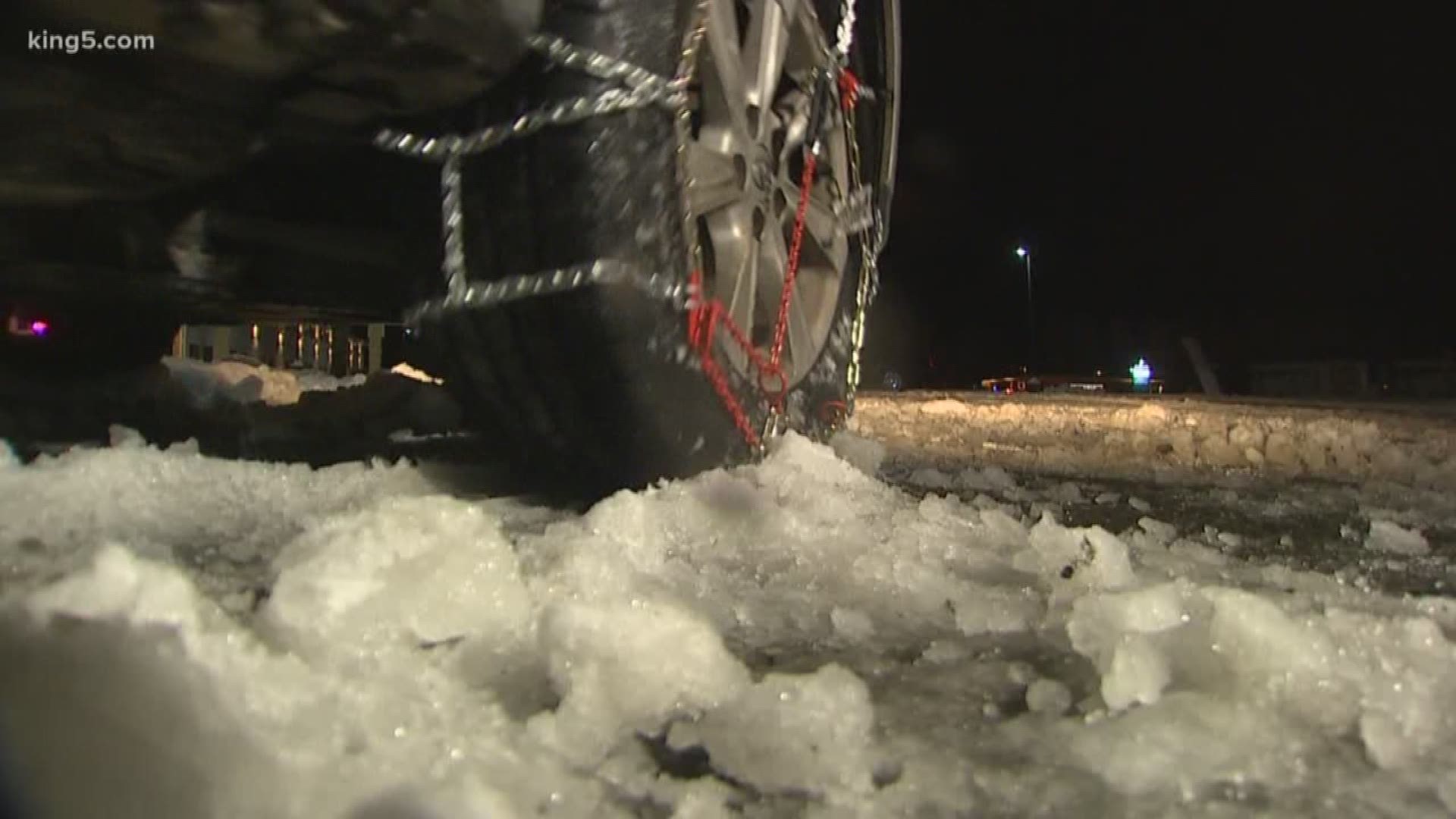