The heavy rains loosened soil and wind toppled the cornstalks, something the owners of Muddy Boots Pumpkins have never seen since starting the corn maze. 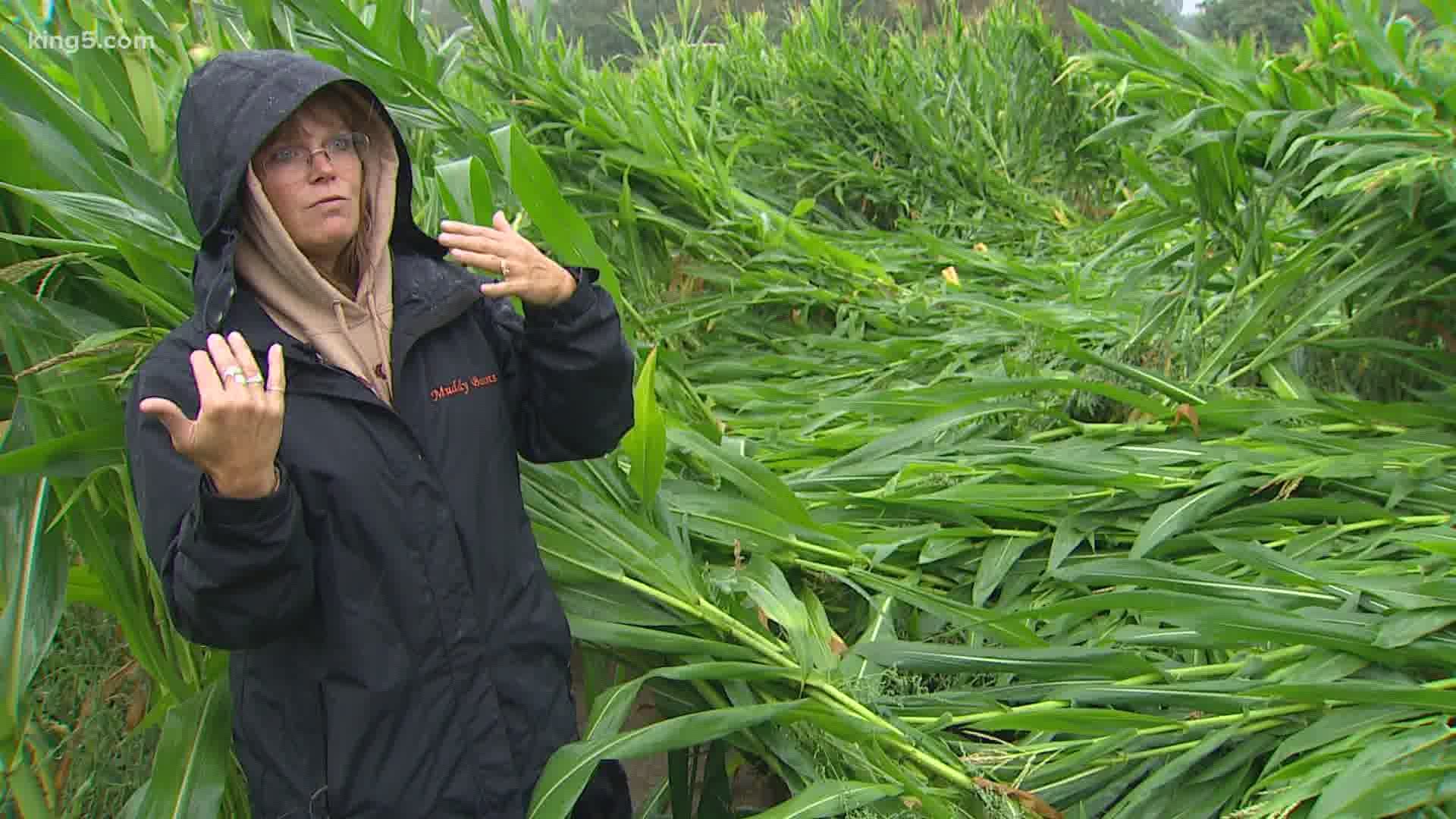 Power crews were hard at work fixing outages in Tacoma, and thousands lost powers in Oak Harbor and in Lake Stevens.

And the fall weather put a damper on a favorite fall activity in Duvall.

“We could just see the corn starting to fall. And we were going, ‘what is happening?’” said Kerrie Roetcisoender the owner of Muddy Boots Pumpkins.

The main attraction is their three-acre corn maze, complete with eight feet tall stalks and scarecrows hidden throughout.

“We have cornstalks that have fallen down and not just though the trails, but all throughout the whole maze,” she said.

The heavy rains loosened soil and wind toppled the cornstalks, something Roetcisoender has never seen in the four years they’ve had a corn maze.

“We plant hundreds of acres of corn on our dairy farm and it doesn’t do this, so this is just unprecedented,” she explained.

They made the tough decision to close the maze for 2020.

“It’s art, it’s not just a maze to us. It’s what we do for the community. We only charge $5 for people to come in here. We want people to come back four or five times in a season. And that’s what we love. To see these people come back over and over,” she said.

The maze is the main attraction at Muddy Boots Pumpkins and the Roetcisoender’s are anticipating a big financial loss this year due to a drop in business.

“I’m sure we’re going to take a hit because of this. However, we’ve seen a huge outpouring of love from our community saying they’re still going to come and get pumpkins, which we really appreciate,” she said. “Muddy Boots is not going away, but we are probably going to move locations next year. We’re going to stay in Duvall, we’re just going to move down the street where we’re not going to be affected by the high waters as much and hopefully our corn maze will stay standing.”

They are keeping the pumpkin patch open and hoping for drier weather.