The photos, taken in Portland's Creston neighborhood, were posted to Facebook by Brian Schmit. They show a pattern of clouds in the sky that look like waves.
Author: Jared Cowley (KGW)
Published: 9:35 AM PDT July 19, 2019
Updated: 12:47 PM PDT July 19, 2019

The photos, taken at sunset in Southeast Portland's Creston neighborhood, were posted to Facebook by Brian Schmit. They show a pattern of clouds in the sky that look like waves in the ocean.

As Schmit wrote in his post, the clouds are called Kelvin-Helmholtz clouds, and the formation is an "extremely rare phenomenon," according to the Met Office in the U.K.

"They occur when there is a strong vertical shear between two air streams causing winds to blow faster at the upper level than at the lower levels," the Met Office reports.

See photos of the Kelvin-Helmholtz clouds 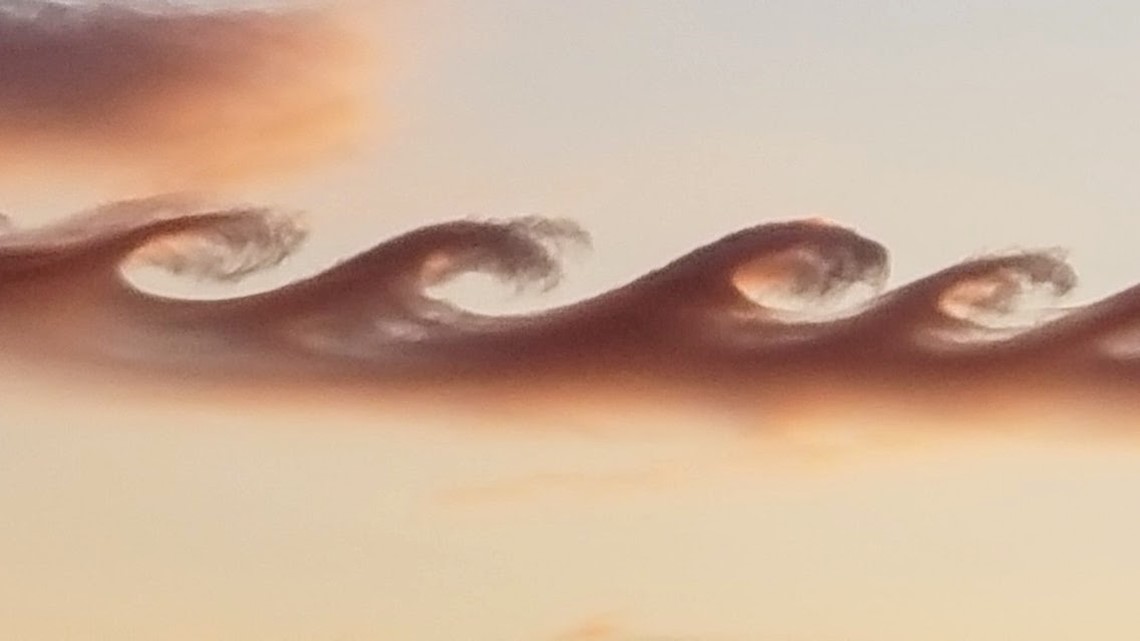 The formation is more likely to happen on windy days, and is a good indication of aircraft turbulence.

Here's another interesting fact about this rare cloud formation. According to EarthSky, "it's widely believed that these waves in the sky inspired the swirls in Vincent van Gogh's masterpiece, Starry Night."