Thurston County officials say flood waters have receded over the past two days, however, residents are still advised to boil water. 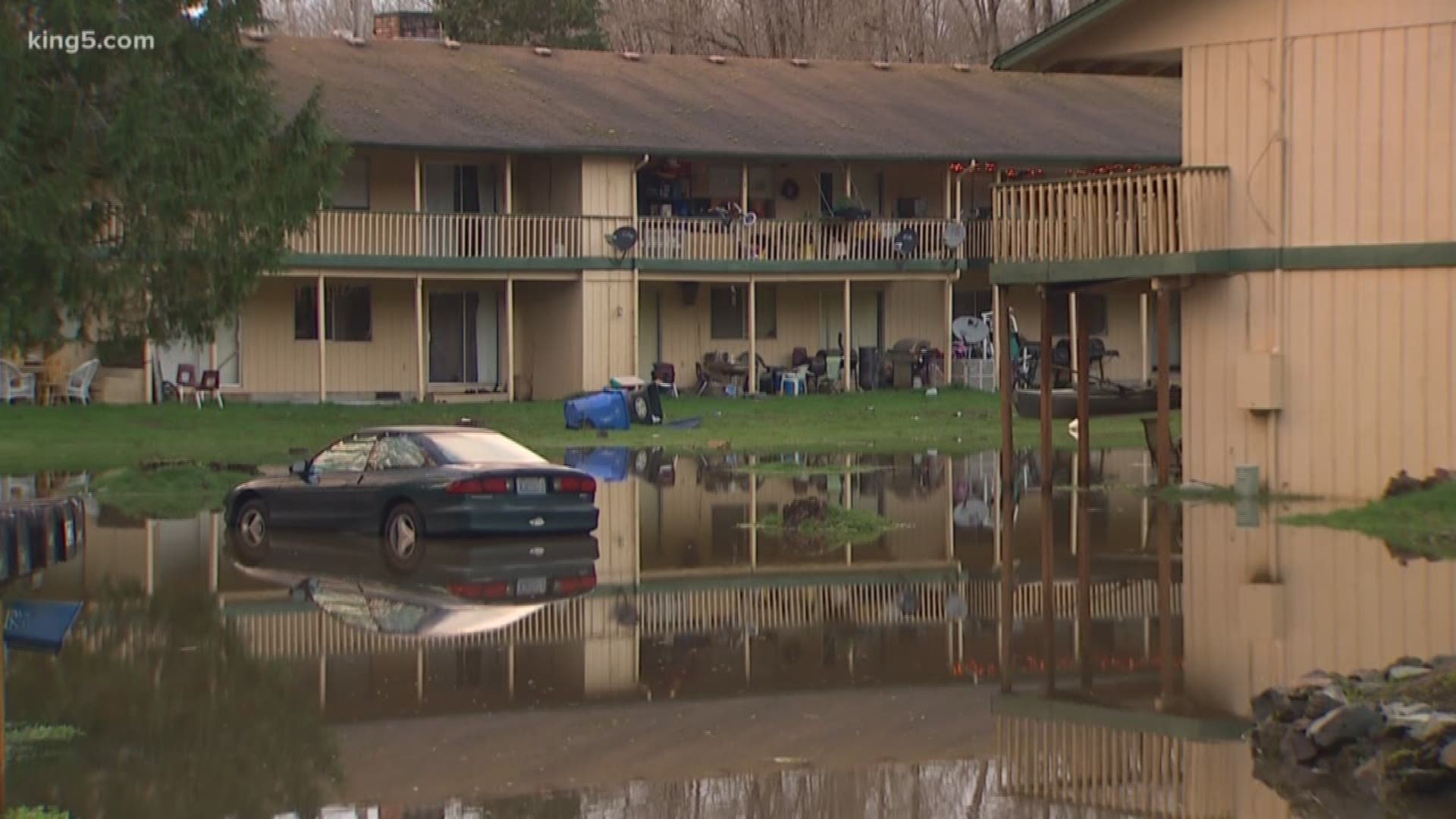 Residents are urged to boil their water until further notice, even if their property was not directly impacted by the flooding.

Much of the area flooded late last week due to heavy rains, and several people living near the Nisqually River were forced to leave their homes.

At the Riverside Manor apartments, which is right next to the river, the flooding impacts were readily visible.

“Everything below five inches just totally soaked….gone…,” he said.

Bacon lives on the ground floor of the apartments and said he was able to save most of his things and is also getting assistance from the Red Cross.

Jake Wood also lives on the ground floor of the apartments.

“When it started I went down to 6th street and saw all the fire truck and news cameras I told them I lived here and they all said the same thing, pack up, get out, get ready,” Wood said.

Wood said he was also getting help from the Red Cross.

“They want to be able to help us…get everything moved out, because we don’t know if we can move back in, or stay.”

A sewer pipe crossing the Percival Creek in Olympia also broke due to a falling tree, causing sewage to spill into the creek west of Deschutes Parkway. Thurston County health officials advised people to avoid contact with water in Percival Creek, Capitol Lake, and Inner Budd Inlet until further notice. There are no drinking water concerns.

On Friday, the Thurston County Dive Rescue Team helped eight people and six dogs to safety from a home flooded in the Nisqually Delta area. The dive team used the sheriff department's Tactical Rescue Vehicle, or TRV, which is a former military vehicle with high clearance.