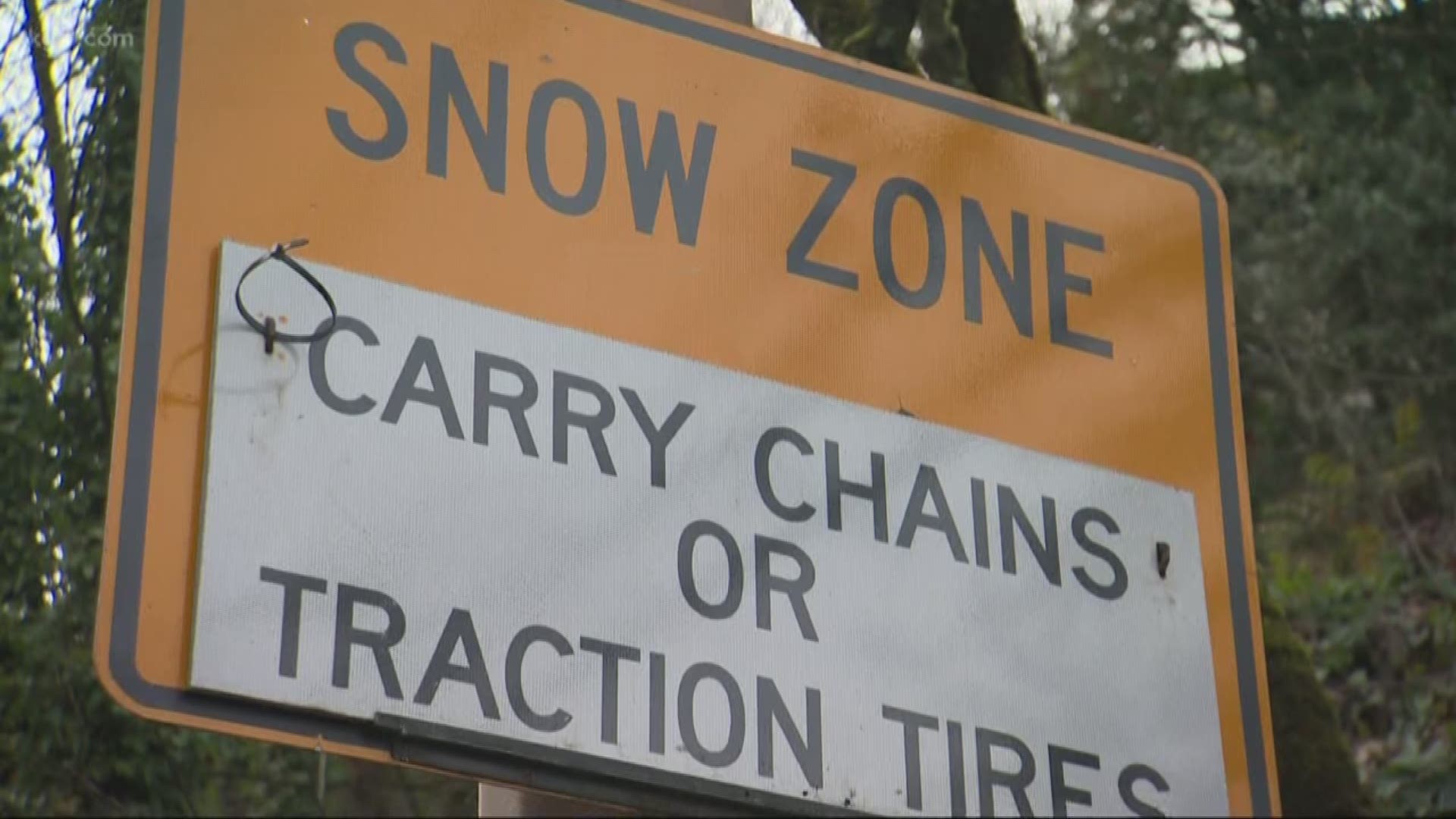 MOUNT HOOD, Ore. — Snow continued to cover the lanes of U.S. 26 at Government Camp Monday morning, with the Oregon Department of Transportation still calling for motorists to try and avoid travel over Cascades passes.

On Sunday, ODOT reported  "extremely hazardous conditions" with a report  that "road conditions remain treacherous" on the highways around Mount Hood and travelers should use caution of delay travel until conditions improve.

Early Sunday morning, a tree fell and knocked down a sign bridge spanning US 26 near OR 35, blocking all lanes of US 26 until ODOT crews were able to remove the sign from the road.

1 / 3
Don Hamilton, ODOT
Before dawn Sunday, a tree fell and knocked down a sign bridge spanning US 26 near OR 35. The fallen structure blocked all lanes of US 26 until ODOT crews hauled it off the road.

"Travelers between Bend and Portland Sunday should consider avoiding US 26 and use I-84 through the Columbia River Gorge. Travelers on Mount Hood should allow additional travel time and use caution," ODOT said.

Late Sunday afternoon, ODOT reported that OR 230 in the southern Oregon Cascades was closed from Diamond Lake to near Union Creek because of snow-laden trees leaning over the highway. ODOT said there's no estimated time for reopening.

On Saturday, the agency said were numerous spinouts because of heavy snow, high winds and poor visibility.

“Travelers should avoid Mount Hood if at all possible until Monday,” ODOT said in the alert.

Sections of Highway 35 have been closed periodically and more road closures may be necessary throughout the weekend.

Snow is hammering the Oregon Cascades, where there is a Winter Storm Warning in effect through Sunday night. Snow levels could drop to 2,000 feet this weekend.

Credit: KGW
Snowfall totals in the Oregon Cascades this weekend

An Avalanche Warning was issued Saturday night for the backcountry areas of Mount Hood.