A number of fires across the Inland Northwest were cased by lightning and hot spots can smolder for days after the initial strike. 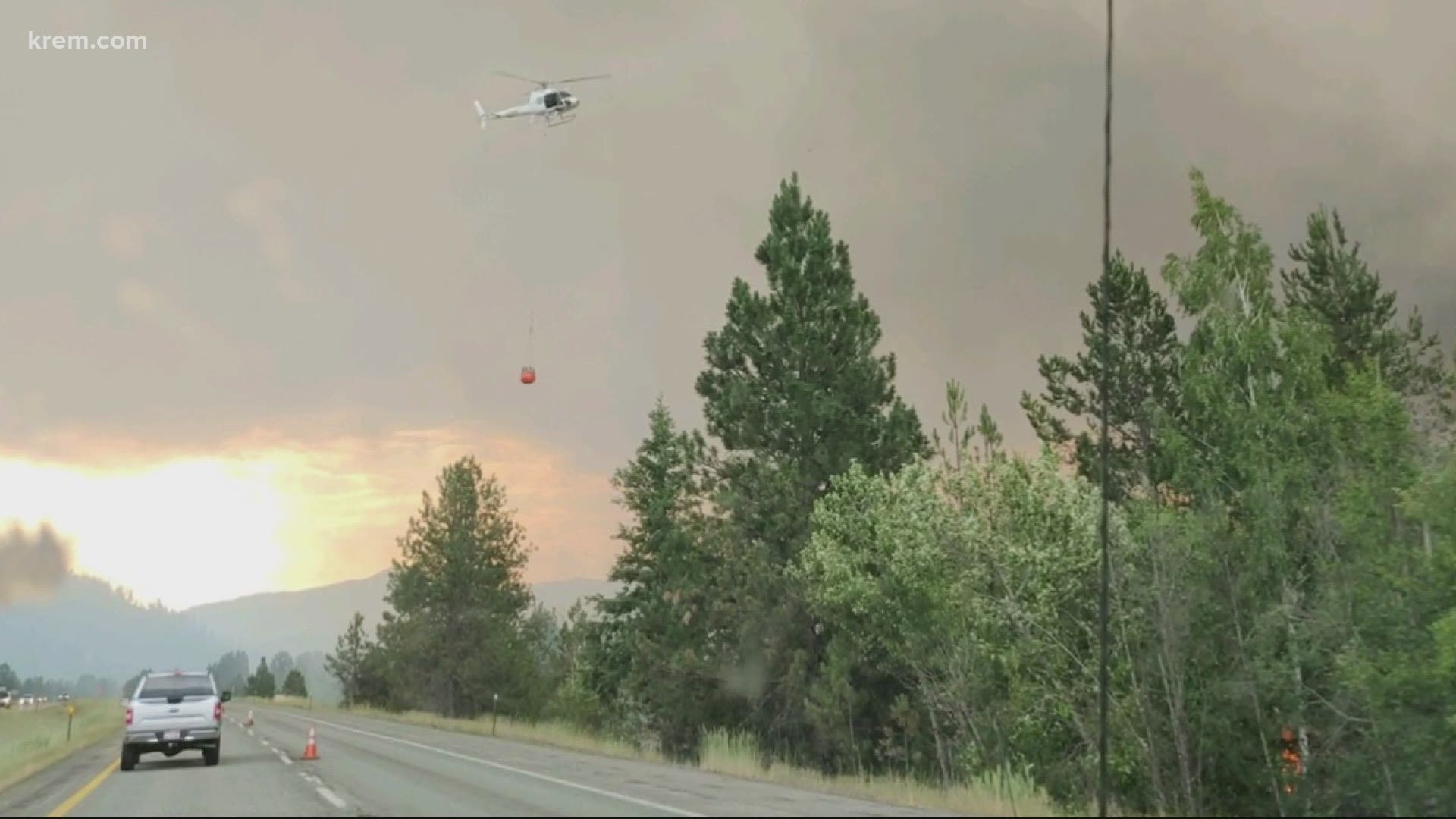 SPOKANE, Wash. — Wildfire season is in full swing across Washington and the Pacific Northwest. A number of large fires have already broken out this July. While the focus is fighting the fires immediately, the cause of the fires are investigated afterwards.

Lightning-caused fires tend to be easily identified. Weather radar, satellite, and lightning detection information can often be correlated to the starting location and time of a wildfire. But sometimes the onset of a fire can be hours or even days after the initial lightning strikes.

The Batterman Road Fire in Douglas County, Washington is an example of a lightning caused fire. And in Idaho, the Dixie Fire and Mission Flats fires were both confirmed to be started by lightning strikes.

RELATED: Mission Flats Fire burning off I-90 near Cataldo

A bolt of lightning can have temperatures up to 50,000 degrees Fahrenheit. Obviously that is so hot that it can immediately start a fire. Typically, the largest limiting factor to that is heavy rainfall. Thunderstorms with constant rain can douse hot spots before they're able to ignite.

But in the western US, thunderstorms can be considered "dry thunderstorms." Dry thunderstorms or dry lightning is when a storm doesn't have much or any rainfall associated with it. The result is a high risk of fires starting due to cloud-to-ground lightning strikes.

Additionally, lightning can sometimes occur a dozen miles away from the core of a thunderstorm. So even if there is heavy rainfall, lightning can strikes outside of where the rain is falling anyways.

And other concerning point is that fires can start days after lightning strikes from a passing storm. Small embers if left untreated can smolder for days. Through a chemical process called "thermal decomposition," organic material which decomposes through heat can create more heat itself. This positive feedback loop can result in the slow and delayed ignition of fires days after the initial lightning strikes.