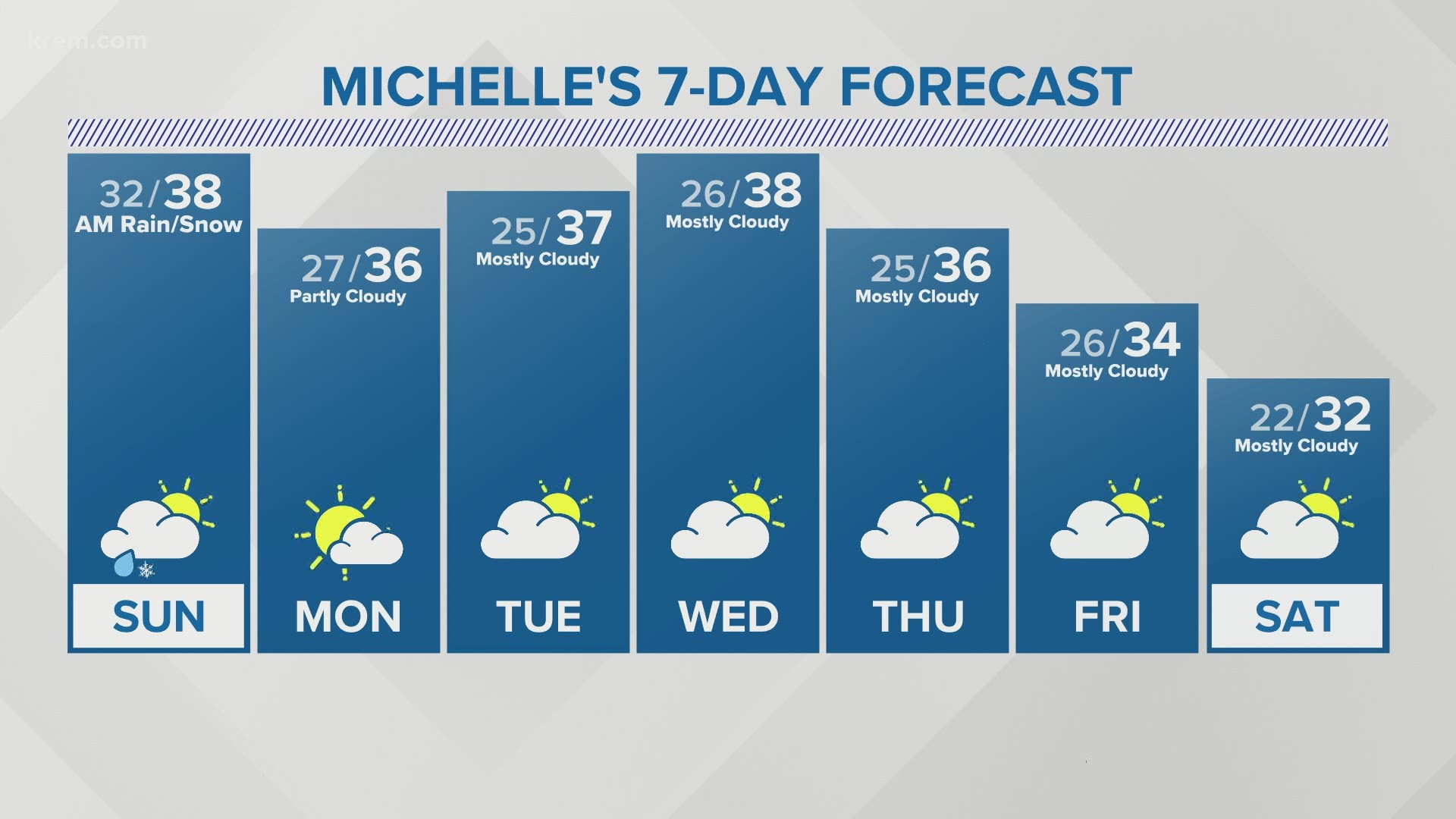 SPOKANE, Wash. — A weak storm system will bring some light precipitation to the Inland Northwest Saturday night into Sunday morning. Some locations in northeastern Washington and North Idaho might see an inch of snow (or 2 inches at the very most). Coeur d'Alene may see light snow accumulations, but Spokane will likely stay too warm for that.

The weather is looking pretty quiet for the upcoming week.  Some patchy fog is possible the next several mornings, but we should see a fair amount of sunshine on Monday.  Mostly cloudy skies are expected for the rest of the week, but it should otherwise be dry.

Temperatures will stay in the upper 30s and low 40s for several days this week before eventually turning colder by Friday of next week and into the following weekend.

Long range outlooks trend colder than average do to a large wave through in the jet stream. Snow is likely, but it doesn't appear to be a "snow storm" or heavy snow associated with the colder weather.