All Flood Warnings for western Washington rivers expired on Wednesday. 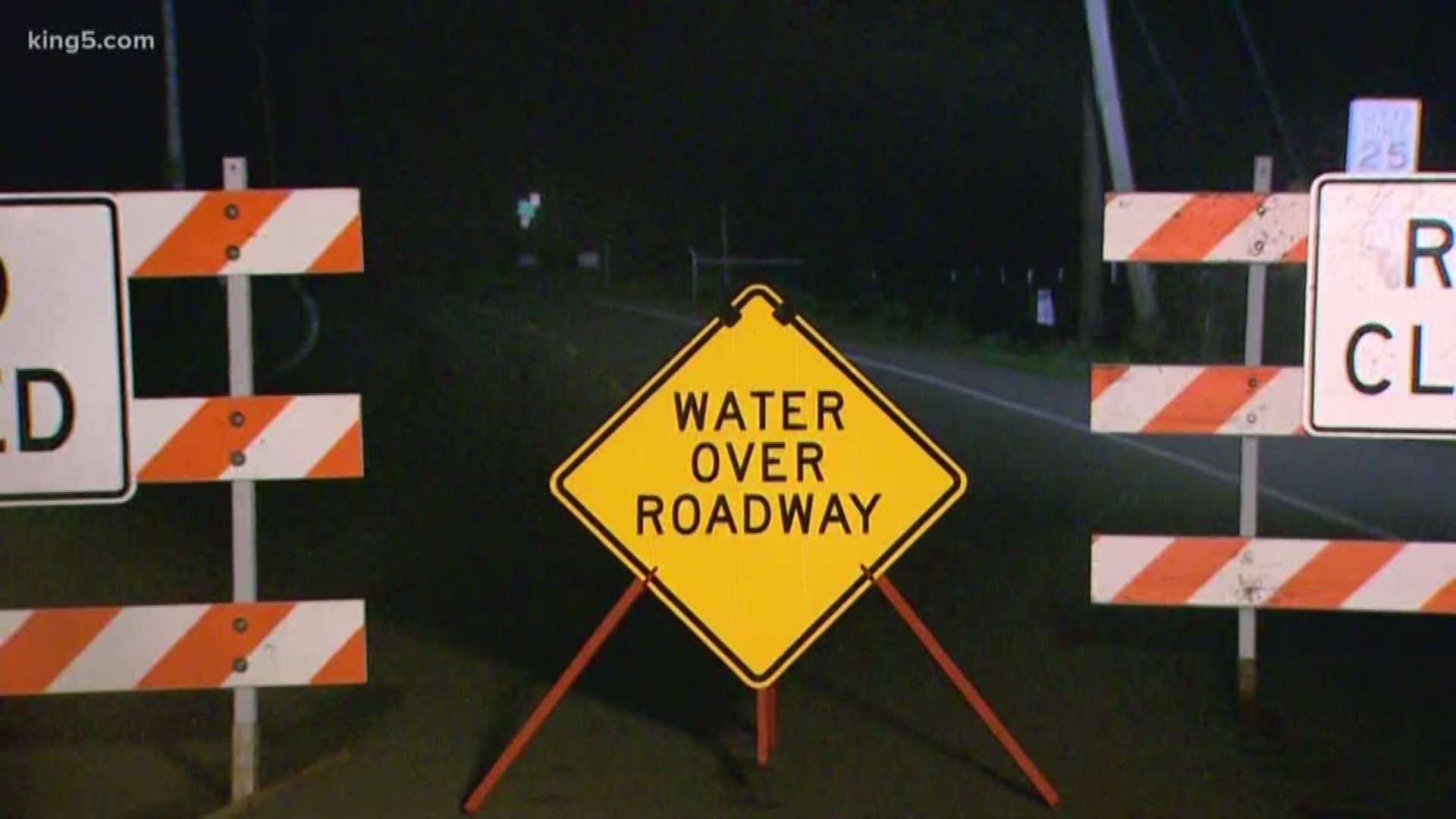 SEATTLE — Major flooding hit areas near the Snoqualmie and Snohomish Rivers on Tuesday due to heavy rain.

A Flood Warning for the Snoqualmie River near Carnation where moderate flooding occurred expired Wednesday. The river crested at 58 feet around 9 p.m.Tuesday.  A flood crest is the highest level a river reaches before it goes back down.

The Flood Warning for the Snohomish River at Snohomish expired Wednesday morning.

On Tuesday, residents in the area saw parking lots, parks, driveways and even cars nearly or fully submerged underwater.

Police warn drivers that if they see a roadblock, do not try to take a short cut around it. Turn around and find another route.

According to the National Weather Service, most of the flood-related deaths in Washington are attributed to people trying to drive through flooded roads, not realizing how deep it is. Six inches of fast-moving water can knock over an adult, 12 inches can carry away a small car, and 18-24 inches can carry away large SUVs, vans, and trucks, according to NOAA.

Police aided at least one vehicle that got stuck in standing water near Snoqualmie Tuesday morning.

Between 4 to 6 inches of rain fell in the Olympics and Cascades in a 24-hour period this week, according to the National Weather Service. Snoqualmie Pass saw 5.36 inches of rain, and Stevens Pass saw 3.03 inches.

Several inches of snow fell in the mountains this weekend, and much of that snow melted due to the rain, adding runoff of water on the hillsides. 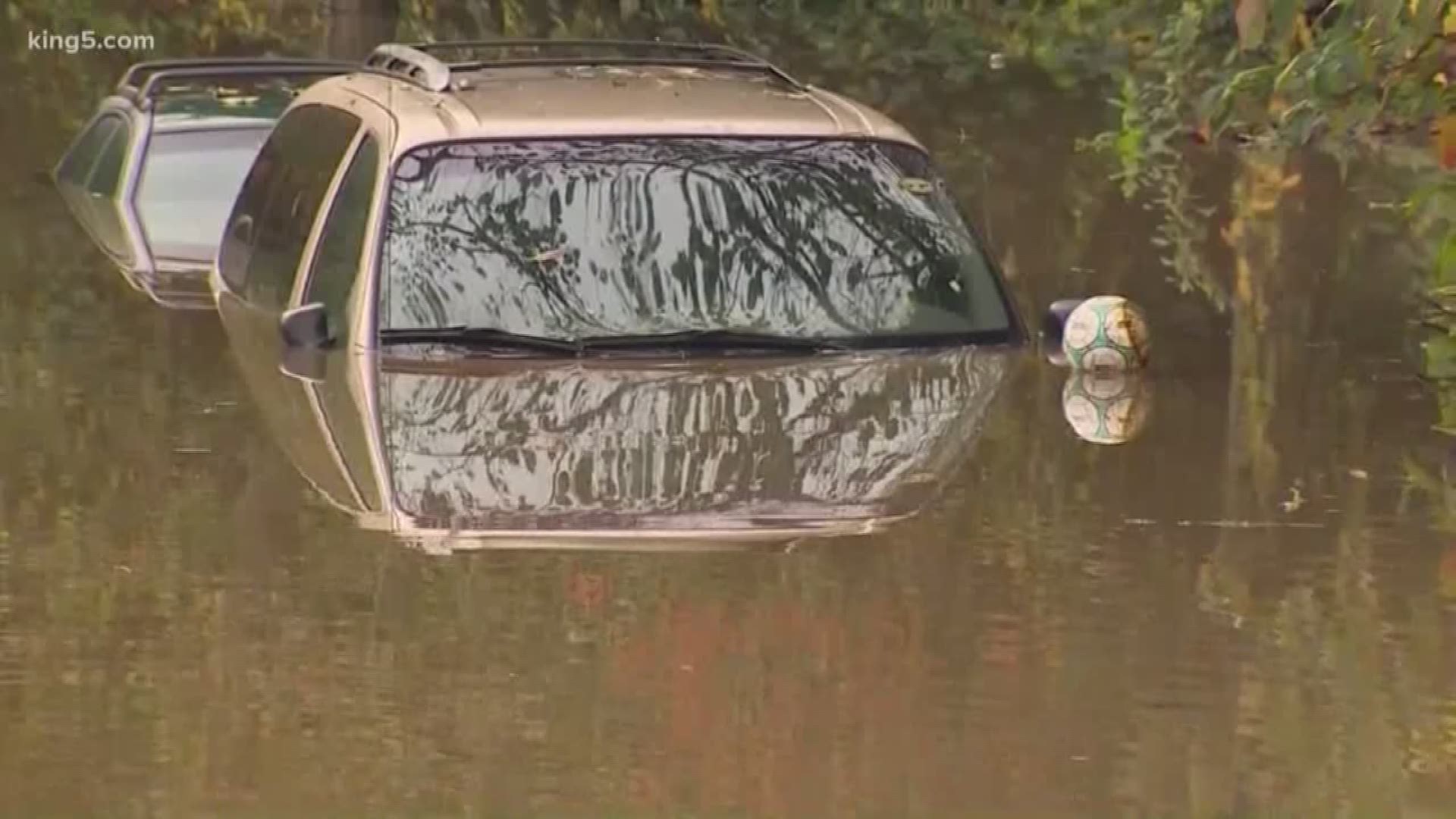 Sustained periods of rain increase the chance of landslides.

Homeowners can access the maps on DNR’s geology portal to determine how susceptible their property is to landslides. The presence of a previous landslide in the area is one of the biggest risk factors, according to DNR.

Know the triggers for landslides, such as erosion beneath a cliff, earthquakes, oversaturation from heavy rainfall, or excavating at the base of slopes.

You can also take steps to mitigate landslide risk on your property by draining water away from slopes, planting native ground cover on slopes, and avoiding placing fill soil, yard waste, or debris on slopes.