The ShakeAlert early warning system aims to give people time to prepare for an earthquake by dropping, covering and holding on. 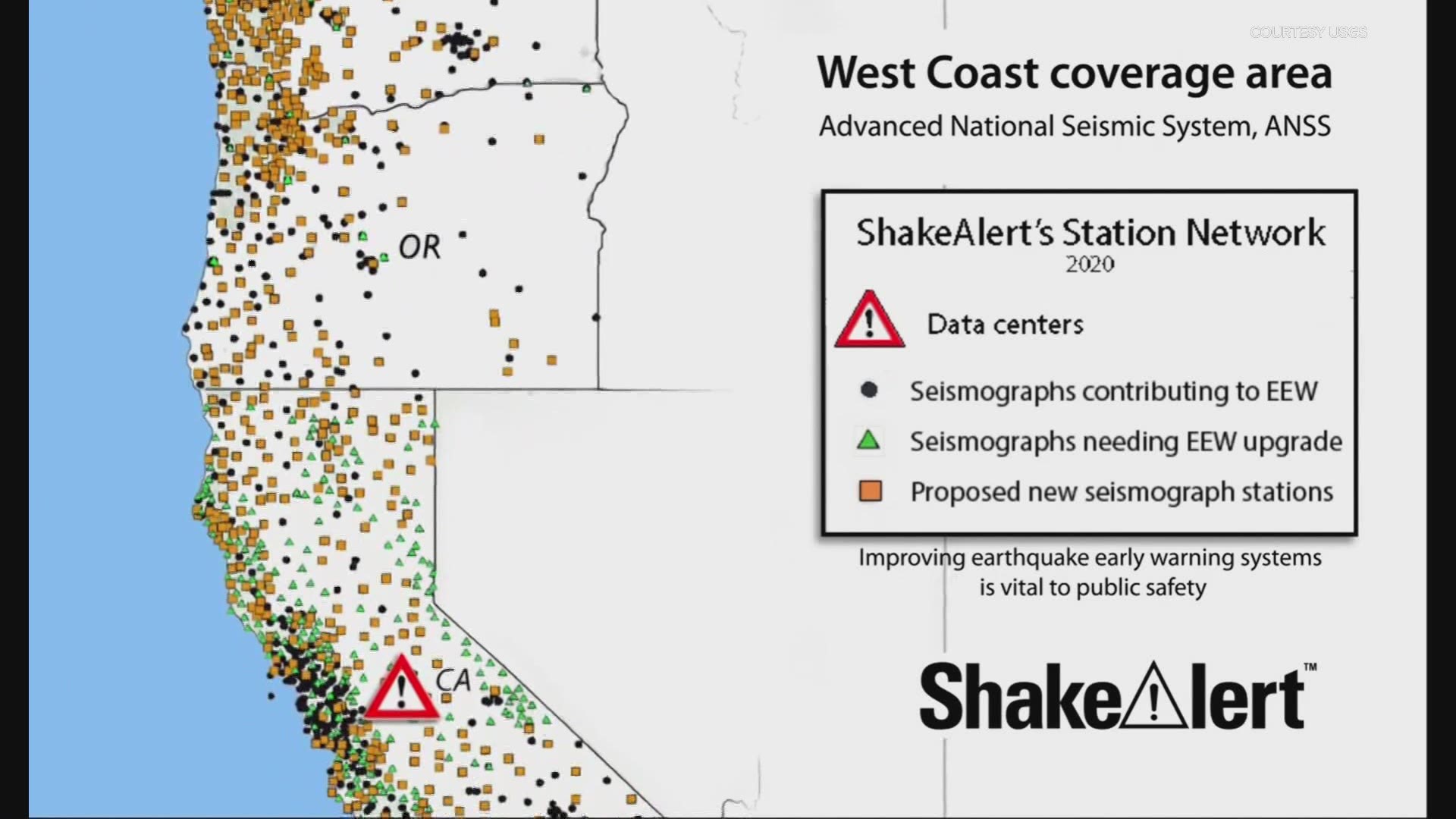 SEATTLE — Are you ready for the “Big One?”

Washingtonians now have another tool to help keep them safe when an earthquake strikes near their location.

On May 4, the ShakeAlert Earthquake Early Warning System was activated in Washington state. The ShakeAlert system will now be able to send residents an automated alert on their mobile phones, providing valuable seconds of warning to take cover before the shaking from an earthquake reaches their location.

There are two ways to receive the early warning alerts now that the ShakeAlert system is live: The Wireless Emergency Alert system and your phone’s built-in software.

While most phones already have “Emergency Alerts” or “Public Safety” alerts already turned on, the state EMD is asking the public to check their mobile phone to see if Wireless Emergency Alerts are turned on.

Click here for more information on how to receive ShakeAlert notifications.

Washington state has the second-highest earthquake risk in the United States, along with having one of the highest tsunami risks, according to the Washington Emergency Management Division (EMD). While the system is designed to give residents time to take cover in the event of an earthquake, it cannot predict when an earthquake will strike.

“The [ShakeAlert] system can calculate that an earthquake occurred, detect it, calculate how likely the area is over which damaging shaking will occur, and issue a warning that can be both sent out to potential infrastructure partners… and also mass alerting to the general public,” PNSN Director Harold Tobin said during an April 29 Webinar.

How much warning you get depends on how far away you are from where the earthquake started. Mobile phones will use location data to determine where you are. In some cases, you may only get a few seconds of warning, in others, a minute or more. But even a few seconds of warning could be enough to get under a table or away from windows.

The PNSN currently operates more than 230 seismic stations in Washington, with about 100 more yet to be installed. The U.S. Geological Survey and its partners, including the University of Washington, will be adding more seismometers to the network through "late 2025."

The densest concentration of stations is in the Puget Sound region and along the Olympic coast due to a combination of the high population and earthquake hazards.

Tobin said the ShakeAlert system is currently capable of creating earthquake early warnings “literally in a matter of a few seconds after the initial detection of the seismic waves by the closest few stations.” To prevent false alerts from being sent, a total of four seismic stations need to detect the quake to confirm the event is an earthquake.

Washington state was supposed to get the technology last year, but the launch was interrupted by the coronavirus pandemic. The earthquake early warning system is already sending public alerts in California and Oregon.