The funding from Washington state would help smaller districts retrofit their older buildings, which were determined to be particularly vulnerable to earthquakes. 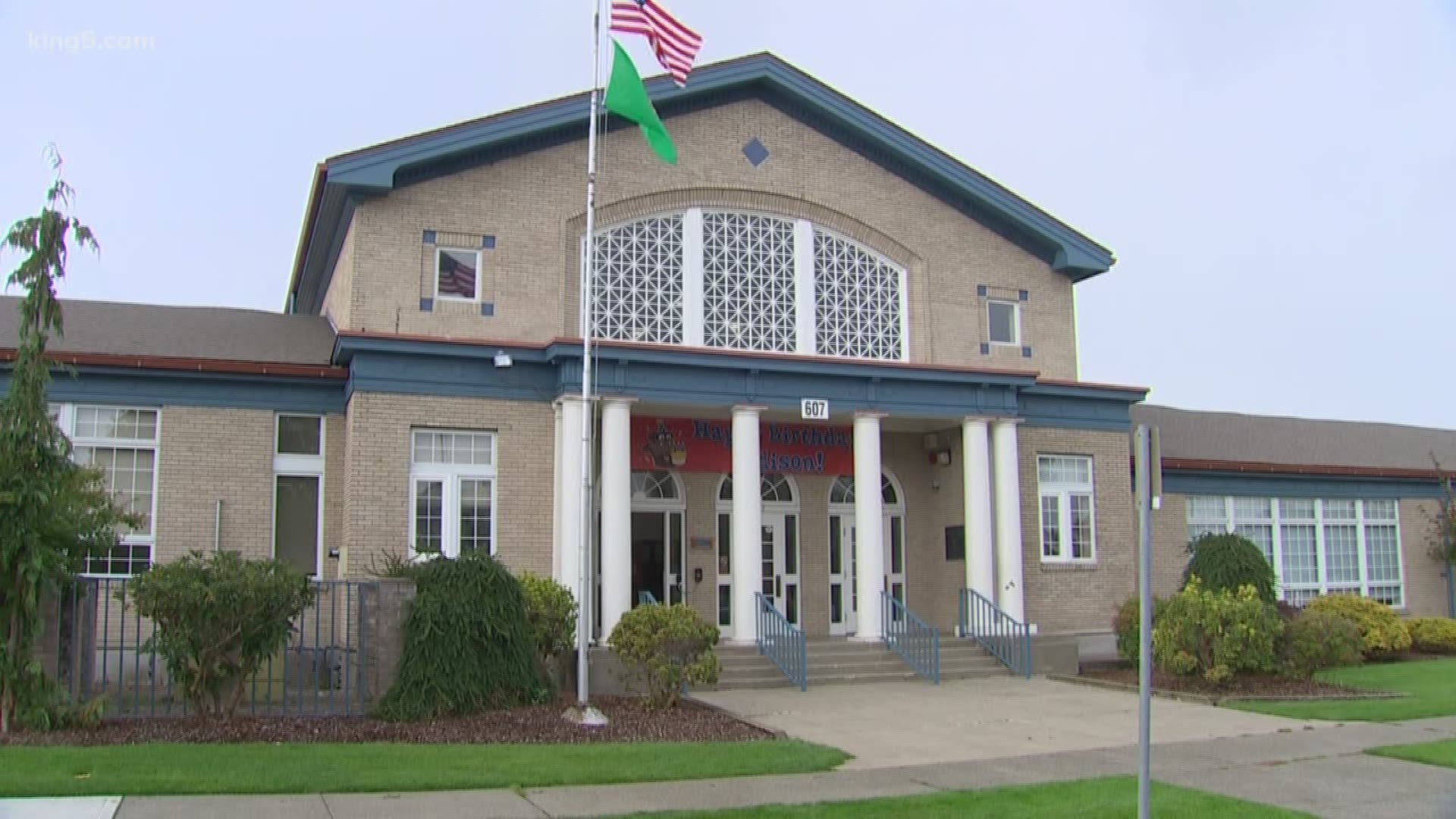 CENTRALIA, Wash — A study released over the summer found that if a major earthquake hits, several schools across Washington state would suffer major damage, putting the lives of students and staff at risk.

That's why, along with funding for more counselors, nurses, and support for students with dyslexia, the state superintendent also plans to ask lawmakers for $50 million to help prepare schools for a major earthquake.

“We’re in an earthquake zone. State geologists have identified, with us, to understand where those risks are the greatest,” said Chris Reykdal, Superintendent of Public Instruction.

The results of the seismic screening evaluations found that Washington has many older school buildings that are more vulnerable to earthquakes, according to the study.

RELATED: ShakeAlert earthquake warning app will be available to the public in Washington late next year

Reykdal said funding from the state would especially help smaller districts pay for retrofitting, such as the Centralia Public School District, where voters have only passed one bond since 1986.

Centralia’s Edison Elementary school is one of the “high risk” schools identified by the state.

It was built in 1918 with unreinforced masonry, a style of construction state geologists said is more vulnerable for damage in a large earthquake.

“Just to know our kids are safe if something did happen,” said Justice, “That would be what’s most important.

The Department of Natural Resources is inspecting schools across the state to determine how they would fare in an earthquake.

"As schools have remodeled, renovated, or totally replaced, they meet new codes," said Reykdal, who said the state needs to make updating the older campuses a priority.

"There's just some we think the state should step up and do," said Reykdal.

RELATED: Seattle kids prepare for an 8.0 earthquake in 'The Big Shaker' simulator