Bellingham, Olympia, Seattle, and Tacoma could see anywhere from 6 inches to 11 feet of water from a tsunami off the Washington coast. 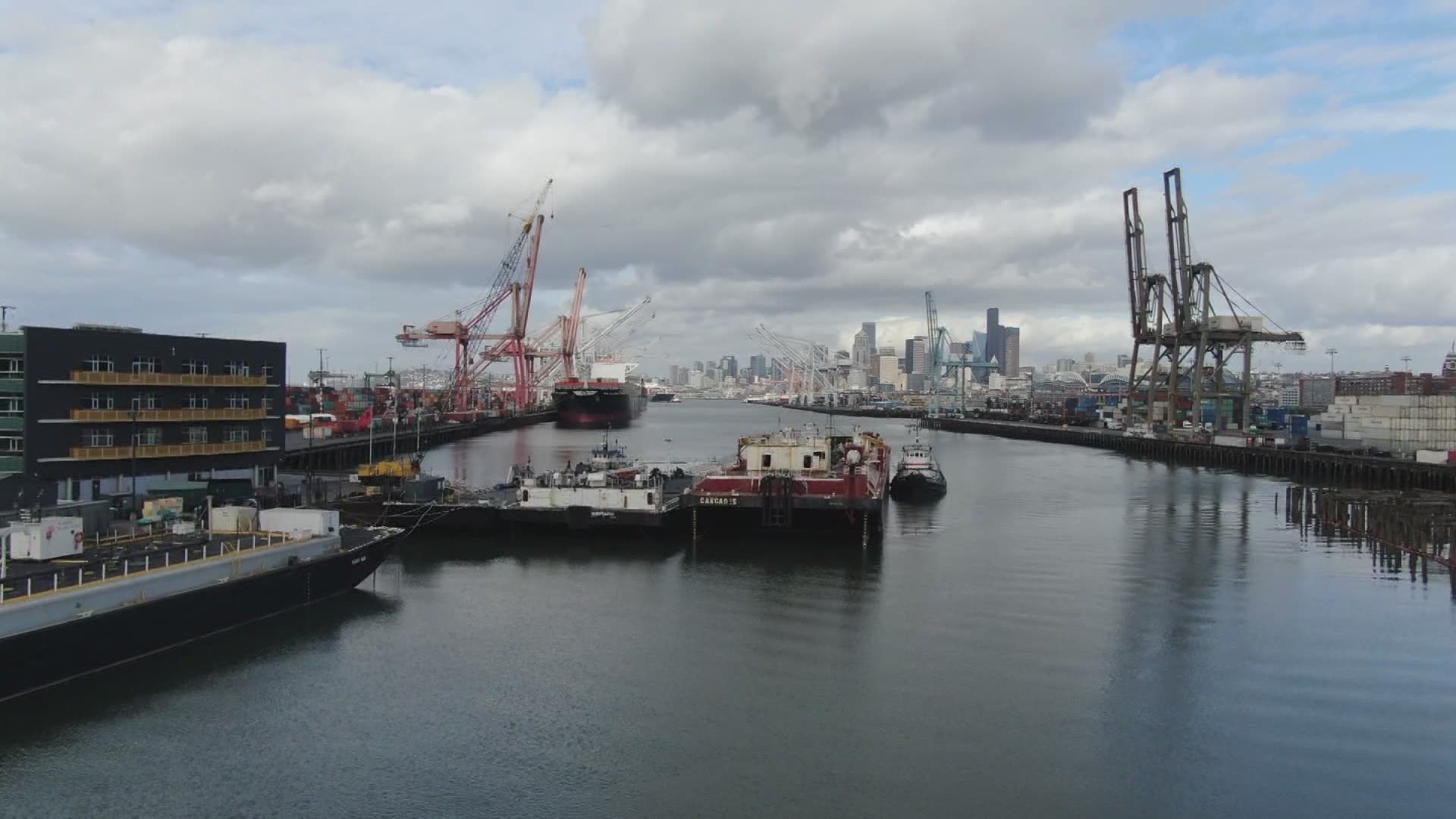 EVERETT, Wash. — Could a tsunami, which starts miles off Washington’s coast, make its way deep into Puget Sound or Hood Canal? New maps from the Washington Geological Survey show it's not only likely, but estimate how much.

Parts of low-lying Bellingham could find themselves under nearly 11 feet of water. Part of the Snohomish River Delta between Everett and Marysville could get nearly 6 feet, and Seattle’s Harbor Island could be inundated with nearly 4 feet of water.

The maps show slightly lower effects in the south Sound, with the Port of Tacoma getting 3.5 feet and low-lying areas of Olympia could receive 6 inches.

The area that could see the worst inundation is Belfair, at the tip of Hood Canal, which could see depths of 14 feet.

“We’re showing all the way from the Canadian border to Olympia,” said Corina Allen, the state’s chief hazards geologist.

RELATED: What you need to know about earthquakes and the Cascadia Subduction Zone

Allen said it’s the most comprehensive study yet of the tsunami risks to inland waters from a magnitude 9 earthquake off the Washington coast, a quake that last happened here 321 years ago, and scientists say will happen again.

Allen said better information about the shape of the Earth underwater and new, more detailed lidar flights over land that can better assess the shape of shorelines have given them a clearer understanding of just how high the water could get from multiple tsunami waves.

The waves could reach three or four knots in speed, which means the depth isn’t the only problem: the force of the water against buildings would be an issue, as well.

The Washington Geological Survey, which is part of the Department of Natural Resources (DNR), created interactive maps of the areas of the most concern.