The strongest of the series was a 2.79 magnitude shaker near SeaTac. While it was likely too small for people to feel, it did draw the attention of seismologists. 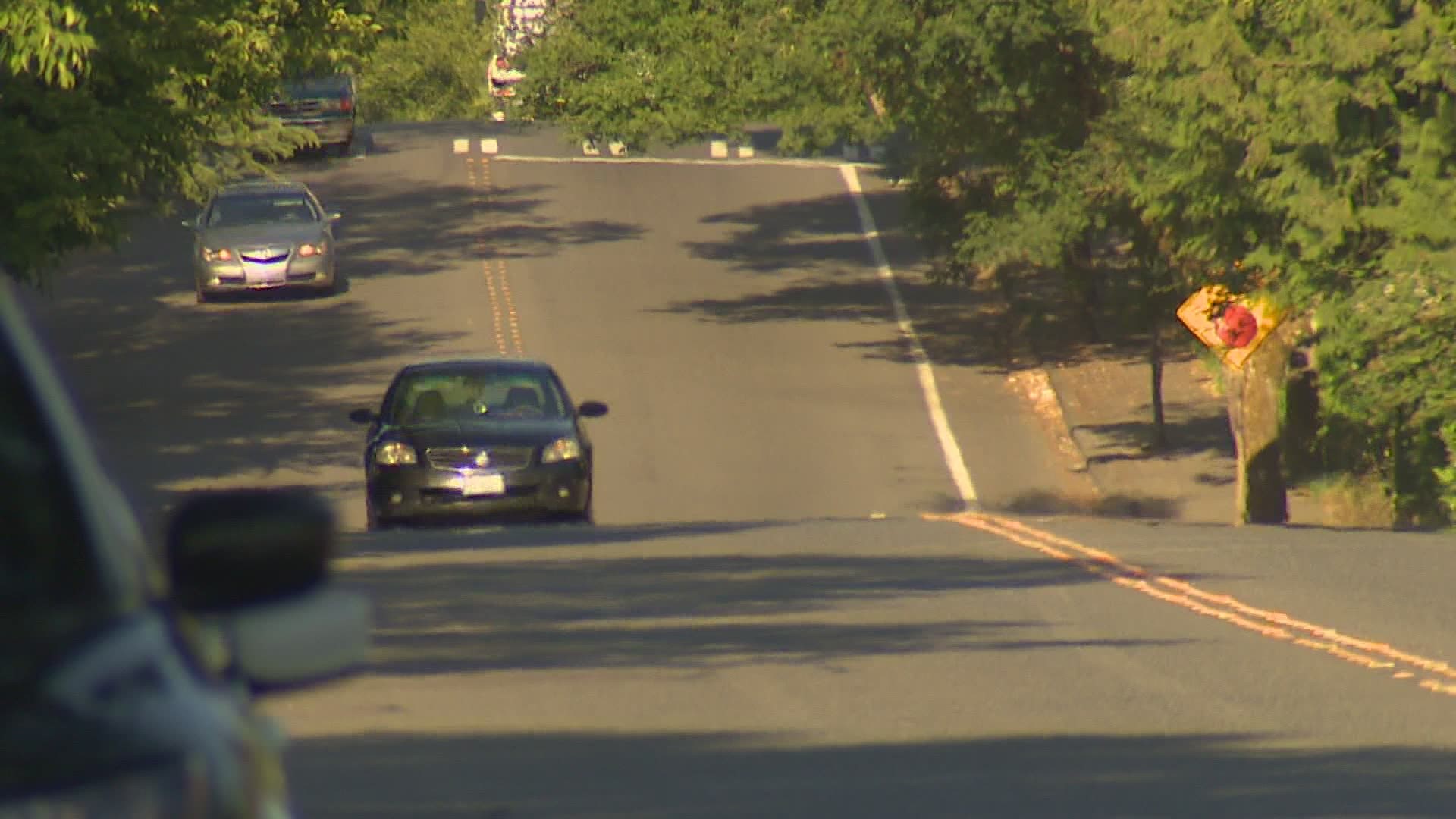 SEATTLE — A series of small earthquakes hit the Seattle area Tuesday, with the largest of the cluster recording at a magnitude of 2.79, according to the Pacific Northwest Seismic Network (PNSN).

The 2.79 quake happened in the Boulevard Park neighborhood, just north of SeaTac, around 12:47 p.m. shortly after a 2.2 earthquake hit the same area, according to data from the PNSN and the U.S. Geological Survey. The depth of the 2.79 earthquake was 29 kilometers, or about 18 miles.

Two smaller earthquakes with magnitudes of 0.8 and 0.9 followed soon after in the same afternoon.

The swarm was certainly not enough to produce any damage, let alone be felt by people near where it hit, but the earthquakes caught the eye of several seismologists who monitor earthquake activity.

"Since the 70s, we've had seven sets of little swarms where we've had a couple, maybe 7, maybe 16, earthquakes in this same little area," said Mouse Reusch, regional ShakeAlert coordinator at the PNSN.

Reusch said the small earthquakes were not a harbinger of the so-called Big One, or any potentially large earthquake.

"It's unrelated to any big, future Cascadian megathrusts," Reusch said. "We haven't been able to find any surface faults that these earthquakes are related to that we know of."

But the data gleaned from the smallest of earthquakes is still valuable, as seismologists study how seismic wavelengths vary in differing geological areas, Reusch said.

Harold Tobin, state seismologist and director of the PNSN, said the small earthquake swarms that were recorded Tuesday are not at all uncommon.

"Because we see these earthquakes from time to time, but it's kind of interesting that it's right here in town," Tobin said.

Tobin said the earthquakes also did not trigger the newly launched ShakeAlert early warning system, which notifies Washington residents if an earthquake strikes nearby. Earthquakes need to register at a 4.5 to a 5 magnitude to trigger the ShakeAlert system.