Six earthquakes struck between 150 and 200 miles off the coast Thursday morning. This followed an earthquake in the same area Wednesday afternoon. 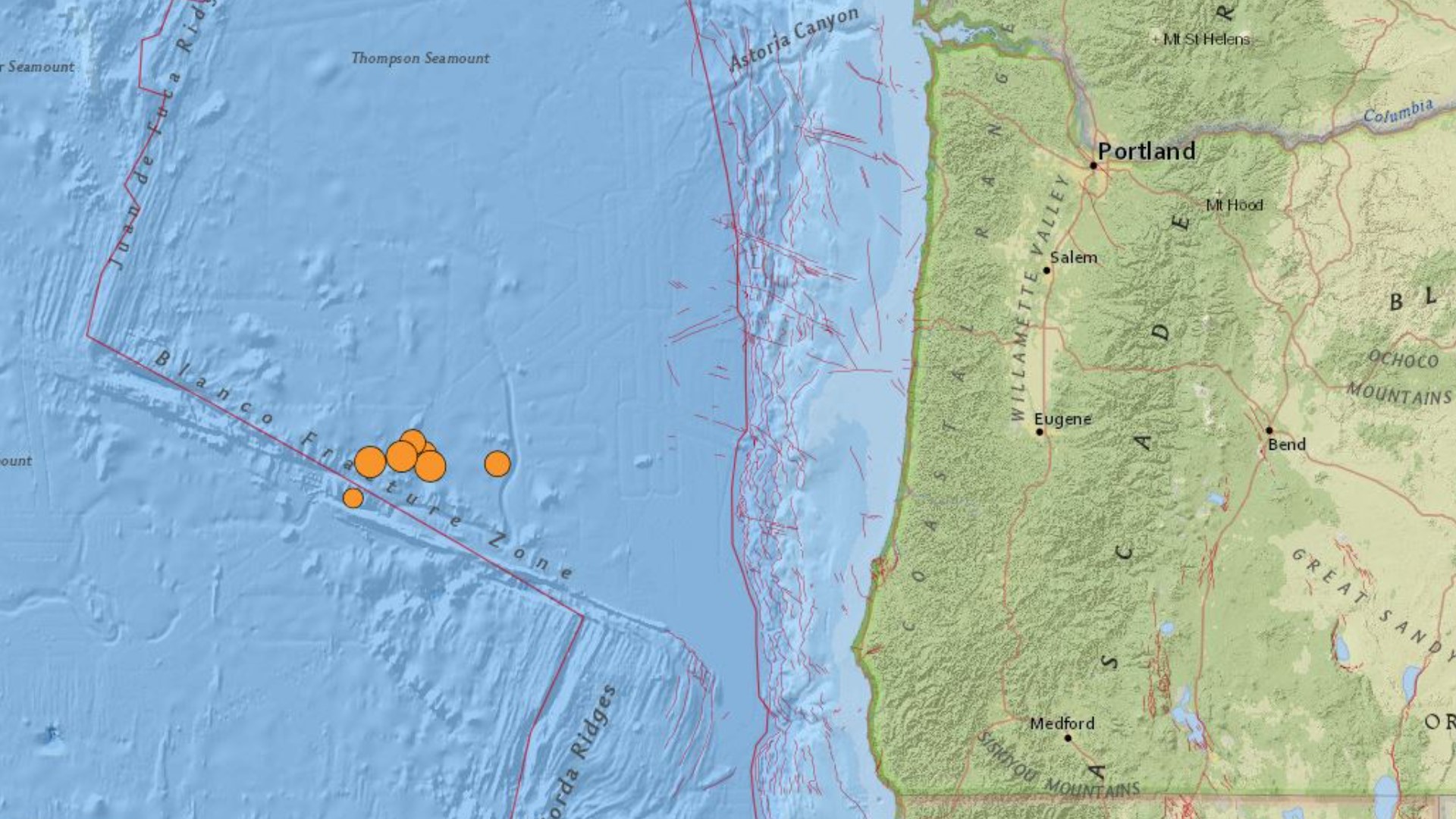 Wednesday's 4.4 magnitude earthquake happened at 2:36 p.m. about 182 miles northwest of Bandon. The quake had a depth of about 6.2 miles.

The USGS reported all the earthquakes had a depth of about six miles.

"Nothing unusual, nothing alarming, nothing to worry about," said KGW meteorologist Rod Hill. "But it's kind of interesting when we have these little clusters of earthquake activity."

According to the USGS, there were 13 reports from people who said they felt at least one of the earthquakes Thursday morning. Nobody reported feeling Wednesday's earthquake.

RELATED: What you need to know about the Cascadia Subduction Zone

WATCH: Earthquake Ready or Not? How to prepare for West Coast tsunami and disaster threats (YouTube playlist)