The storm hitting the Cascades, southern Oregon and northern California is being called a "bomb cyclone." But what does that mean? And how do they form? 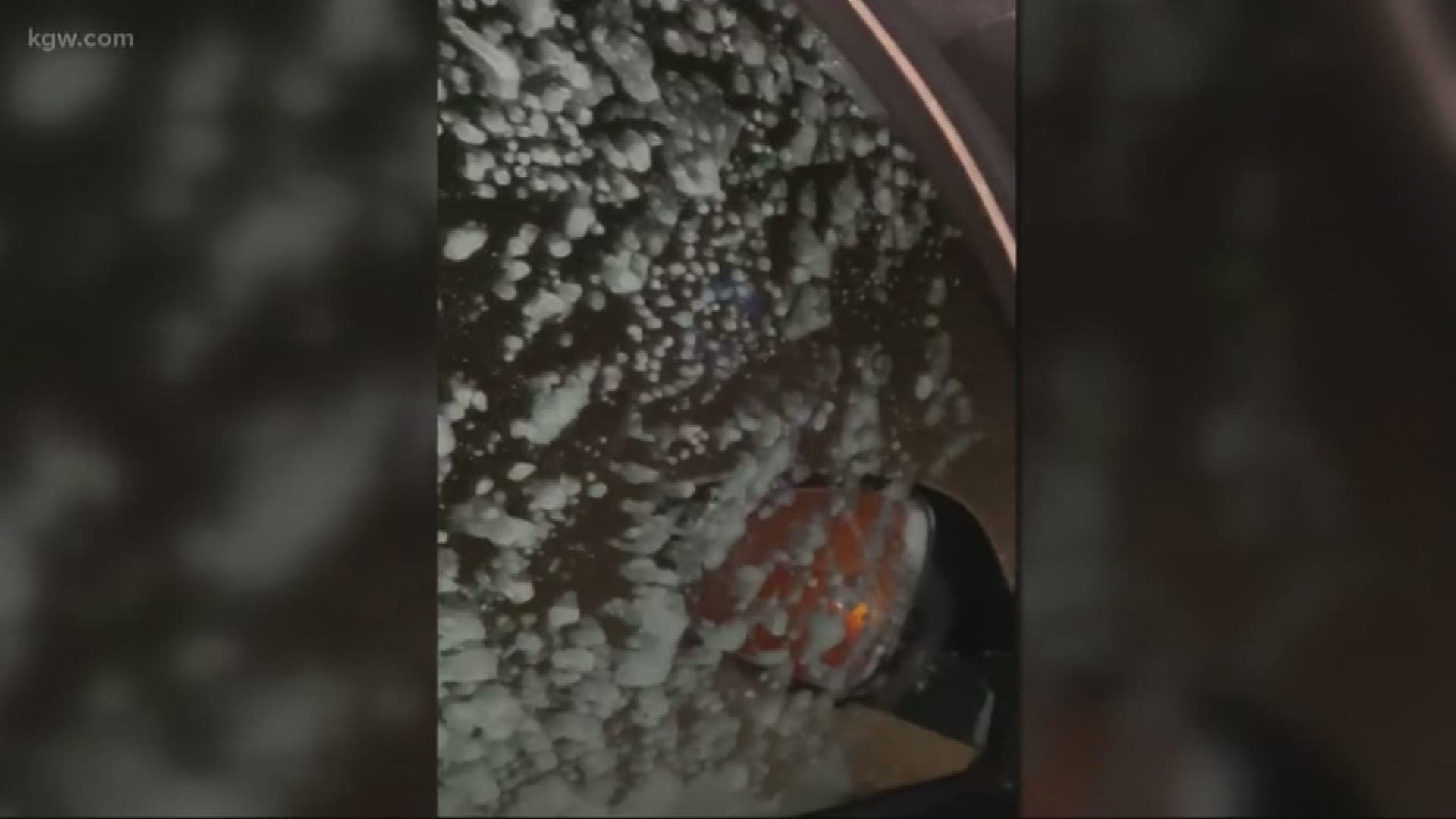 But, what exactly is a bomb cyclone, and how do they form?

A bomb cyclone, also known as bombogenesis, is simply a storm that intensifies very rapidly. Bomb cyclones form when air near Earth’s surface rises quickly in the atmosphere, triggering a sudden drop in barometric pressure — at least 24 millibars within 24 hours.

As the air rises, wind spirals in at the base of the storm. As long as the air continues to rise at the top of the storm faster than it can be replaced at the bottom, barometric pressure will continue to drop. As with a hurricane, lower air pressure yields a stronger storm.

“All bomb cyclones are not hurricanes,” University of California, Los Angeles, climate scientist Daniel Swain said. “But sometimes, they can take on characteristics that make them look an awful lot like hurricanes, with very strong winds, heavy precipitation and well-defined eye-like features in the middle.”

Why is it called a bomb cyclone?

Meteorologists have likened the sudden drop in pressure to a bomb going off, using words such as “explosive cyclogenesis” and “bombogenesis” to describe the storm's formation process.

“You can look it up in the American Meteorological Society glossary,” Swain said, adding that the term specifically refers to the speed at which a storm forms. “It doesn't necessarily refer to the absolute strength of the storm system.”

How does a bomb cyclone differ from a hurricane?

Hurricanes tend to form in tropical areas and are powered by warm seas. For this reason, they’re most common in summer or early fall, when seawater is warmest.

In contrast, bomb cyclones don’t need balmy ocean waters in order to form. While they sometimes arise over the ocean, they can also appear over land — as was the case with the cyclone that hit the northern Plains in March 2019.

Unlike hurricanes, bomb cyclones arise in mid-latitudes, where fronts of warm and cold air might collide. They rarely strike in summer, when the weather is generally warm across the Northern Hemisphere. Rather, they form between late fall and early spring, when warm tropical air bumps up against frigid Arctic air.

“They have to occur at a time of year when there is some possibility of both warm and cool air at the same time,” Swain said. It's the difference in temperature that fuels the drop in pressure.

“Fundamentally, the impacts of a bomb cyclone are not necessarily different from other strong storm systems, except that the fast strengthening is usually a signature of a very powerful storm system,” Swain said. He added that much of the danger lies in the fact that bomb cyclones can take people by surprise.

To stay safe when a bomb cyclone or other intense storm is approaching, experts recommend stocking up on canned food, water, first aid supplies, a flashlight and batteries. Make sure your car has a full tank and is ready to go. Homeowners should be ready with salt and a snow shovel to clear walkways and driveways.