Look up! The Orionid meteor shower peaks this weekend

The Orionid meteor shower should be visible both Friday and Saturday nights, and the best viewing will be between midnight and dawn. 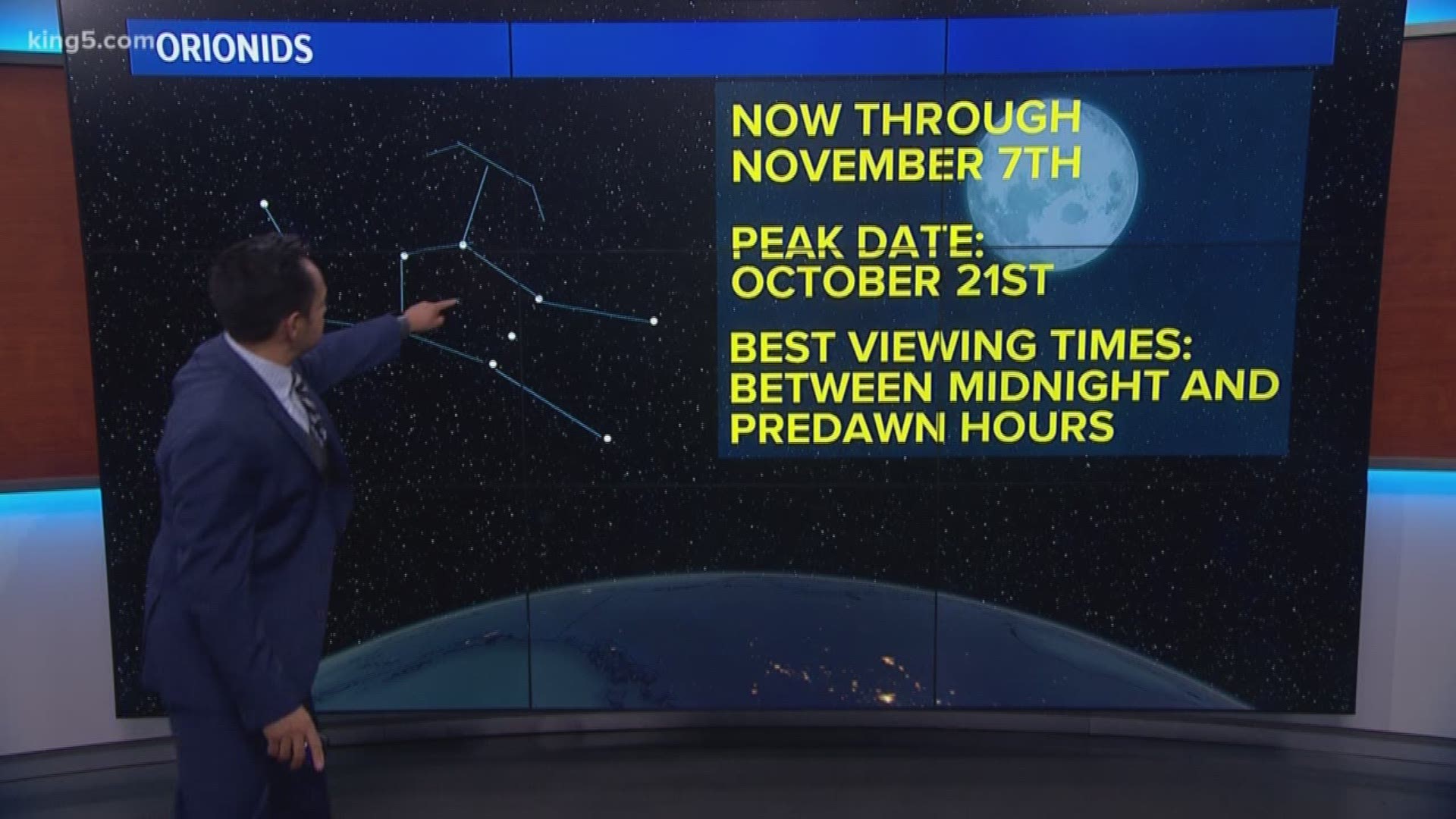 It's that time of year again. A time for pumpkins, colorful leaves, and one of the best space shows of the year - the Orionid meteor shower!

If you look closely you can see meteors already starting to shoot across the night sky, but the meteor shower peaks on Sunday, October 21.

Normally you'd be able to see 10 to 20 meteors per hour, but we'll have a bright waxing gibbous moon on Sunday which will likely limit how many you will see.

You might see one or two if you look to the sky a few hours before dawn in the days leading up to peak viewing. You should be able to see a few each morning through the first week of November, too.

Looking at the forecast, your best chances to see an Orionid meteor will be through Sunday, thanks to mainly clear evenings. If you can, get to a spot with fewer city lights. Don't forget to bundle up as clear skies mean cooling overnight lows.

Why is it called the Orionid meteor shower? Well, that's because these meteors look like they are shooting out of the constellation Orion.

To find Orion, I always remember to look for the three stars that make up Orion's (the hunter) belt. From there you can look for meteors, also called shooting stars, flying across the sky in all directions.

One more note, while we often call them shooting stars, it's acutally space debris burning up as it enters earth's atmosphere. In this case, the debris is left over from the famous Halley's Comet which last passed by our planet in 1986.

That debris enters the earth's orbit right about this time of year, just like the leaves changing color and the return of the pumpkin patches.

I hope you see a few if you're up early. Enjoy it and share your pictures or video with us if you're lucky enough to capture the show.

If you miss this shower, you can still catch the Leonids in November and the Geminds in December.