Did you see clouds that looked like they had a hole punched out of them? 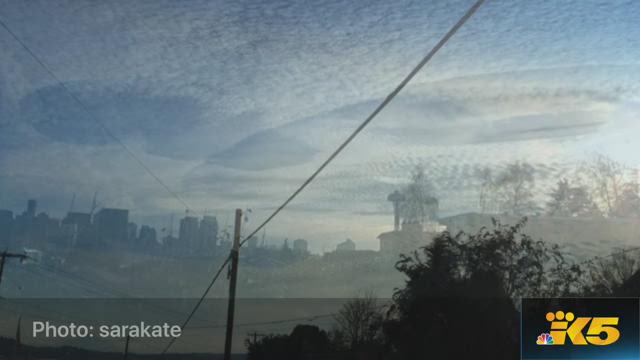 The circular-shaped cloud patterns are also called fallstreak holes. They are caused when supercooled water droplets in the atmosphere are disturbed, according to KING 5’s Jordan Wilkerson.

It also creates a chain reaction with nearby droplets, creating the effect of a hole punched through in the clouds.