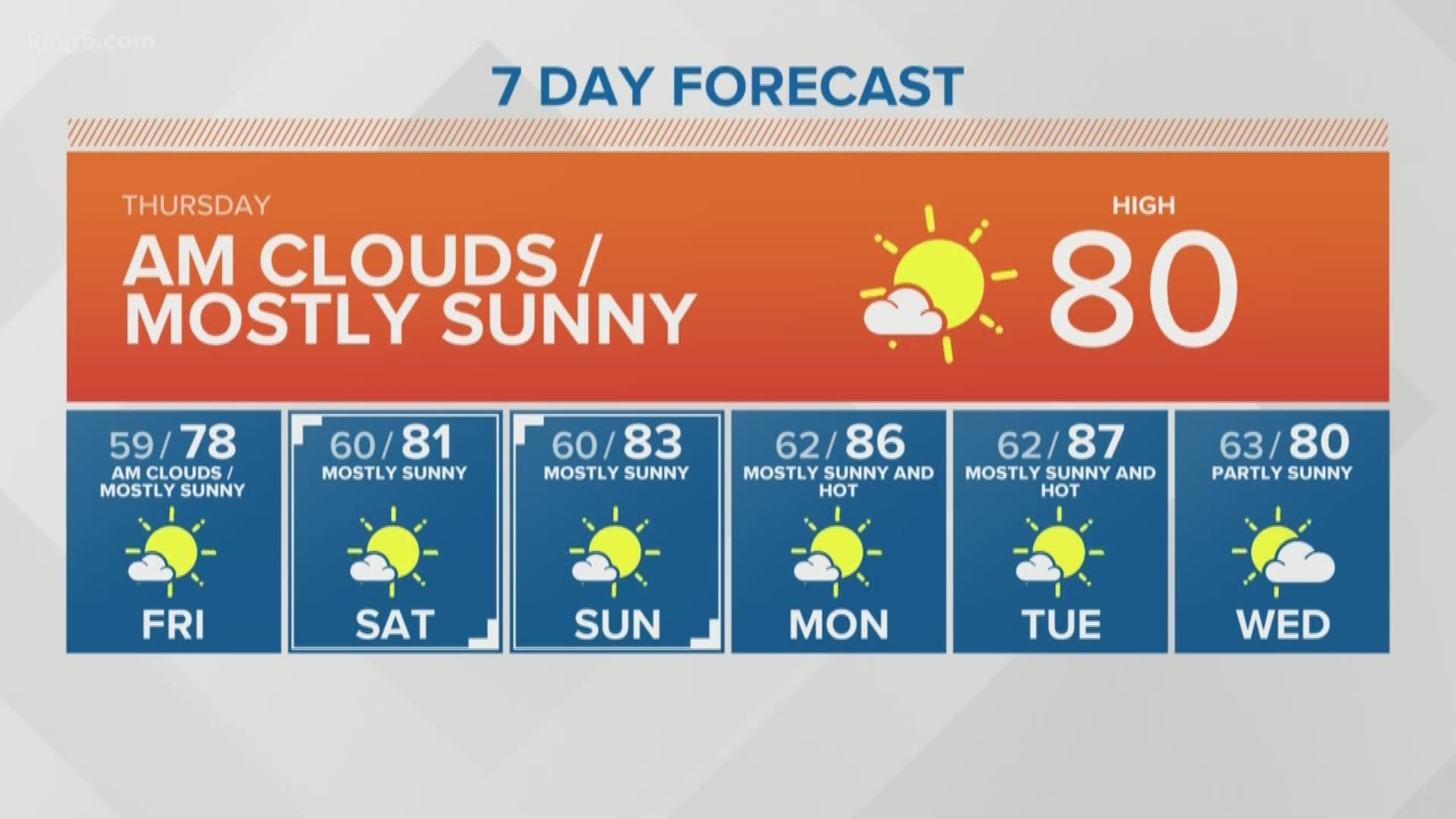 We just experienced the worst air quality on record in Western Washington, according to University of Washington professor of Atmospheric Sciences Cliff Mass.

The air quality in Western Washington was "unhealthy for everyone" at most air monitoring sites Wednesday. Puget Sound Clean Air Agency says these are the highest particulate levels so far this summer.

The air quality showed significant improvements Thursday as onshore winds increased, pushing marine air into the area. By Friday morning, air quality improved to "good" for much of the Puget Sound region, with some monitors reporting "moderate" air quality.

However, with wildfire season far from over, it’s likely this won’t be the last of the haze.

Under poor conditions, the Department of Ecology recommends that outdoor time should be limited and strenuous outdoor activity should be avoided.

Also see | How to prepare for smoky wildfire air 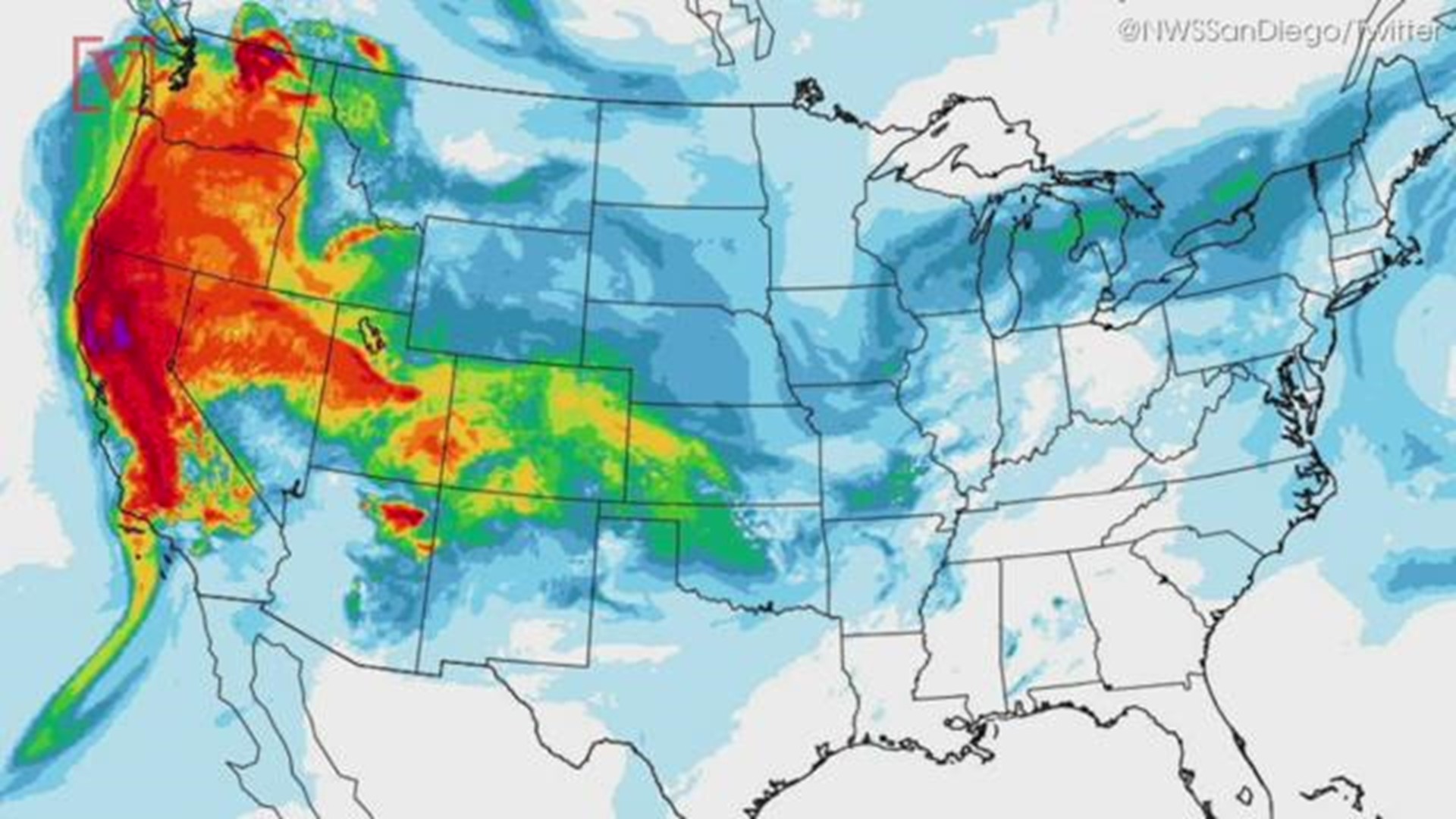 Wildfire season will likely last well into September. Like Wednesday, we will continue to be surrounded by wildfires on three sides: Canada, Eastern Washington, and Oregon and California.

Anytime we lose our onshore winds we may have problems with smoke haze again. 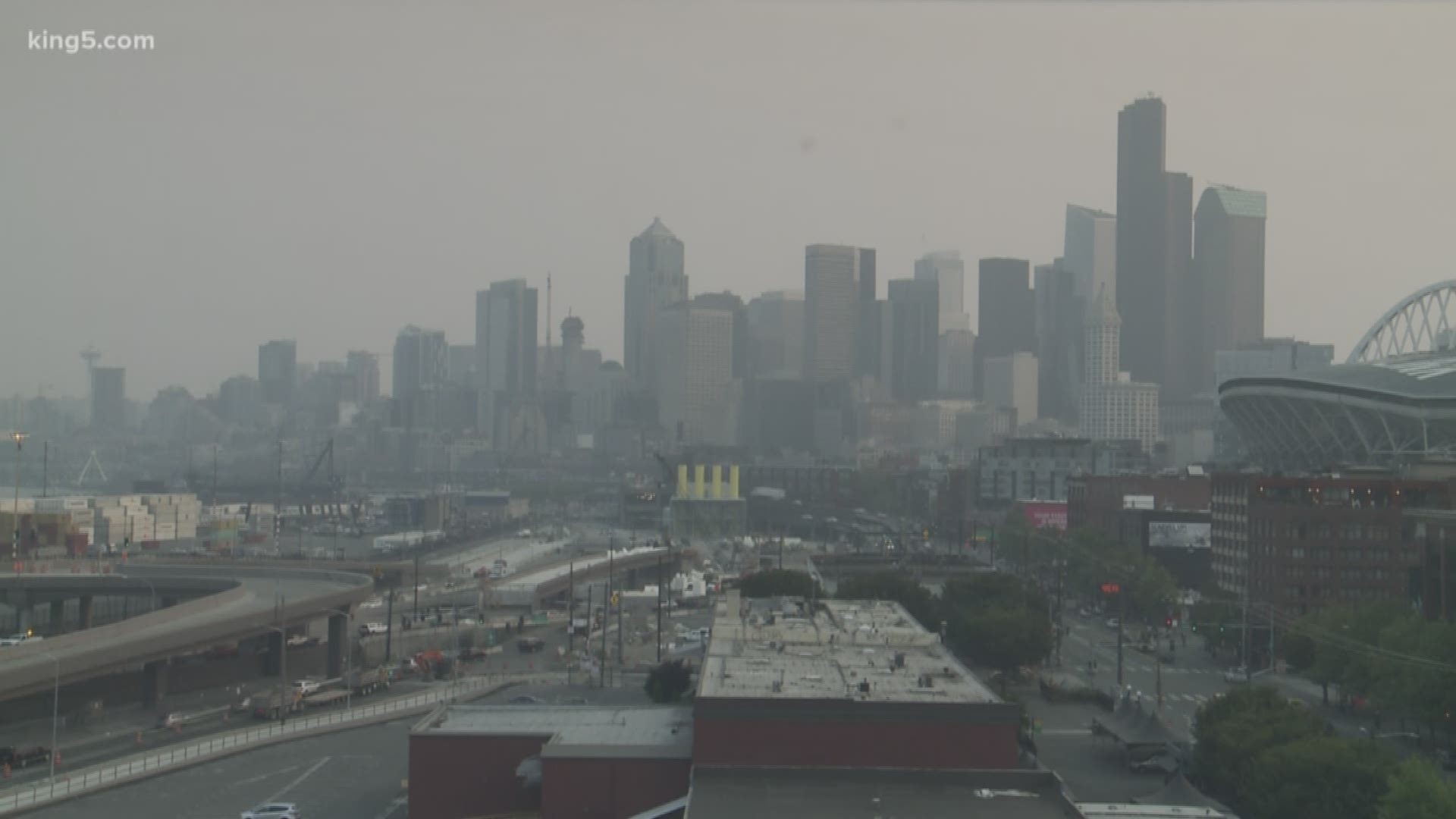 WATCH: How to build a DIY home air purifier