Avalanche danger is high in North Idaho mountains through Thursday

Recent snowfall combined with wind will result in widespread avalanche conditions, according to the National Weather Service. 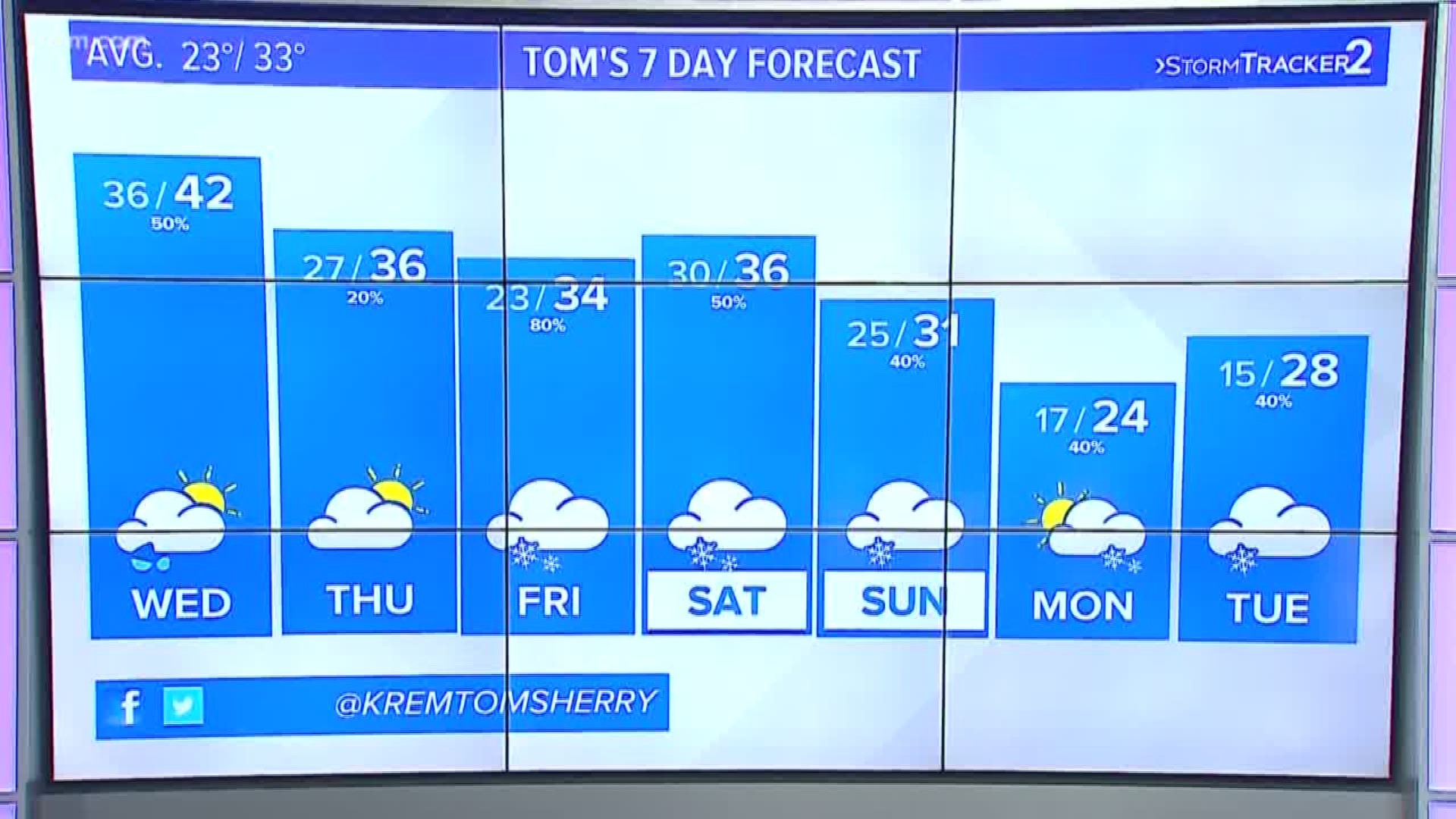 Recent snowfall combined with wind are resulting in widespread avalanche conditions, according to the National Weather Service Spokane. Unstable conditions are most prevalent in the backcountry.

Two people were killed and five were rescued from an avalanche at Silver Mountain in Kellogg, Idaho, on Tuesday.

The warning is in place for the Selkirk and Cabinet Mountains, and St. Regis/Silver Basin to Lookout Pass until 6 p.m. on Wednesday. NWS says the warning does not apply to local ski areas.

Travel on avalanche terrain is not recommended. Avalanches may run long distances and can run into mature forests, valley floors or flat terrain.

The Idaho Panhandle Avalanche Center in Sandpoint says there are heightened avalanche conditions below the treeline, and very dangerous conditions near or above the treeline.

Two feet of snow is already on the ground in some mountain regions above 4,500 feet.

The National Weather Service Spokane says a "potentially significant" storm is expected to arrive in the Inland Northwest on Friday and continue through Saturday.

Major impacts from the storm are possible in Spokane and throughout the North Idaho Panhandle.

Heavy mountain snow will continue through midweek, with periods of hazardous travel over Stevens and Lookout Passes. Blowing snow may restrict visibility in these areas, NWS says.