Many stargazers caught a glimpse of the Aurora Borealis (Northern Lights) over western Washington Friday night. 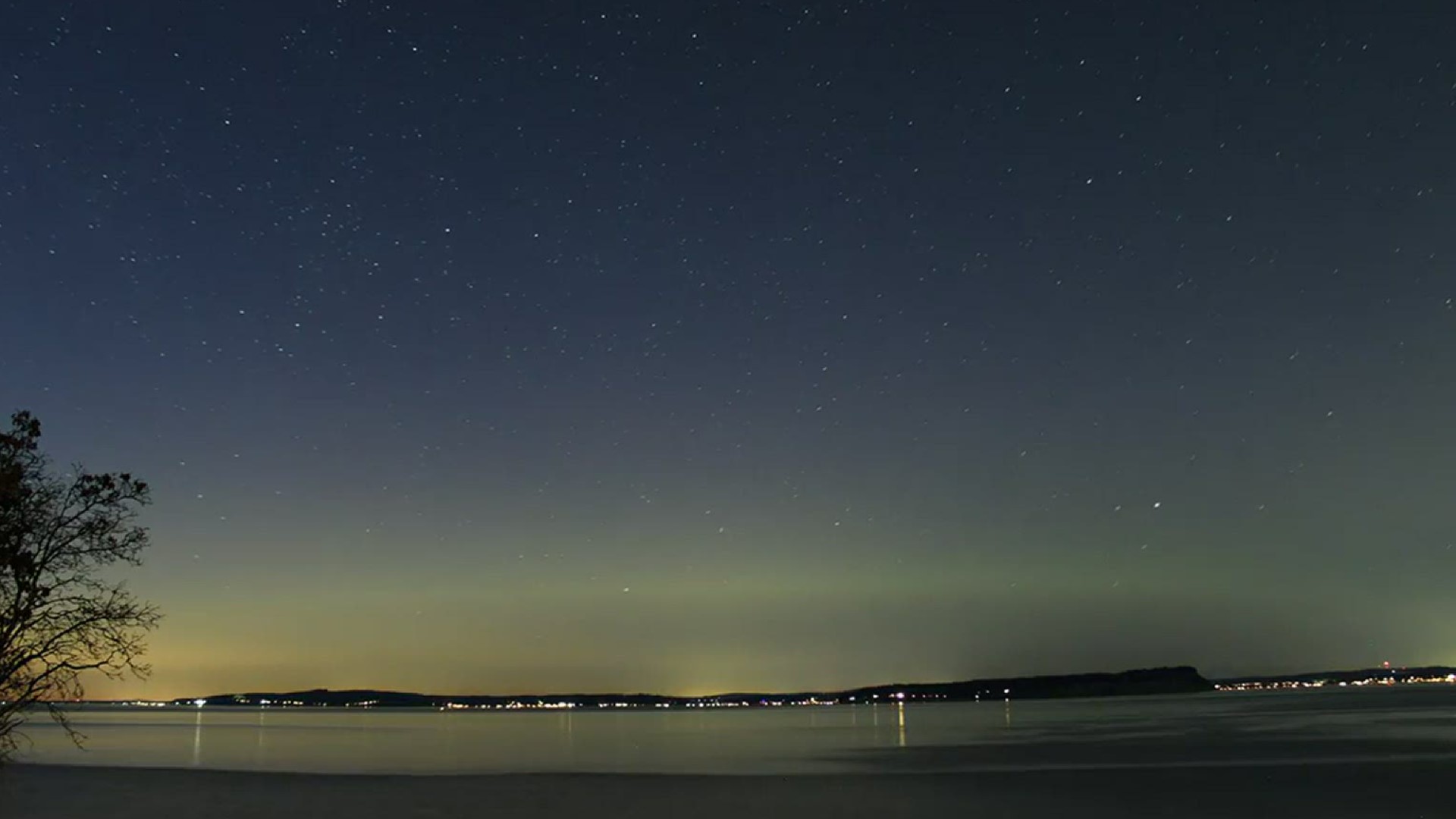 SEATTLE — If you were outside Friday night and away from the big city, you may have spotted the Aurora Borealis (Northern Lights) shining over western Washington.

It was a clear, warm spring night and many people captured photos and videos of the light show.

One of the most stunning videos sent to KING 5 was from Greg Johnson in Kitsap County, who captured the five hour light show starting around 9:20 p.m.

Closer to Seattle, the Northern Lights were faintly visible from Bainbridge Island as seen in the below photo captured by Tony Johnson Photography.

The Northern Lights happen when the sun emits electrically-charged particles called ions, which move away from the sun in a stream of plasma (ionized gas) known as the solar wind, according to the National Weather Service. As the plasma comes in contact with the Earth's magnetic field, the ions will be agitated into moving around the Earth.

Some of the ions become trapped and will consequently interact with the Earth's ionosphere (an average of 60-80 miles above the surface), causing the ions to glow, the NWS explained.

Pillars of green to our northeast as of a couple minutes ago. #aurora #wawx pic.twitter.com/BOaIuiv1gy

The National Weather Service Seattle said it won't be as likely to see the Northern Lights Saturday night. But for a more detailed Aurora Borealis forecast, check out the Space Weather Prediction Center by clicking here.