Spokane air quality in 'moderate' category as wildfires burn nearby

The air quality index (AQI) is sitting at 65 as of 8 a.m. on Wednesday. Air quality will reach the "unhealthy for some groups" category if the AQI reaches 100. 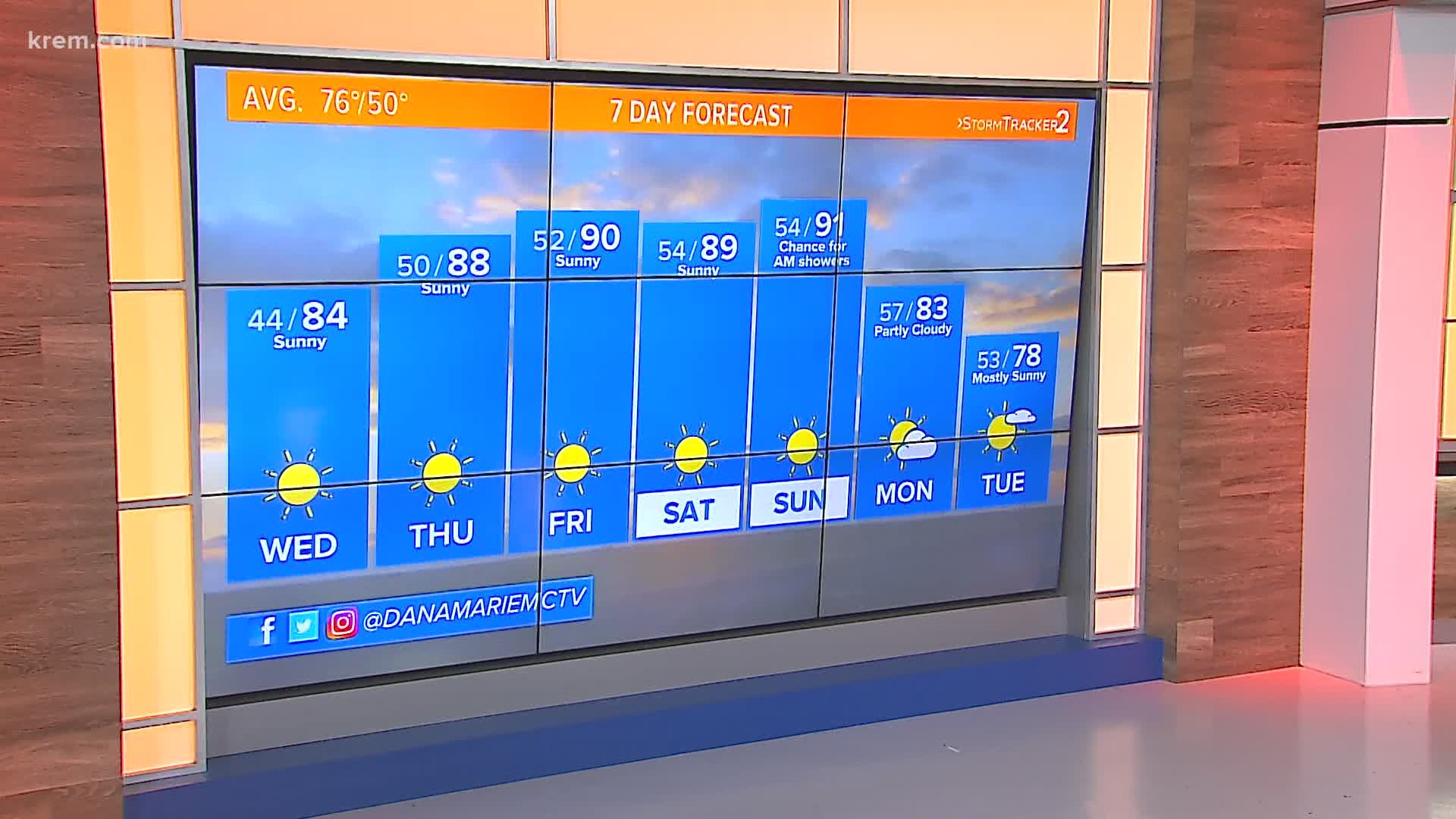 SPOKANE, Wash. — Air quality has dropped into the "moderate" category in Spokane on Wednesday morning after sitting in the "good" range throughout the previous day.

The air quality index (AQI) is sitting at 65 as of 8 a.m. on Wednesday. Air quality will reach the "unhealthy for some groups" category if the AQI reaches 100.

Much of Washington's Puget Sound region experienced what was unhealthy air quality on Tuesday, while Spokane did not.

The Spokane Regional Clean Air Agency said it in its forecast that light northeast winds will continue to keep most wildfire smoke out of the Spokane area on Wednesday, except for smoke from smaller wildfires in North Idaho.

The brunt over the smoke over the Inland Northwest will sit near the east slopes of the Cascades Mountains on Wednesday, according to the National Weather Service's office in Spokane. Air quality could quickly degrade, though, depending on winds and fire activity.

Just like yesterday, winds near the surface will primarily blow from the east, which should keep the brunt of the smoke over the Inland NW near the east slopes of the Cascades through the day. https://t.co/DwM9zMjNjz

Air quality briefly reached unhealthy levels due to wildfire smoke in the Spokane area on Monday before returning to healthy levels on Tuesday.

KREM 2 Meteorologist Thomas Patrick said no specific fire contributed to the poor air quality on Monday. Instead, it was a combination of multiple fires throughout the Pacific Northwest.

Larger fires like the Cold Springs Fire, Pearl Hill Fire, and Evans Canyon Fire could be the largest contributors to the amount of smoke and haze in the region in the coming days.

Check out the GOES-17 weather satellite imagery of the massive amount of wildfire smoke coming from the Washington wildfires today. #KREMweather pic.twitter.com/qhpEScpPZi