A tiny loophole on the world's longest border

This park in Blaine, Washington is the only place where Canadians and Americans can share common ground during the pandemic. 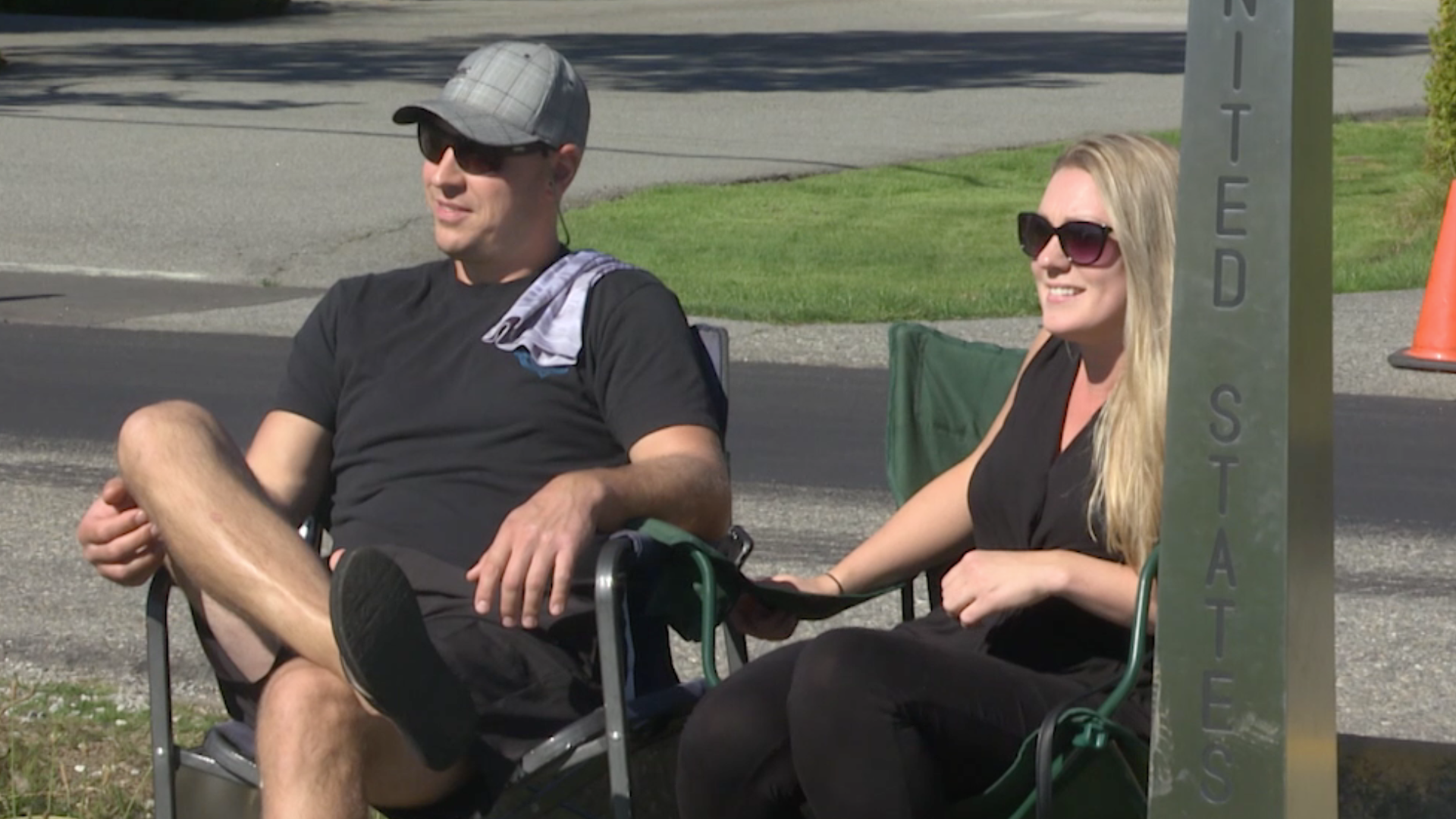 BLAINE, Wash. — It's more than just a park. It's the only place on earth right now where Canadians and Americans can walk right up to each other.

"It's a whole thing. It's a whole community down here," said Vancouver resident Yasmin Ghaffari.

Straddling the world's longest land border, Peace Arch Park has long been a symbol of friendship between our two nations. But now it's also 20 acres of loophole.

Immigration attorney Len Saunders said, "It's a lifesaver for many people."

Saunders is the owner of The Immigration Law Firm in Blaine, and he spends a lot of time at the park.

"It's become my second office," he said.

Saunders used to frequently cross the border to see his clients until Covid shut it down.

"It's strange to me to see how the two countries are now separated due to this pandemic."

The Canadian side of the park is closed. But a grassy stretch tucked along the international boundary on the American side is one big happy gray area.

"You'll see people streaming back and forth over the border," Saunders said, "It's as if it doesn't exist."

Under the watchful eye of both countries' border patrols, grandparents from Seattle get to spend some time with their Canadian granddaughter, while a young woman from Vancouver throws a birthday picnic for her dad, who lives in Redmond.

International couples even put up tents for the day to spend some private time together, away from prying eyes.

Saunders said, "On any given day you can come to the Peace Arch Park, and you'll see hundreds if not thousands of people meeting here.  You'll see couples. You'll see families. You'll see weddings."

Even in the middle of the week, wedding guests from north and south of the border come together on this neutral territory to mark the special occasion.

"It's nice we don't have a wall between our two countries," said Vancouver resident Kelly Mackenzie.

Canadian public health authorities eager to block visitors from the US, where coronavirus infection rates are about twice as high, would love to put up a fence. But they can't.

"Neither side, neither the Americans or the Canadians, can put a barrier within ten feet of the 49th parallel," Saunders explained.

1814's Treaty of Ghent prescribes a heavy fine for obstructing the border.

"So the Canadians, if they violate the treaty, they would lose part of southern Ontario and Quebec," he said.

So the loophole stays open, and the reunions continue. Proof that family, friendship, and love know no boundary.