Hotel occupancy in Seattle over Memorial Day weekend was higher than it's been since February of 2020. 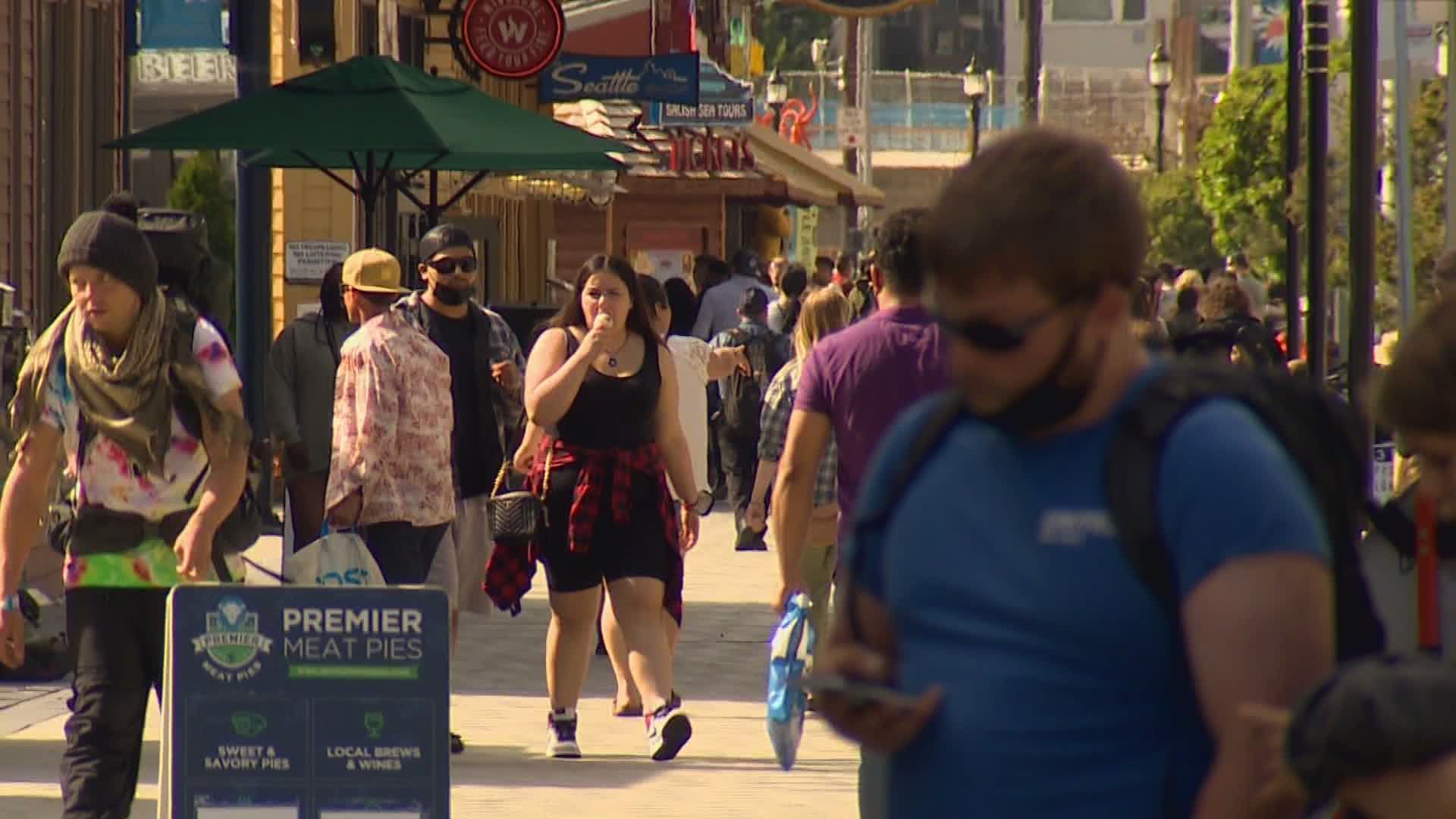 Hotel occupancy was up and numbers all around show tourists are ready to explore again.

"This is our first big adventure, it feels great to be out," said Carrie Ceniseroz and Jonathan Rothman.

Checking out the Seattle Waterfront was a breath of fresh air for the couple visiting from Northern California.

"There’s something about being out after so long that’s really relieving and really refreshing," said Rothman.

Visit Seattle President Tom Norwalk says he thinks the excitement surrounding vaccinations and the great weather had tourists eager to enjoy the region during the Memorial Day weekend.

"After 14 months of a lot of pain and sacrifice, it was a wonderful change for the city," said Norwalk.

Last weekend, downtown hotels had their highest occupancy since February of last year.

Seattle is one of the most popular destinations anywhere on Airbnb for long-term stays, according to Airbnb.

The weekend was a bright spot after a tough year in the national spotlight.

”I guess we all are more critical of our city at times than many other people are, it was a tough year for us in national press,” said Norwalk.

While it was unexpected, Norwalk says last weekend proves that the demand is there – and tourists are eager to explore to travel again.

"Didn’t realize how much you miss it, we missed it,” said Ceniseroz.