In 2018 there were 311 ground incidents on the ramps around an increasingly congested Sea-Tac Airport. What it is, and how the airport plans to fight back. 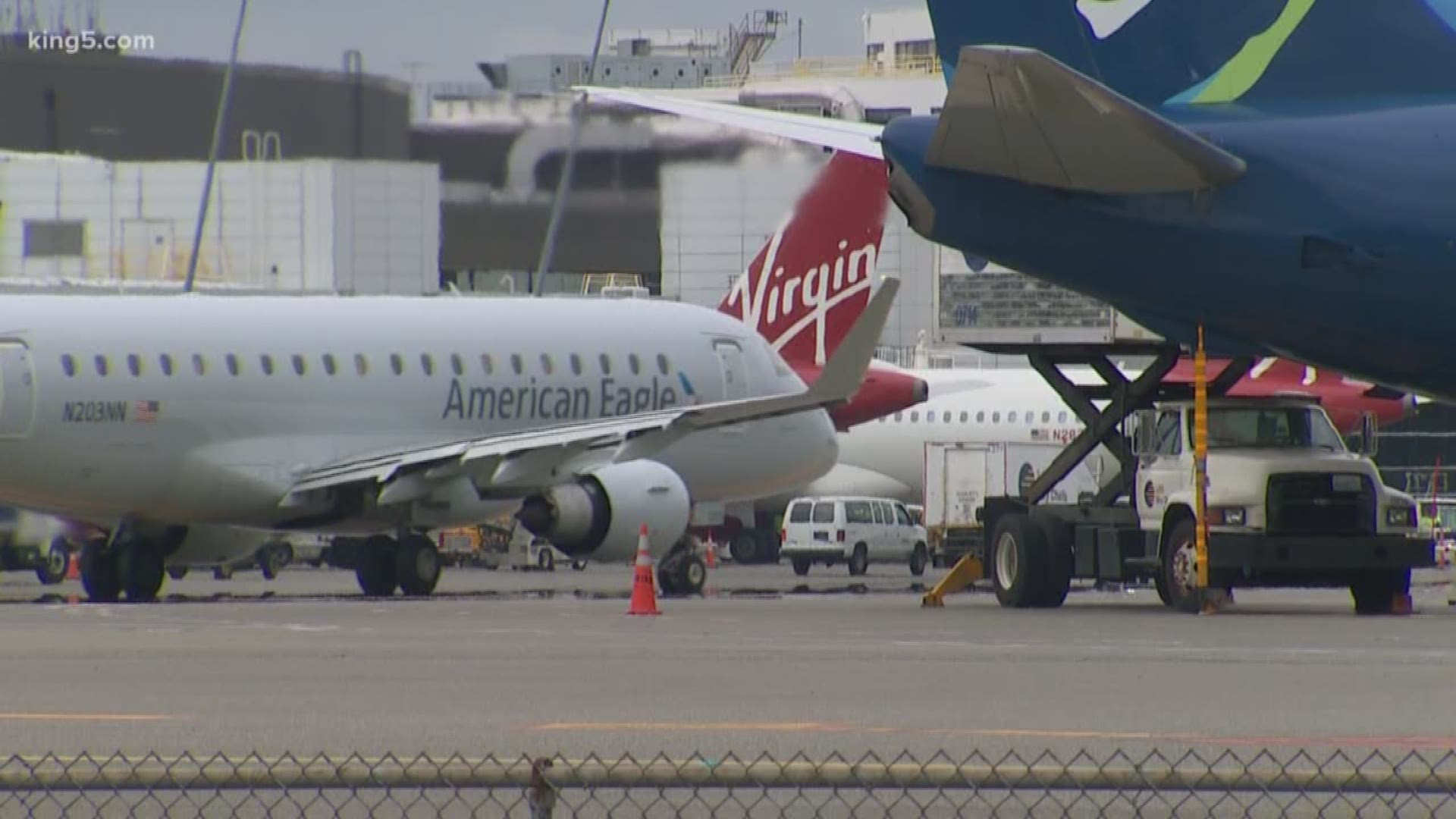 Sea-Tac Airport is working to fight in a major increase in the number of ground incidents and accidents going on below your airport window seat.

Often referred to as "ramp rash," the incidents have ranged from simple scrapes to vehicles coming into contact with walls or movable jet-ways, to baggage tugs and vehicle collisions and even some broken limbs.

The concern is that these incidents could dramatically worsen as they have in the past, with millions in aircraft impact damage and delays along with severe long term injuries and even fatalities.

An airport chart shown to the Port of Seattle Commission on April 16th, showed airfield ground incidents going from 88 in 2014 to 310 in 2018. In 2017, the airport began dividing the incidents into minor and major. Major incidents involved a trip to the hospital for an airport or airline employee or $1,000 or more in damage. Of the more than 300 total ground incidents, 84 fell into the major category in 2018.

The occupational injury rate has crept back up since reaching a low in 2016.

The number of incidents has correlated closely with the dramatic upswing in the number of flights being handled at Sea-Tac Airport, which remains one of the fastest growing in the U.S. It is now the nation's eighth busiest airport.

Sea-Tac officials said they've been a leader in many safety initiatives to prevent visibility related runway incursions, damage from debris on the runways and taxiways, but incidents and the rate of incidents on the ramps has increased.

In a memo to the Port Commission from April 8th, Ehl and other health and safety managers at Sea-Tac requested $2.3 million to create a Port-Wide Behavior Based Safety Awareness and Engagement program, which would include partnerships between the port, airlines and ground service companies. They handle everything from fuel, maintenance, baggage and food handling.

In its presentation, airport executives cite "Behavior-Based Risks" including rushing, lack of proficiency, complacency and noncompliance where employees are not following instructions. The solution they feel is to create a standardized safety culture and instill a positive "want to be safe" attitude so workers feel a stake in returning home to their families and loved ones in one piece.

Part of the plan also includes creating an equipment inspection program to make sure ground equipment, most of which is owned by the airlines and ground service providers, is in good condition. Many, if not most, of the incidents involve some sort of incident or accident involving baggage carts, trucks and buses.

In one case a member of the ground handling team suffered broken legs when pinned between two baggage carts. Other incidents included boxes blown away by jet blast, falling off lift trucks, a fuel hose run over by a lavatory truck, a de-icing truck hitting an aircraft, a catering truck leaking hydraulic fluid on the ramp that at first went unreported by ground employees.