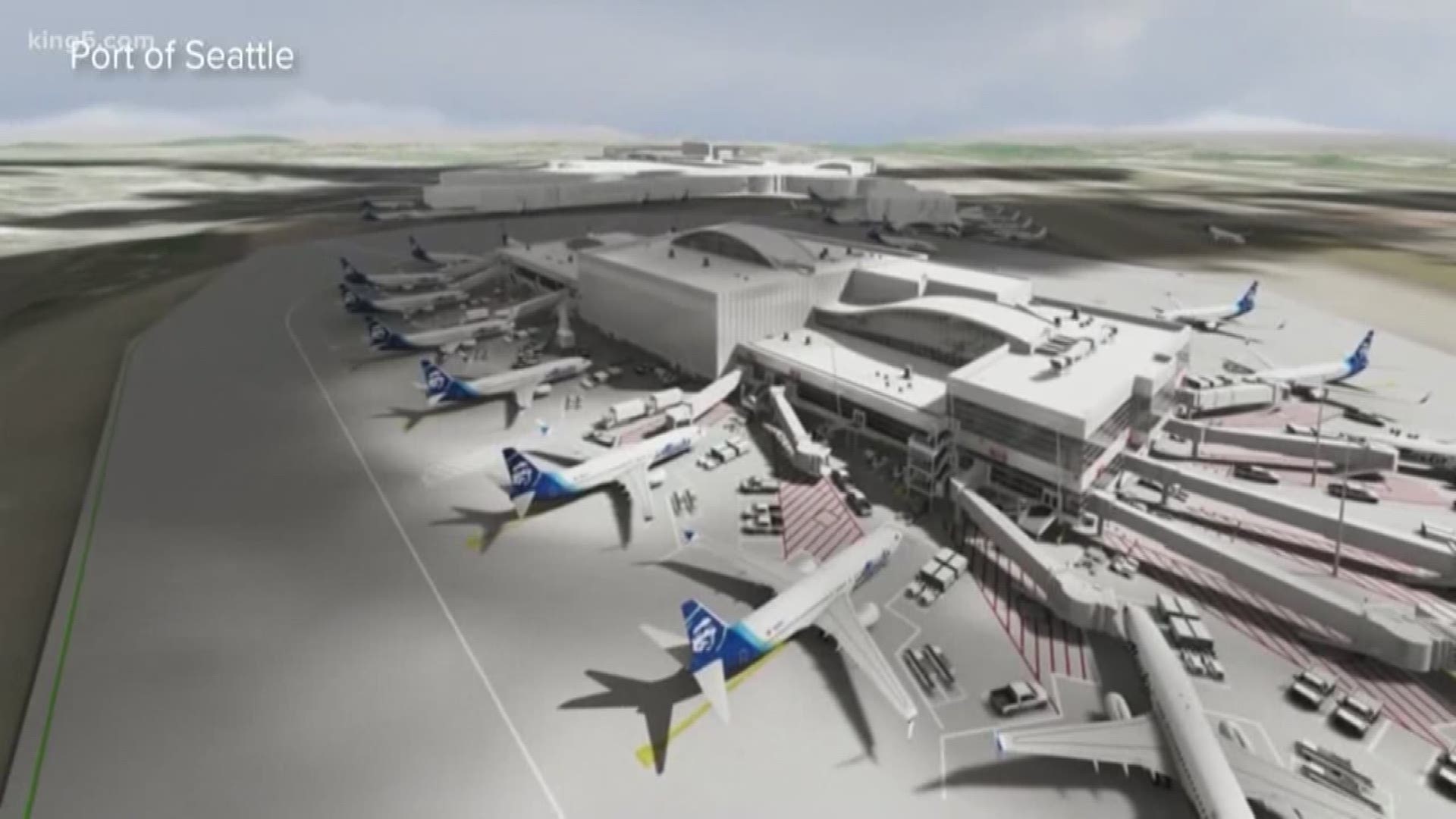 SEATAC, Wash. — The Seattle-Tacoma International Airport (Sea-Tac) is one of the fastest growing airports in the United States.

Now, the airport is playing catch-up to accommodate more passengers coming in and out of Sea-Tac with a new terminal.

On Tuesday, the airport unveiled a new expansion of the North Satellite in part to accommodate its biggest tenant, Alaska Airlines.

The new addition adds 255,000 square feet and an additional story, which includes a nearly 16,000 square foot lounge for Alaska Airlines.

Lounges are used by frequent fliers, but the airport also made it available for passengers carrying first class tickets and those with an Alaska Airlines mileage credit card.

Now that the new section is done, the existing 45-year-old structure will be completely remodeled with additional height and space, along with more restaurants and amenities.

A nursing room for new mothers is also expected to open in August.

When complete, the North Satellite will expand its capacity by eight more gates.

These expansions are just the start. The entire North Satellite project will take nearly two more years to finish.

The total $650 million renovation and expansion project is funded by fees paid by airlines, not taxpayers.

By the end of 2019, airport projections are that Sea-Tac will handle more than 50 million passengers in the course of a year.