Before travel advisories were issued, Sea-Tac Airport estimated a 45% increase in travelers for the upcoming holiday but that number has since dropped to about 20%. 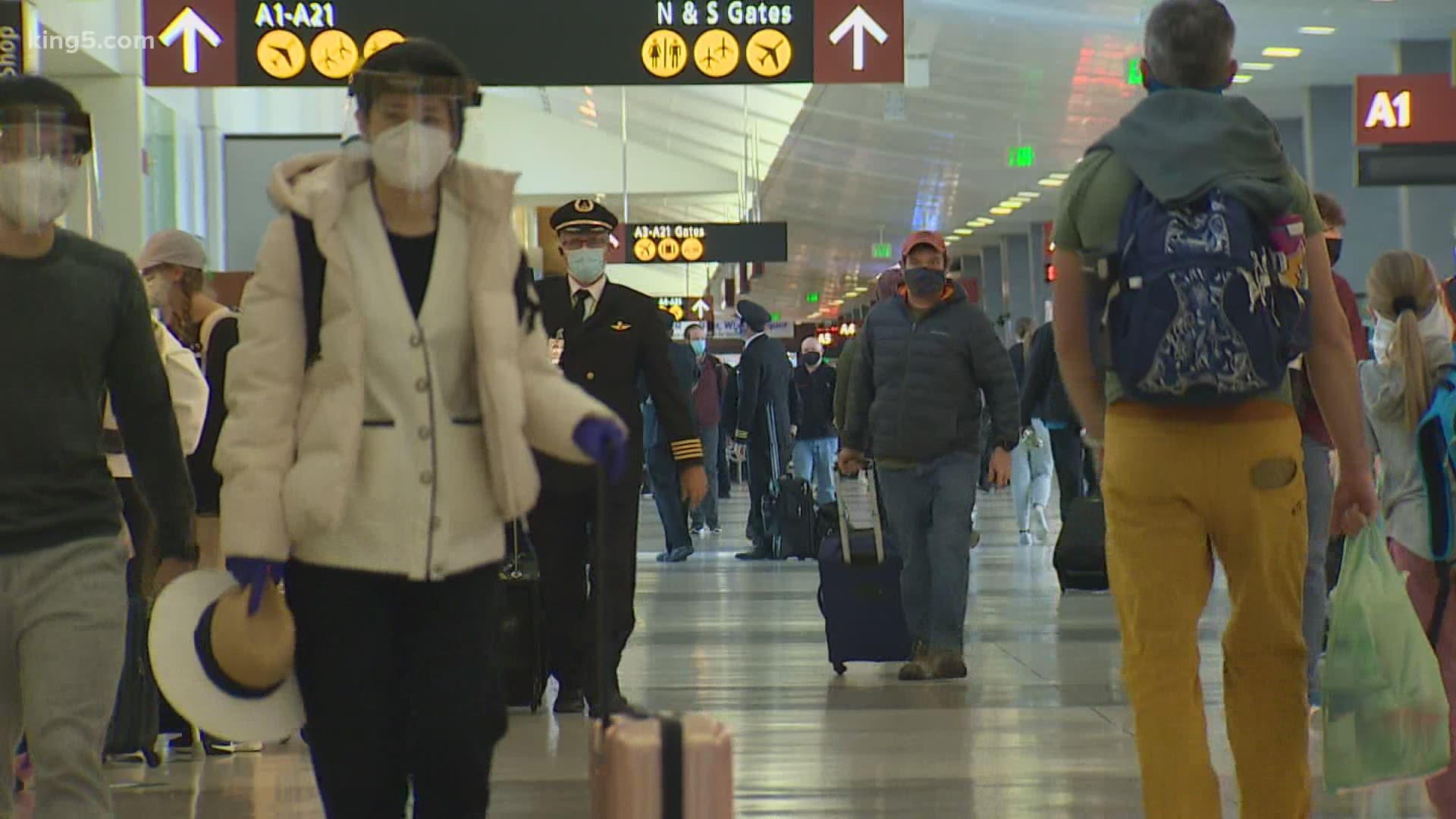 The busiest travel days are usually the Wednesday before Thanksgiving and the Sunday after the holiday.

Last week, travel forecasts by the Transportation Security Administration (TSA) estimated a 45% increase in the number of passengers departing on flights at Sea-Tac Airport. But, those numbers are starting to go down to as low as about 20% as coronavirus cases in Washington state and across the country continue to rise.

The Centers for Disease Control and Prevention (CDC) has urged people nationwide not to travel for Thanksgiving or meet up in person with people outside of their immediate household to help limit the spread of the virus.

Travel during more typical days before Nov. 11 had reached as high as 20,000 departures, as measured by going outbound through security, according to data released by Sea-Tac Airport.

The TSA's forecast was for those numbers to hit 29,000, possibly higher, but now officials think it will be closer to 24,500 next Wednesday and 23,500 that Sunday after the holiday.

It's still higher than normal, but not as high as expected, officials said.

Sea-Tac Airport officials estimated the totals this year would be close to 73,000. Last year, before the pandemic hit, that number was estimated near 163,000.

It is not that aviation is anywhere close to the booming year of 2019, domestic travel is still down 60 to 70%, and international is down 85%. Back in March and April, the business was down as much as 95%.