The act waives the requirement in U.S. law that a foreign owned and flagged ship cannot transport passengers directly between American ports for the 2021 season. 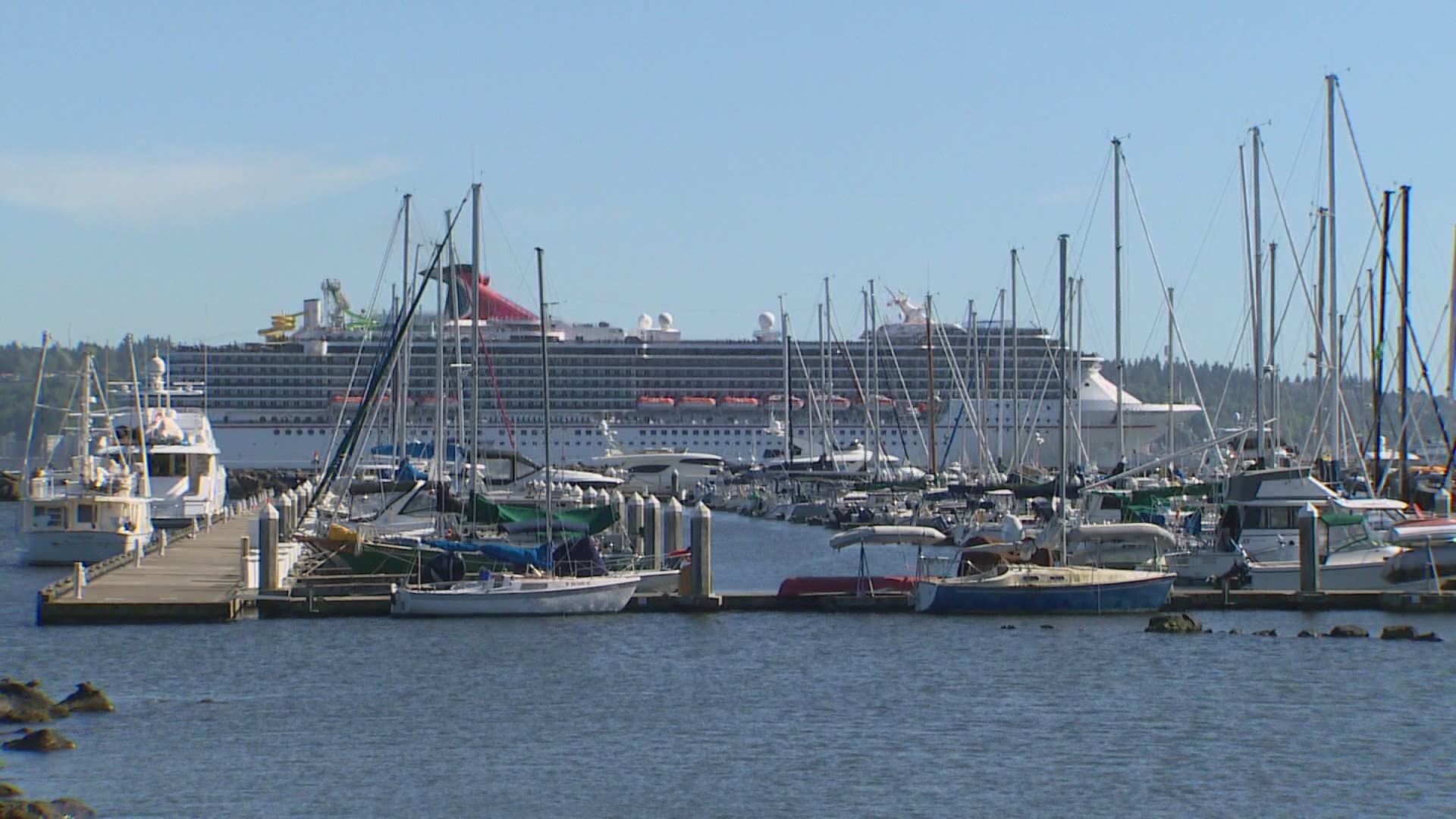 The act waives the requirement in U.S. law that a foreign-owned and flagged ship, which most cruise ships are, cannot transport passengers directly between American ports for the 2021 season.

The way around that law previously has been to make a stop in Canada. But with Canada banning any cruise ships from its ports through February of 2022, the State of Alaska needed a workaround.

“They will now have an opportunity to help our economy that has been smacked hard by COVID,” said Alaska Senator Lisa Murkowski after leaving the signing at the White House.

“Obviously, the sector benefits both Washington and Alaska,” Washington Senator Maria Cantwell added. She is chair of the Commerce, Science and Transportation Committee.

In 2019, the Port of Seattle counted more than 1.2 million cruise passengers, an industry the port estimates is worth nearly $1 billion to the Seattle economy.

Twenty years ago, Seattle’s share of the cruise market versus originations in Vancouver, B.C. stood at just $120,000.

And people spend. The port cites a 2017 study that shows the average cruise visitor spends more than $1,500 before and after the cruise on hotel stays, restaurants, souvenirs, entertainment, taxis, and other transportation.

The pandemic completely wiped out the 2020 cruise season.

How much of the 2021 season will be saved compared with the record 2019 season that saw 213 voyages? The Port of Seattle says up to seven cruise lines are planning 80 voyages, with six to seven ships operating at 50-75%capacity.

As of Friday, six cruise lines committed, including Seattle-based Holland America, Princess, Carnival, Royal Caribbean, Norwegian, and Celebrity. They don’t know the final passenger numbers because the entire industry is waiting for further guidance from the CDC. But based on the guidance from early April, just about everybody on the ship will have to be fully vaccinated.

Will the pandemic be over by the 2022 season? If it’s not and Canada keeps its borders closed and keeps tight control over voyages, Sen. Cantwell says the waiver process will have to start over again.

“It will be through this season and next year they will have to make a decision, and again, depending on what Canada does, depending on where we are with the pandemic, depending on a lot of issues, they would have to come back and look at again,” Cantwell said.