A location north of Littlerock is being considered for a Sea-Tac sized airport. 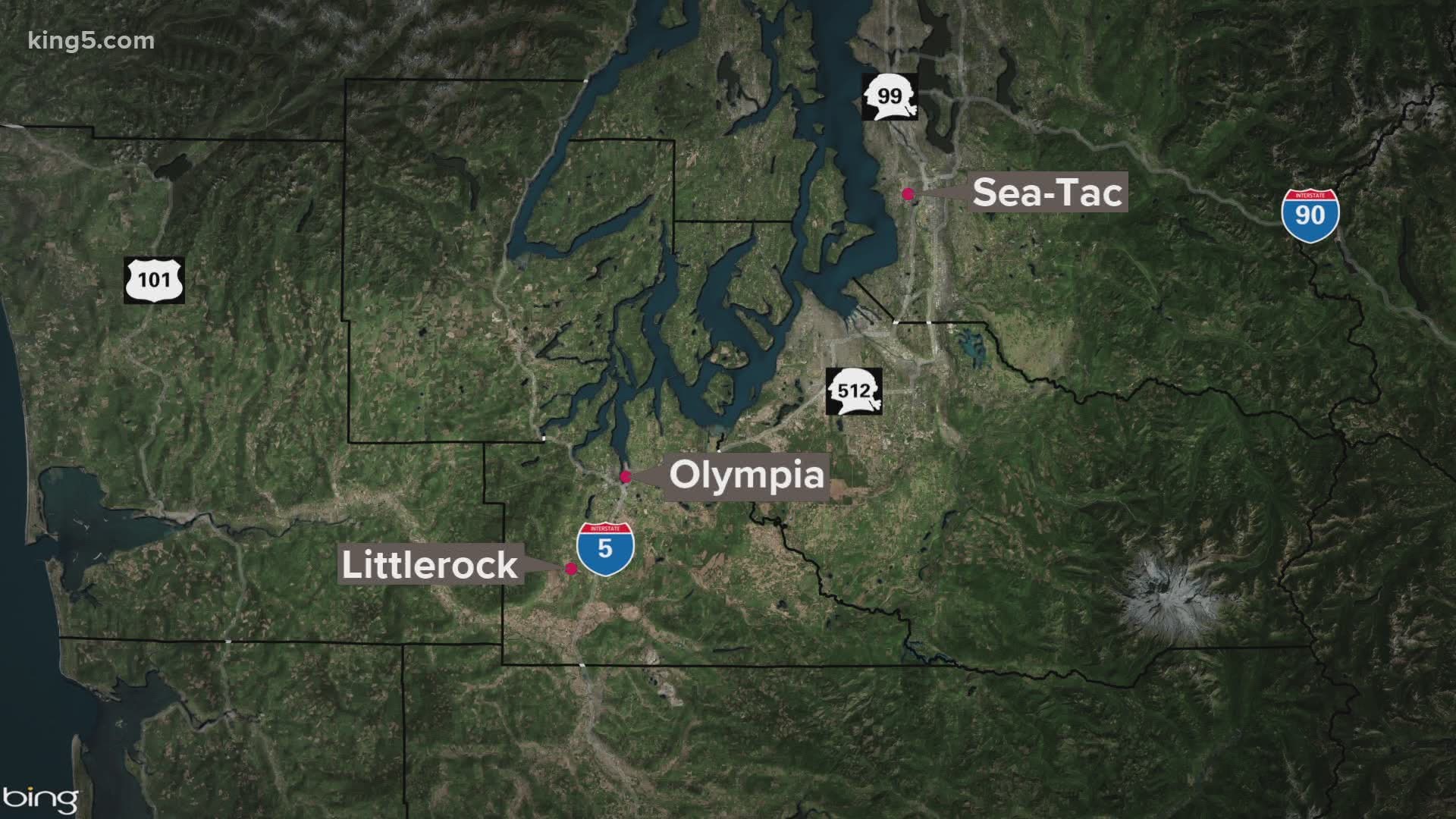 CENTRALIA, Wash. — A southern Thurston County location is being considered for construction of another large airport in Washington state to meet the increasing need for aviation capacity statewide.

The Daily Chronicle reported that the Washington state Commercial Aviation Coordinating Commission conducted a straw poll with its 25 members that resulted in more than half voting for development of existing airports and construction of a new airport, similar in size to the Seattle-Tacoma International Airport.

"Developing one large airport (Ideally in the South Portion of the Puget Sound Region) not only alleviates current congestion but also minimizes pollution associated with extended ground travel to existing airports. It allows the region to benefit and compete for domestic/International business," members said in published survey comments.

"Economically this seems more feasible to capitalize on existing regional infrastructure. This would also diversify secondary impacts to the multi-modal aspects associated with supporting airports. This also seems like it would be easier and more acceptable to local communities that would benefit from modest expansion at their local/regional facility. At the end of the day, this may be the first step in the process to sighting another SeaTac sized airport 40 years down the road," the CACC said in survey comments.

Thurston County Commissioner Tye Menser said projections show that the state will need twice the capacity for air travel by 2050.

A location north of Littlerock is being considered.

No finalized decision has been made.