Life-sized ice castle is a labor of love for this Washington state ski area. 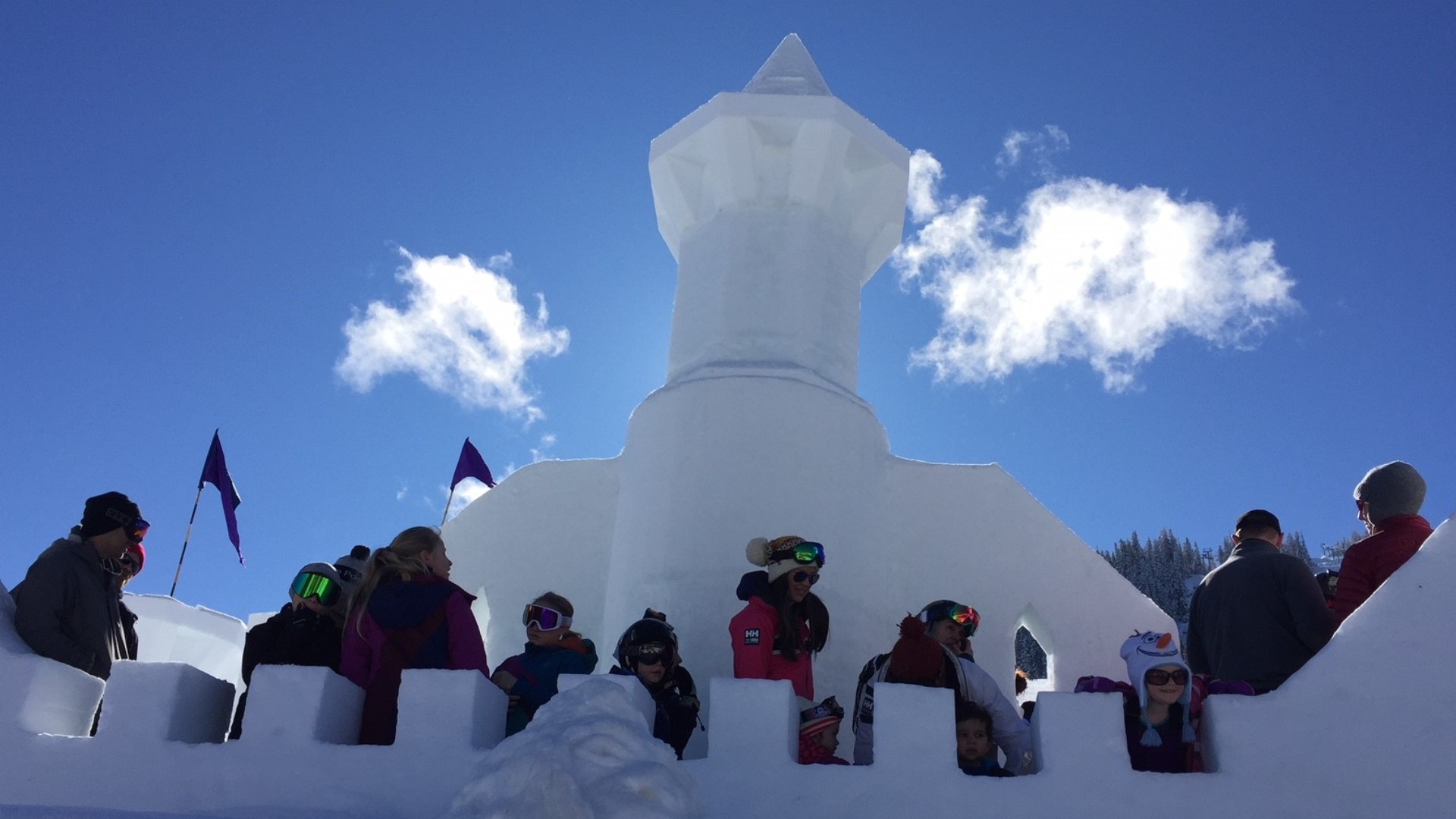 NACHES, Wash. — EDITOR'S NOTE: This segment was shot prior to the COVID-19 pandemic in 2018. Unfortunately, the "King of the Castle," Dave Ruby, passed away in the summer of 2020. The White Pass crew will b e building a castle again this year in his honor. Check their website at skiwhitepass.com for updates.

It's got Merry Men.

Every year, volunteers work for two weeks building a life-sized snow castle for the White Pass Winter Carnival. Evening met up with the building team in 2018.

"It's a day where we invite the entire Highway 12 corridor to come play in the snow. It's one of those things that, if you're a kid, you're welcome, if you're not a kid, you'd better come up and act like one,” said Kathleen Goyette, marketing manager for White Pass.

It's a tradition that started at White Pass in 1985 when Dave 'Spike' Mahre - the father of Olympic medalists Steve and Phil Mahre – built a snow castle on the lower slopes of the ski resort he managed. One castle led to another. Because as anyone who's seen Frozen can attest, snow castles are pretty cool.

Spike has since passed, but Dave Ruby helped his friend with those first castles. Ruby and his Castle Crew decided to carry on the tradition.

"The volunteers are all long time White Pass people, they all love this place,” Ruby said.

Why do they do it?

“Because we're crazy?” He laughed.

“It's pretty special, you know? They're all up there working, and they all enjoy it, and they're all wonderful people," said Ruby.

The next day is bluebird – with fresh snow from the night before. Ruby added the final touch to the castle; a banner honoring his friend Spike Mahre.

White Pass Winter Carnival begins with a test of the castle's main feature, an inner-tube run. Another tradition is that the Castle Crew takes the first run. They scream down the hill, and the magic works. Grownups become kids.

Then hordes of actual kids invade and Dave Ruby gets his reward: “All of the giggles, and laughter and smiles and the wonderment of such a magical thing," Ruby said, in between woo-hooing encouragement to sliders.

The magic continues at night with another tradition. A torchlight parade of skiers winds down the slope. And then there’s a fireworks show (One of White Passes ski patrollers also happens to be a pyrotechnics expert).

It’s like Disneyland, only better. A Pacific Northwest version of The Magic Kingdom where everyone plays in the snow ... happily ever after.

"This place is kind of a leveling place, where people from all walks of life come together to have a good time and share this mountain and yeah.” Ruby smiled. “It's pretty special."

EDITOR'S NOTE: This segment was shot prior to the COVID-19 pandemic in 2018. Unfortunately, the "King of the Castle," Dave Ruby, passed away in the summer of 2020. The White Pass crew will b e building a castle again this year in his honor. Check their website at skiwhitepass.com for updates.