A Washington climbing team helped their friend, who has muscular dystrophy and uses a wheelchair, scale part of El Capitan in Yosemite National Park. 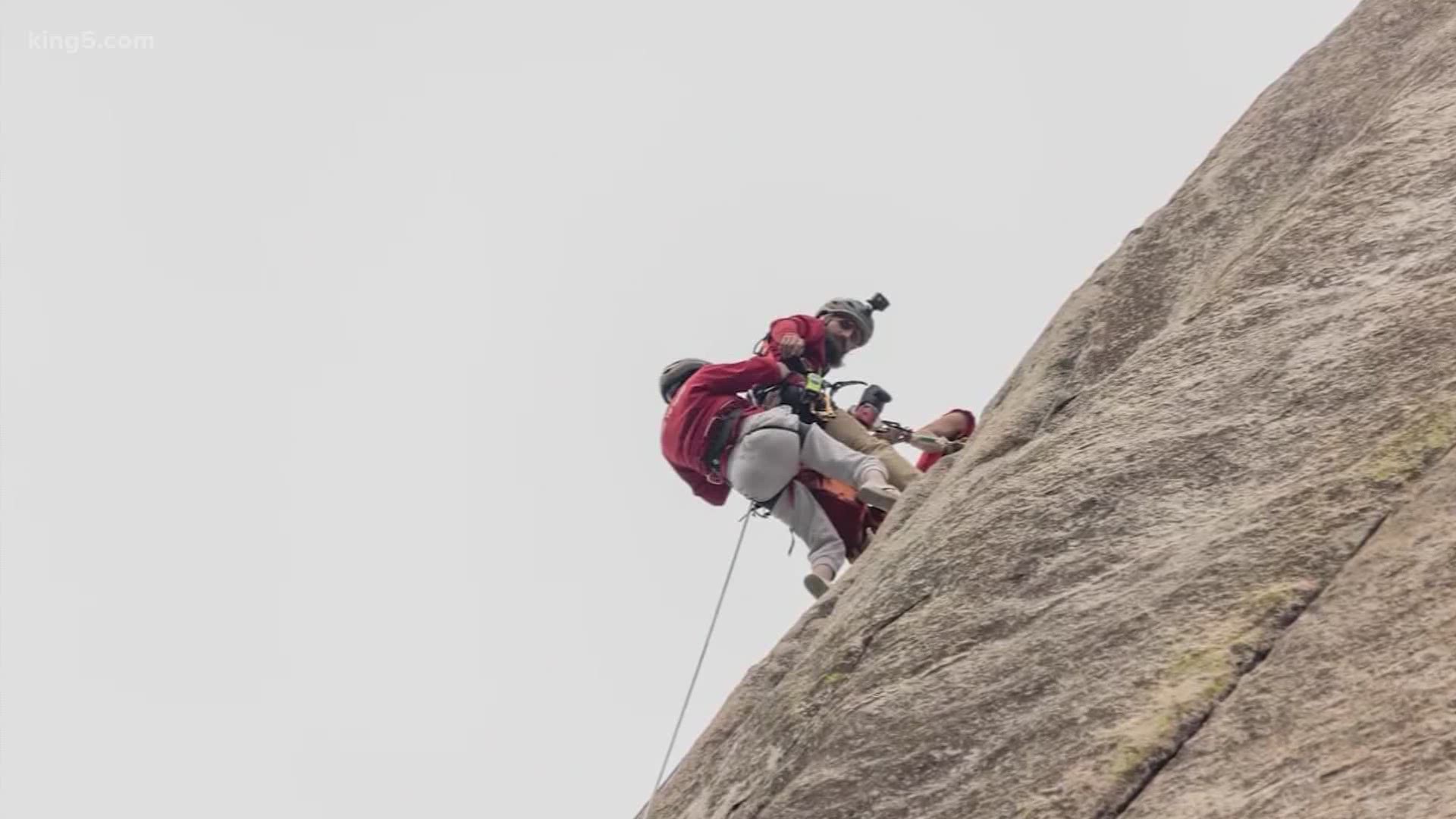 A Washington climbing team helped their friend, who has muscular dystrophy and uses a wheelchair, scale part of El Capitan, a vertical rock face in Yosemite National Park.

“So many times, we let fear control our lives and I wasn’t going to let that happen,” said Shue Vang, 30, who cannot use his legs and is losing strength in his upper body.

A team of four climbers carried Vang to the base of El Capitan on Sunday and used an electric rescue device to help pull him about 400 feet up the mountain. The climbers were secured to the granite by ropes the entire way.

“It's crazy!” Vang said, as he took in the view. “It's literally a vertical rock!”

“We have so much to be thankful for that most of us just take for granted,” said Calvin Kim, an Olympia dentist who met Vang, a high school teacher in Fresno, last year through F5 Challenge, a faith-based adventure group that organizes hikes and climbs.

Kim didn't want to see Vang miss out on outdoor experiences, so his group wheeled and carried him 5 miles along a trail in Zion National Park.

“He treats me like a little brother and that's something that's really hard to find in this world,” Vang said.

They planned some large group climbs for this summer, but had to cancel because of COVID-19. They instead got a small crew together and headed to Yosemite, which had reopened.

“He's growing and his thirst for adventure is growing,” Kim said.

“I've been letting muscular dystrophy control my fear of things and asking for help for the last 29 years. So when it came to El Cap, I told Calvin, ‘Hey, I don't need to think twice. Let’s just do it and let's go for it,’” Vang said.

Muscular dystrophy is robbing him of his strength, but it's not sapping his ambition.