Knutson Farms has become a destination for fun on a farm! #k5evening 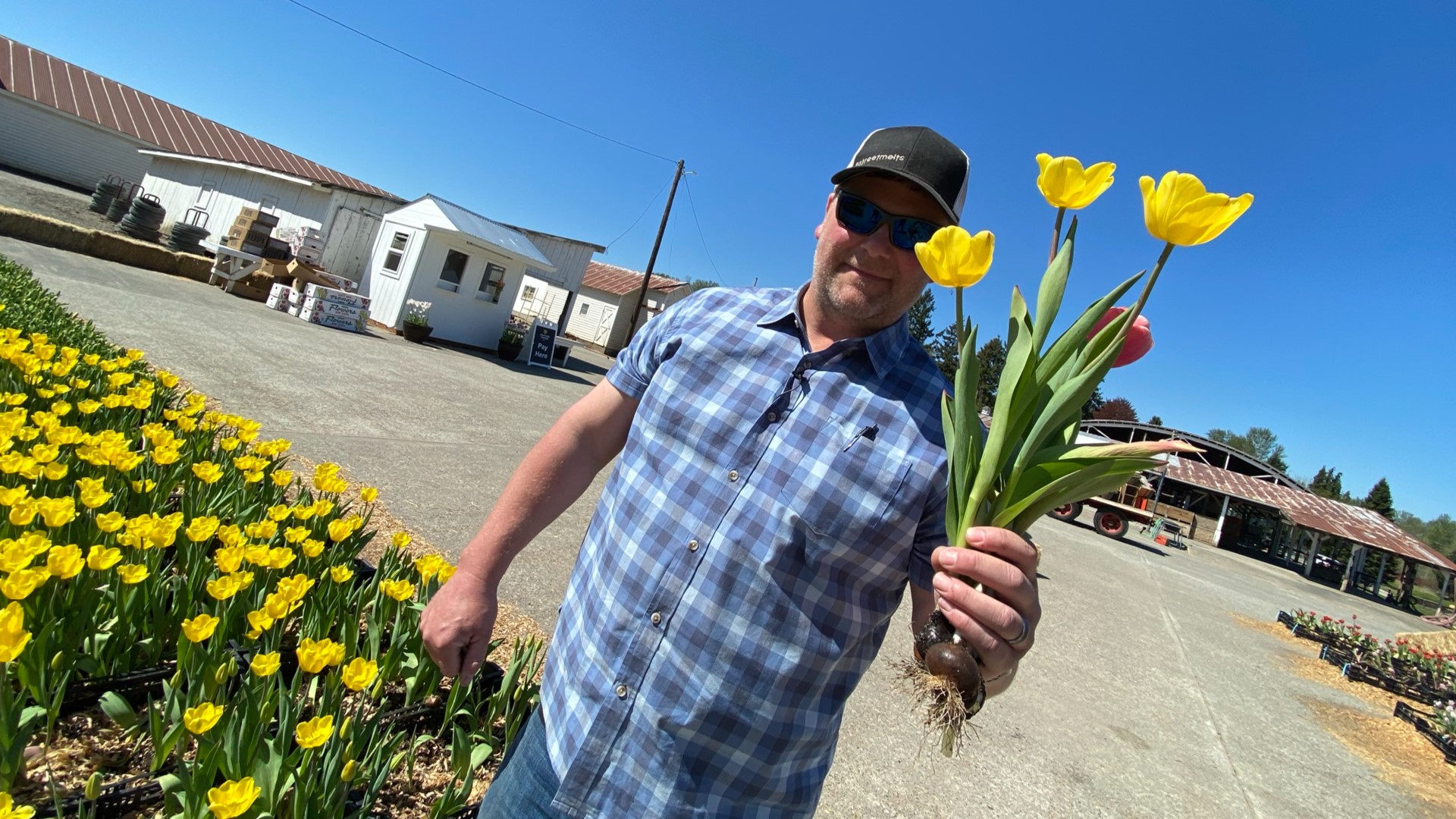 SUMNER, Wash. — The Skagit Valley isn't the only place in the PNW that has tulip fields: Knutson Farms in Sumner has been growing them for decades.

"Harold Knutson came out of the dust bowl and he came here worked on this farm and eventually end up buying the farm,” said Brian Anderson, who married into the Knutson family and switched from teaching and football coaching at a nearby high school to being General Manager of this family-owned business. This year, for the first time, they're trying something new:

“We've always sold wholesale and with shrinking margins, we're trying to sell some of our own stuff retail and trying to think outside the box a little bit how on how to generate other sources of revenue."

You can do more than just tiptoe through these tulips - you can pick 'em. Bulb and all! Store the bulbs properly in a cool dark place like a garage, plant them in fall, and chances are they’ll come back up in spring. “So it’s kind of a two-for-one.”

They call it 'The Spring Bloom' - along with picking their own flowers visitors can pet friendly goats, meet hungry piglets and explore a working farm.

You can also pick up a bundle of Sumner's signature crop - rhubarb - harvested straight from the field. Fun fact: Sumner is ‘The Rhubarb Pie Capital of the World’. "We ship a lot of rhubarb I think last year we shipped over one million pounds of rhubarb,” said Anderson.

Knutson Farms still raises wholesale food and flowers, but by sharing their bounty in person in their store - and in their fields - they plan to thrive for years to come.

"The farm means a lot to the family and it means a lot to the community, it's like we're standing on the shoulders of the guys that came before us and I'm doing that with my father-in-law and he's done that with his father. It’s generational and hopefully we can keep it going,” said Anderson.

U pick tulips will be wrapped up after Mother’s Day and Knutson Farms retail store is open Wednesday through Sunday 9 – 5 through fall.