The ferry system is down a boat or using smaller or slower crafts on almost every route due to an engine fire on the M/V Wenatchee in April. 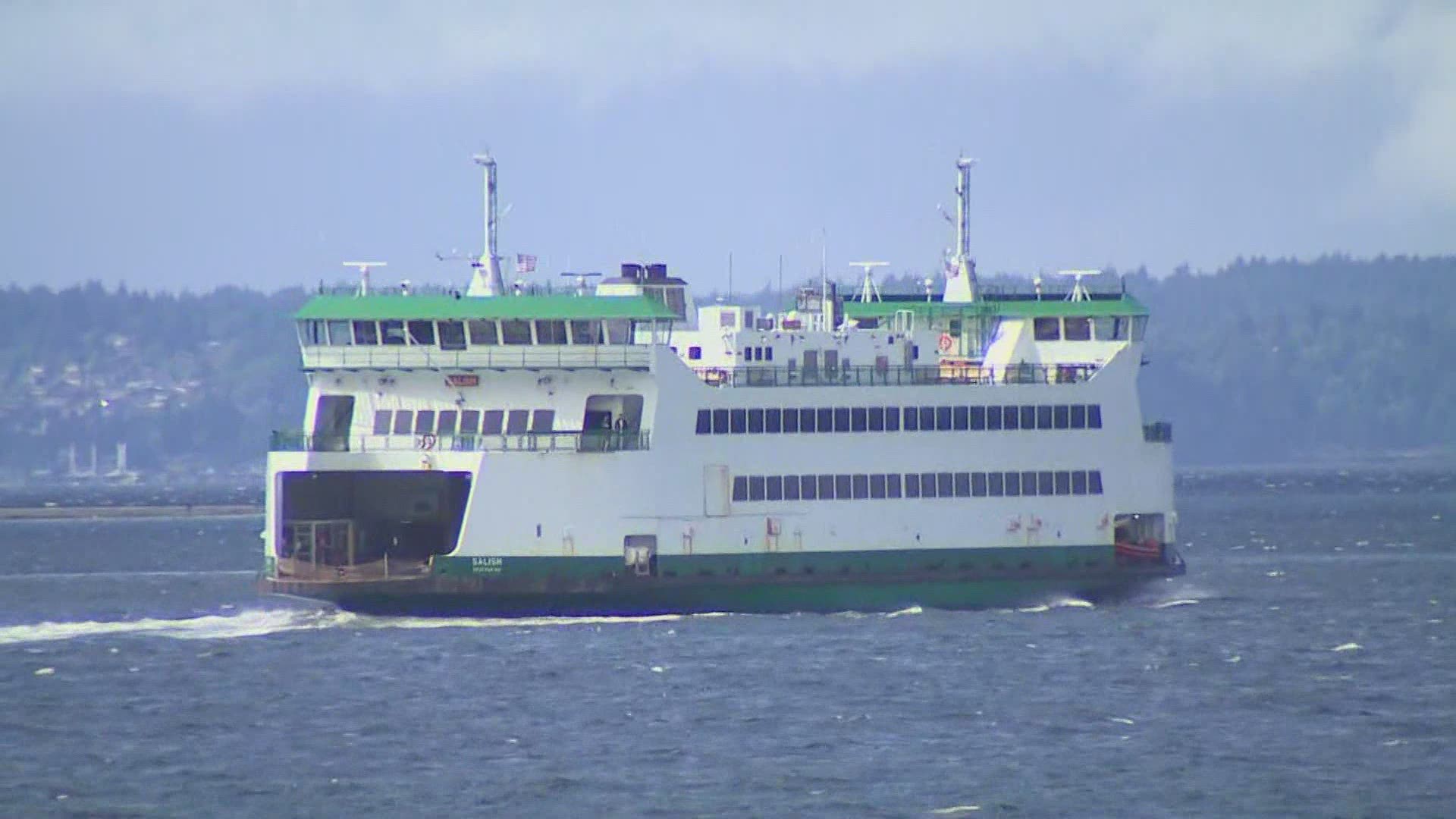 SEATTLE — A cascade of problems could mean a tough holiday weekend for ferry travel. With the M/V Wenatchee out of service because of an engine fire during sea trials, the resulting shuffle means almost every ferry route is either down boats or using smaller or slower craft.

“It's a very challenging time right now, I would consider us in a dire situation,” he said. “It’s probably one of the worst we've seen in many, many years. We're operating with less boats than we ever have.”

Twenty-one boats comprise the Washington ferries system, the largest in the United States. But a decade without new craft has left them with thin operating margins, especially with a large Jumbo Mark II class ferry like the Wenatchee down for what will likely be months.

Officials say other factors are exacerbating this issue too – an aging and retiring workforce, slowed replacement training during social distancing measures and employees out for either potential COVID-19 cases or vaccination appointments and side effects.

Finally – this is the first holiday travel weekend with relaxed coronavirus restrictions, which could lead to a surge of people visiting friends and family under new CDC guidelines.

Mark Joy, who lives on Vashon Island, has noticed the slowdown in his commute. He spoke to KING 5 waiting in line to catch a ride home Thursday. The Fauntleroy-Vashon-Southworth route usually operates with three craft and is currently down to two.

“Anytime it’s down to two, that’s an inconvenience,” he said. “Even just this morning driving in to work, the boat was 15 minutes late. I’m used to it, expect it at this point.”

Other routes impacted include the bustling Bainbridge-Seattle run, which is operating with smaller craft. Though the San Juans are still running four boats, they offer a smaller capacity, Warr said.

Warr said wait times could get long this weekend, so he recommends avoiding peak times – westbound Friday afternoon and evening, and eastbound at the end of the long weekend.

Faced with that, Joy said he’d reconsider a planned dinner with friends in West Seattle on Friday night.

“I think we’ll just try to walk on and take an Uber to avoid the traffic,” he said.

Big upgrades are planned for the ferry system over the next 20 years – 13 boats to be retired and replaced and three additional craft to expand the system.