The department did not expect a weather incident that would require pre-treatment. 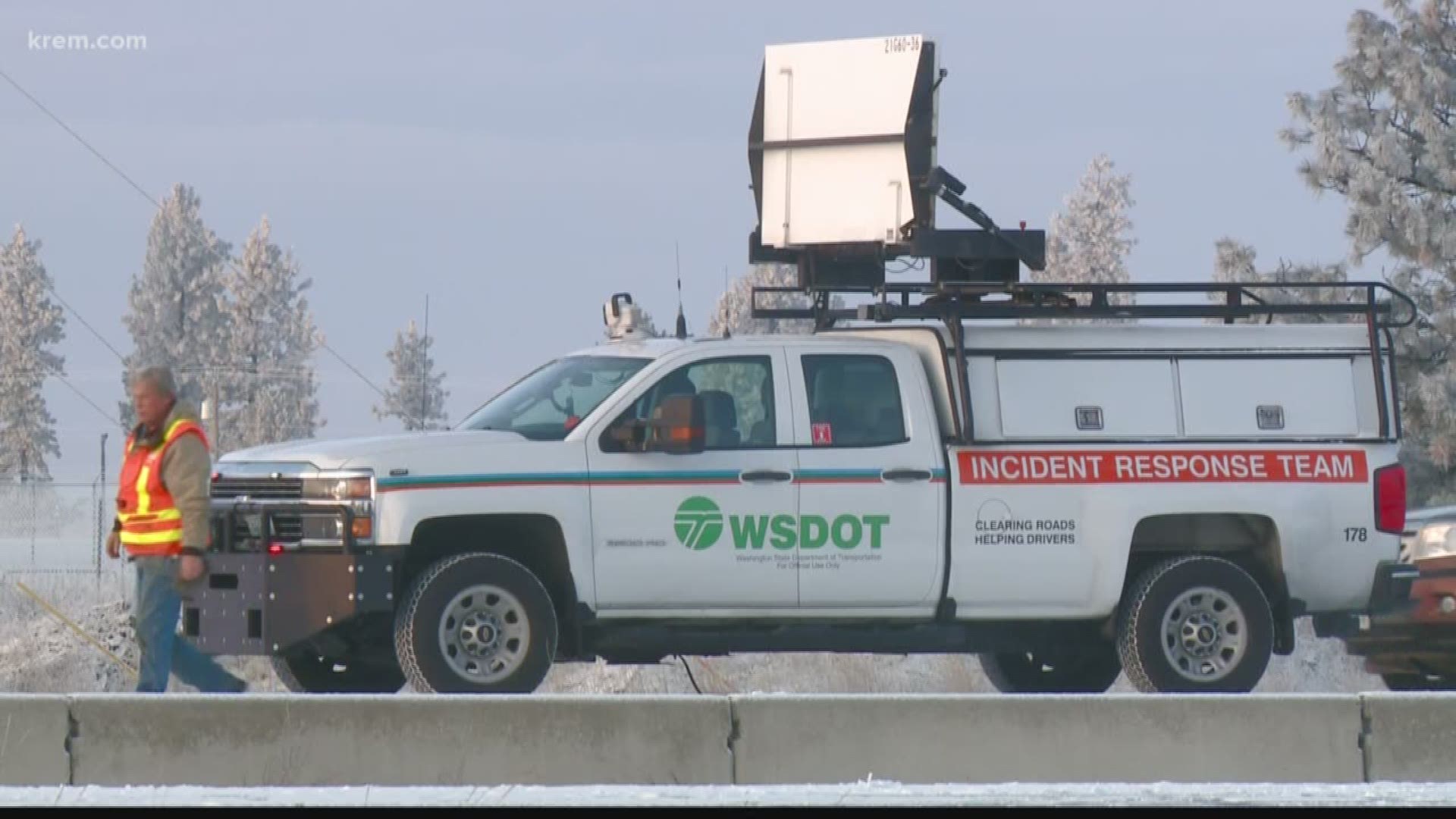 The above video is reporting from the crash Tuesday night.

SPOKANE, Wash. -- A massive pile up on Interstate 90 near Geiger Road blocked traffic for about five hours Tuesday evening.

Fire crews said the crashes are the result of a domino effect.

Thankfully, though, no one was hurt.

Washington State Department of Transportation told KREM 2 crews did not pre-treat the interstate ahead of the snowfall last night.

Spokesperson Beth Bousley said that's because the department did not expect a weather incident that would require pre-treatment.

She explained WSDOT uses information from the weather service and real-time local conditions to determine how to pre-treat and treat roads for snow and ice.

According to Bousley, none of that information predicted the unique snow event in the area of Geiger Road on I-90 Tuesday night.

As for who makes the call on treating roads, Bousley said it's a team coordinated effort.

She would not speculate on whether Tuesday pileup could have been prevented. But she suggests drivers may have been traveling too fast for the sudden change in road conditions.

RELATED: Judge hears motion to bar I-976 from taking effect