When roads ‘blow up’: How heat could play a role in pavement durability

We are reminded how a hot day can expand everything from highway pavement to railroad electrical wires. But where are we heading in the future? 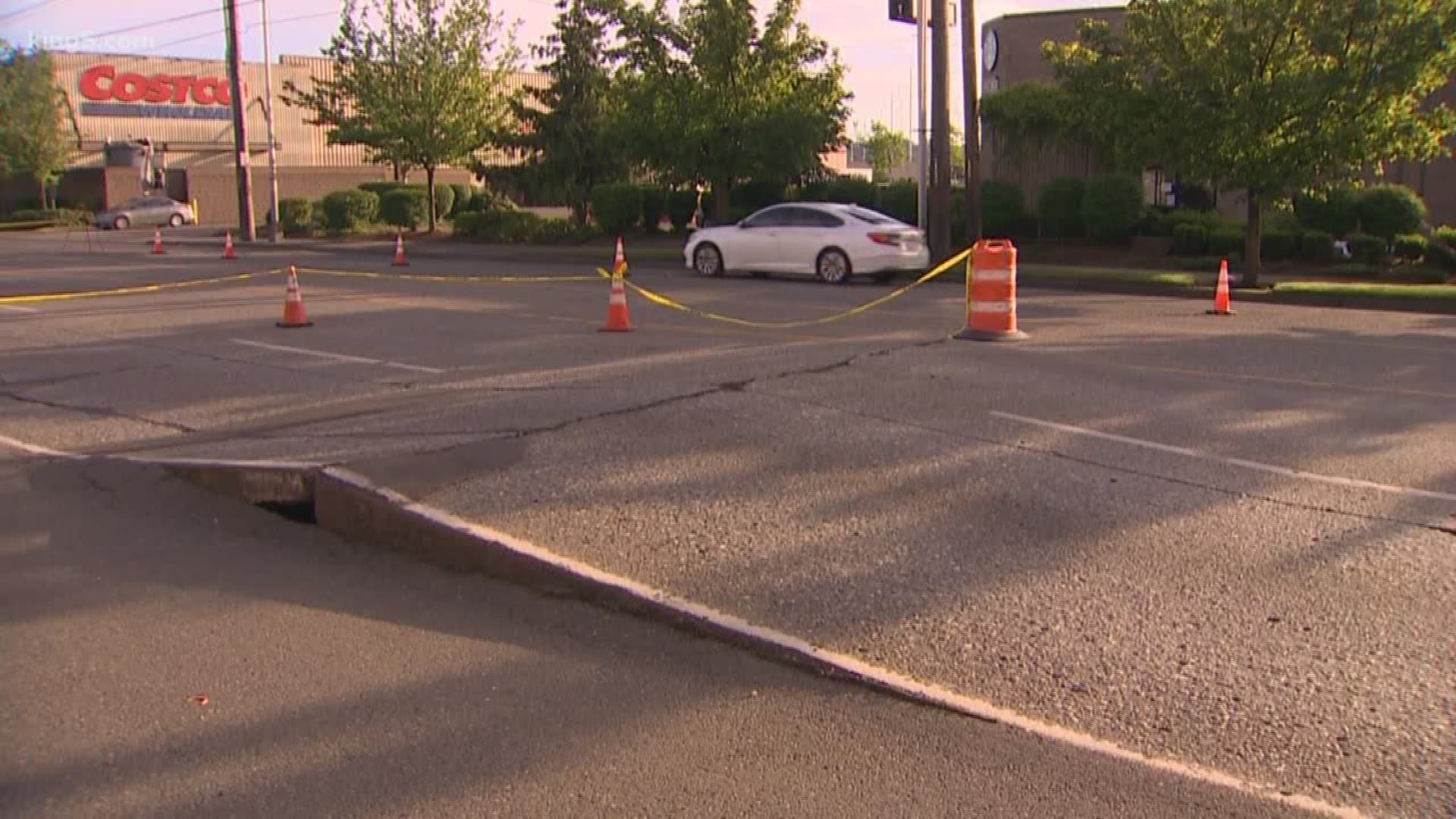 SEATTLE — Seattle hit a record 95 degrees on Wednesday, the hottest June 12 on record and the hottest day of 2019 so far. The record heat is what likely caused a part of 4th Avenue S. to buckle in Seattle’s SODO neighborhood.

We’ve seen it before. The rays from the sun heat up pavement hotter than the surrounding air. When things get warm, they expand. If they expand too much they break, twist, buckle, stretch, and sag, depending on the material. When they freeze, most material other than ice contracts.

The stretch of concrete panels that make up 4th Avenue S. past the Costco was poured more than 50 years ago, the Seattle Department of Transportation said.

The road was poured in sections complete with expansion joints, which may have been part of the reason why the road buckled Wednesday, according to Steven Muench, professor of civil and environmental engineering at the University of Washington.

"Stuff gets into expansion joints and there's no place to go," Muench said.

The expansion joints fill up with all sorts of debris including rocks, broken concrete, and other hard materials. When the concrete panel expands, it has no place to go and the panel can "blow up," Muench said.

He said about all you can do to avoid a "blow up" is to make sure the joints are clear, or preferably filled with a rubber-like material to keep that kind of debris out. However, that requires maintenance. Muench said for those and other reasons expansion joints in roads have largely gone out of favor.

Muench is also on a team working for the Federal Highway Administration on pavement resilience.  Part of his work involves climate change and how engineers are beginning to try and figure out how climate change will affect what we drive on in the decades ahead.

"What's gaining a lot of favor is the concept of resilience in terms of climate change,” Muench said. “To anticipate the change and how you recover.”

Muench said one of the problems is there is no history looking back, the job is to try and calculate what to plan for going forward.